A regulatory morass could sink the tie-up between the sporting goods giants.

The wheels look like they're coming off the merger between Bass Pro Shops and Cabela's (CAB). It appears the hurdles for successfully navigating the regulatory landscape are more hazardous than originally believed. Not only has the Federal Trade Commission sought more information about the transaction, delaying the potential closing deadline, but the regulatory request has jeopardized the sale of Cabela's financial arm to Capital One.

Still struggling with a changing retail landscape, Cabela's agreed last October to be acquired by privately-held rival Bass Pro Shops for $65.50 per share, or about $5.5 billion, including debt. It was a decent price for the outdoors retailer, representing a 19% premium to Cabela's closing price on Sept. 30, the day before the acquisition was announced. It was also a 40% premium to its closing price on Dec. 1 of the previous year, the day before Cabela's declared that it was exploring strategic alternatives. 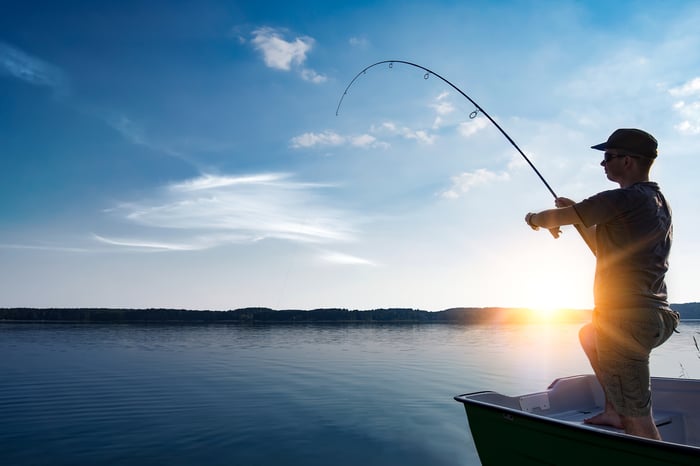 Those options, which had always included a potential sale of the company but were also thought to focus on selling its World's Foremost Bank division, were brought about by activist investor Elliott Management, which had taken a 11% stake in the company, saying it would push management to sell everything. When Cabela's share price is viewed from that perspective, the Bass Pro offer is almost double the price the stock traded at the time.

And there didn't seem to be any doubt the deal would sail through. The transaction was obviously a good fit for the two since both retailers target the same customer and even offer a fairly similar retail experience. It would also allow Bass Pro to better compete against rivals like Dick's Sporting Goods, whose preeminent position was being bolstered by the shakeout occurring in the outdoor recreation space. City Sports declared bankruptcy, as did Eastern Mountain Sports, Sport Chalet, and of course, Sports Authority.

Despite the similarities between Bass Pro and Cabela's, though, there were enough degrees of separation that should have allowed the deal to move forward with relative ease. Cabela's operates some 80 stores in 36 states, mostly in the West, with nine more locations in Canada. Bass Pro Shops has about 100 stores, mostly in the Midwest and East Coast. Moreover, Cabela's specialty is hunting while Bass Pro's is, as its name implies, fishing.

But a deal of this size, even in the $76 billion hunting and fishing industry, invites regulatory scrutiny from an FTC that has not shown favor toward large mergers. Even so, the deal seemed to have a good chance of success, and it even brought in Capital One Finance to take over the banking operations of Cabela's. In a side deal from the merger, Capital One agreed to pay about $200 million to originate and service Cabela's co-branded credit card for 10 years while acquiring the credit card operations, which is one of the country's biggest issuers by volume.

Still banking on a win

But the deal looks like it's unraveling. Although the FTC's request for more information is not a death sentence -- Anheuser-Busch also got a second notice request in its pursuit of SABMiller, which was ultimately approved -- it's going to be more complicated and may require divestitures that will delay any potential closing date for some time.

Also, in Capital One's fourth quarter earnings conference call with analysts, Chairman and CEO Richard Fairbank said it was all but out of the running to get the credit card business. "Within the next week or so, we expect to either withdraw our bank merger act application or have our application denied by the OCC [Office of the Comptroller of the Currency]".

While a bank would normally just withdraw an application before it was denied, because Capital One's deal is tied up with the merger, it needs to get Cabela's permission to withdraw, which the retailer is apparently loathe to do. And because Cabela's credit card operation is chartered as a bank, the merger requires the approval of the comptroller. 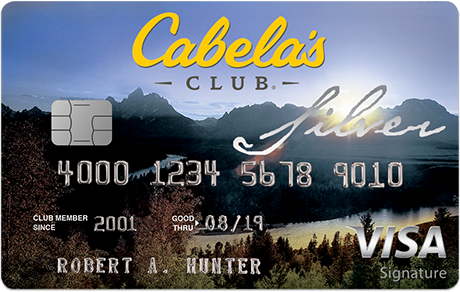 Headaches of its own

Regardless, with these delays, Capital One won't have time to refile an application. It is currently still operating under a consent order from the comptroller due to money laundering laws it violated a few years ago from a check-cashing business it once operated.

And while Capital One hasn't updated the status of its application as of this writing, it's seems to be out of the running. While that could open up a chance for another card issuer to step forward, Bass Pro will probably have to manage the portfolio in-house for awhile, perhaps putting it up for sale later on -- if it gets the nod from regulators, of course.

Bass Pro Shop's hunt for Cabela's is becoming stuck in a regulatory thicket and could ultimately fall apart, raising questions of whether investors will ever see that buyout premium they are hoping for.