The first quarter of 2017 was weak across the board for U.S. department stores. Multinational department-store giant Hudson's Bay (TSX:HBC) was caught up in the carnage. Comparable store sales fell 2.9%, and the company posted a big quarterly loss.

Sales trends improved at many of Hudson Bay's chains during the second quarter. However, gross margin plunged, causing the company to report another big loss. These weak results highlight how Hudson's Bay -- and especially its Lord & Taylor chain -- cannot compete effectively with its top upscale rival, Nordstrom (NYSE:JWN).

In the first quarter, Hudson's Bay reported flat comp sales for its European operations but a sharp comp sales decline in North America. In constant currency, comparable-store sales fell 2.9% on a companywide basis.

Gross margin declined to 41.7% from 41.9% a year earlier, while operating expenses increased, excluding one-time items. As a result, Hudson's Bay's adjusted earnings before interest, taxes, depreciation, and amortization (EBITDA) fell by C$83 million year over year to a loss of C$21 million. 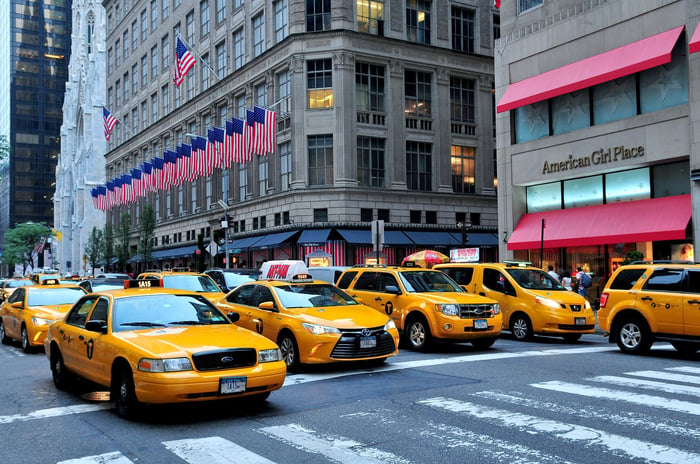 Lord & Taylor seems to be the problem

Hudson's Bay doesn't report separate financial results for each of its chains, so it's hard to be exactly sure how they're doing. However, we do know that the Saks chain posted a comp sales increase last quarter and that the namesake Hudson's Bay chain in Canada has been posting steady growth recently. Furthermore, the company's European operations have been performing decently, and trends are improving for Hudson's Bay's off-price business.

The Lord & Taylor chain seems to be the weak link. Lord & Taylor competes against Nordstrom in the more affordable part of the U.S. luxury retail market. However, its store footprint is heavily concentrated in the Northeast.

Based on management's commentary, it's clear that Lord & Taylor has been producing the worst comp sales results among Hudson's Bay's major chains over the past year. It is also facing gross margin pressure from the tough competitive environment; for example, it has started offering discounts in its cosmetics department, according to The Wall Street Journal.

Lord & Taylor simply doesn't have Nordstrom's brand power. As a result, it may not be able to stabilize its sales. Hudson's Bay has put a new dedicated Lord & Taylor leadership team in place and announced a big cost-cutting program, but this seems like too little, too late.

Activist investors could push Hudson's Bay in the right direction

While Hudson's Bay continues to rack up big losses, the company owns lots of valuable real estate. Activist investment fund Land & Buildings Investment Management has been pushing the company to focus on monetizing this real estate while closing underperforming stores.

Following Hudson's Bay's lackluster earnings report, Land & Buildings renewed its call for the company to take bolder action to maximize shareholder value. It also lambasted management and the board for a lack of transparency.

For example, Austrian real estate company Signa Holding is apparently interested in buying all or part of Hudson's Bay's European operations. Hudson's Bay has also hired a financial advisor to explore strategic options such as going private, according to a Reuters report. Yet management didn't mention either possibility in its Q2 earnings report or the subsequent earnings call.

Hudson's Bay certainly isn't a retail train wreck like Sears Holdings. Nevertheless, it's troubling that the company keeps losing money despite having great real estate assets. Investors can only hope Land & Buildings will force management to make the drastic changes necessary for Hudson's Bay to meet its full potential.