Department store giant Hudson's Bay (TSX:HBC) has presented investors with a conundrum in recent years. The company owns an extremely valuable portfolio of real estate, including downtown locations in many major cities and stores in some of the best malls in North America. However, its retail business has been consistently unprofitable.

Not much changed at Hudson's Bay last quarter, even as major U.S. competitors like Nordstrom (NYSE:JWN) started to find their footing. Investors are counting on recently appointed CEO Helena Foulkes to steer a swift turnaround at the company.

Hudson's Bay has a major presence in the United States. It owns the Saks Fifth Avenue and Lord & Taylor department store chains, as well as the Saks OFF 5TH and Gilt off-price businesses.

Much of the company's underperformance over the past three years could be traced to broader weakness among U.S. department stores, including upscale rivals such as Nordstrom and Neiman Marcus. The retail environment has improved dramatically in recent months, though.

Thus, Nordstrom posted a 2.6% comparable-store sales increase last quarter. This marked a big improvement over the 0.1% comp sales gain it reported for the first nine months of fiscal 2017. While profitability declined, that was driven primarily by Nordstrom's substantial growth-related investments.

But results are mixed at Hudson's Bay

Saks Fifth Avenue -- Neiman Marcus' biggest competitor in the ultra-luxury market -- has also experienced a turnaround during the past year. Comp sales increased for the third consecutive quarter during Q4, rising 2.1%. (This still trails Neiman Marcus' sales performance by a wide margin.)

The Hudson's Bay chain also posted a 30th consecutive quarter of comp sales growth, boosted by its position as the last department store standing in Canada.

However, these pockets of success were offset by dismal results elsewhere. Comp sales fell 3.4% in Europe and plunged 7.6% for the company's off-price business. Furthermore, the main "department stores group" segment posted a 2.6% decrease in comp sales, indicating that the increase at the Hudson's Bay chain was more than offset by another sharp comp sales drop at perennial laggard Lord & Taylor. The net result was an ugly 22% adjusted EBITDA decline for the company as a whole.

Management indicated that poor execution of a recent cost-cutting effort undermined sales last quarter. As a result, Foulkes sees some easy fixes that could get Hudson's Bay moving in the right direction again.

Management expects free cash flow to improve significantly in 2018, thanks to a combination of inventory reduction, lower capital spending, and cost cuts. However, even those moves are unlikely to get Hudson's Bay back to cash breakeven until 2019 (at best).

Thus, Hudson's Bay may need to take bolder actions to improve its financial performance. As I have previously argued, it may be time to shutter the Lord & Taylor chain -- converting stores to the Saks banner where that makes sense and selling others. 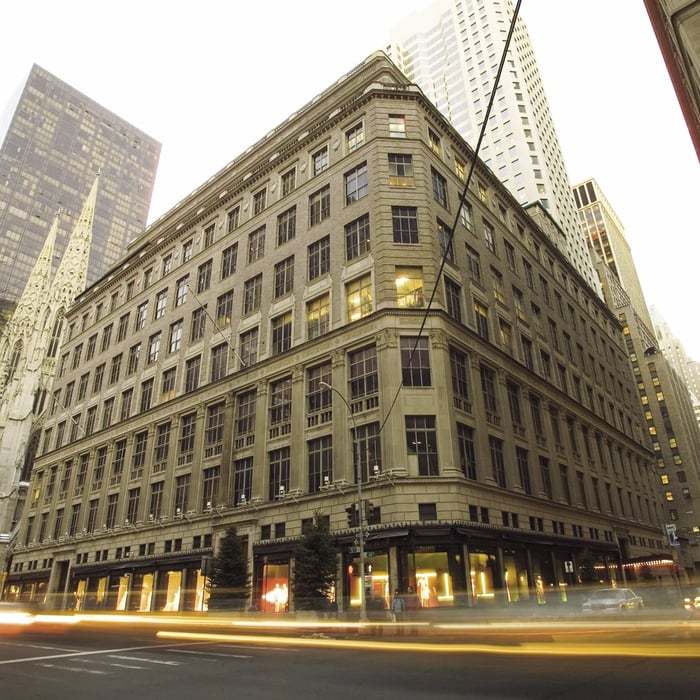 Based on her comments during Hudson's Bay's recent earnings call, Foulkes seemed confident that the company could get back on track in Europe. By contrast, she said that she needed more time to evaluate the problems at Lord & Taylor and in the HBC Off-Price division.

Later in the call, Foulkes said that there would be "no sacred cows" as she went through her review. That certainly makes it sound like she would sell or shut down money-losing parts of the business where there's no clear path to profitability. However, Foulkes isn't committing to any particular changes yet. It remains to be seen just how far she's willing to go in her efforts to bring Hudson's Bay back to sustainable profitability.