There's a juicy melodrama playing out at Automatic Data Processing (NASDAQ:ADP). While the company has actually performed quite well over the past few years, activist investor Bill Ackman thinks it can do much better, and recently purchased an 8% stake in the company. He backed his thesis up with a 168-slide, three-hour presentation. I read it (you're welcome!) to distill the relevant points.

Ackman's main point is that Automatic Data Processing, the leader in payroll processing, has not invested correctly in software and technology, which has allowed upstart competitors such as Workday (NASDAQ:WDAY) and Ultimate Software (NASDAQ:ULTI) to release better products and take market share.

Ackman believes that ADP, started by accountants, has brought innovation through acquisitions, which have never been fully integrated. Many of these systems rely on legacy COBOL code from the '90s, which not only makes them difficult to use but also makes it difficult to attract top software engineering talent.

While company cheerleaders claim ADP's business model is high-touch and focused on the first-class service, Ackman's team believes the focus on sales and support is only necessary because the company's products are buggy and don't work well.

While a large back-end integration would require a large initial investment and potentially disrupt operations, Pershing believes it's necessary, and that the riskiest path is actually the status quo. 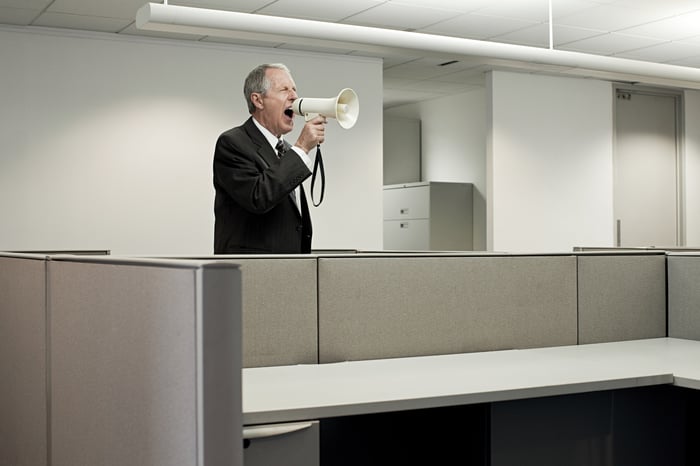 Ackman also called out the company for having bad incentives in two respects. One, each business unit -- small-medium business (SMB), mid-market, enterprise, and Canada -- has its own manager, CFO, and HR head. Not only is this redundant, claims Ackman, but it also causes turf wars between departments, as company executives focus on their own division at the expense of a broader overall vision.

Ackman also believes there is a misalignment on executive pay, claiming yearly sales goals align employees and executives with incremental improvement, rather than transformational change. Ackman proposes offering a big slug of long-dated shares and options so that executives are aligned for the long term, rather than year to year.

Ackman also thinks that management is insular and that the public and the board have been kept in the dark due to complicated financials and a lack of disclosure. For instance, while the company used to discuss its business units individually, it no longer does. The same goes for the split between its core payroll and newer "Beyond Payroll" services. Ackman believes that this is done to mask a slowdown in its core enterprise services business as other newer business lines grow.

Ackman also points to the 20-year average tenure of senior management. He believes these senior executives are essentially "yes-men" (and women) for CEO Carlos Rodriguez. Ackman cites other evidence that employees lower down the ladder are dissatisfied, pointing to ADP not being on Fortune Magazine's, "100 Greatest Places to Work" list, while competitors Ultimate Software and Workday are numbers seven and 18, respectively. The company also significantly lags competitors in Glassdoor rankings, with a 3.1 rating.

So, what does Ackman think ADP could become? He believes his proposed overhaul could lead to significant margin expansion of 1,500 to 2,000 basis points (no, I did not add a zero), bringing company operating margins up from 19% to 34%-39%. That could increase 2022 earnings to $8.70, as compared with $5.70 in Ackman's estimated "status quo" scenario. At his midpoint multiple of 26 times earnings, Ackman believes the stock will be worth $238 in four years, or more than double the current price.

As proof of concept, Ackman points to two previous businesses that were spun off from ADP: Solera, and CDK (NASDAQ:CDK), each of which have almost doubled EBIT and EBITDA margins since being spun off in 2006 and 2014, respectively.

If I were an ADP shareholder, I'd be pretty nervous. ADP management was fiercely resistant to Ackman's arguments, setting up a fight in the upcoming weeks. That's not surprising, as Ackman's presentation basically called out management as out of touch, and may have alerted ADP customers to "superior" alternatives in the market. On the other hand, even if Ackman is successful in getting the three board seats he desires, the company will likely undergo a massive overhaul over the next year or two, which is not without risks. That may pay dividends long term, but for now, with a stock still trading at a lofty 27 times earnings, I'm happy

On the other hand, even if Ackman is successful in getting the three board seats he desires, the company will likely undergo a massive overhaul over the next year or two, which is not without risks. That may pay dividends long term, but for now, with a stock still trading at a lofty 27 times earnings, I'm happy to watch the drama from the sidelines.