Shopify's growth story continued in the second quarter, with revenue, gross profits and other key metrics all jumping by high-double-digit percentages. Aside from the company's revenue and gross profit gains, Shopify also saw its merchant solutions revenue pop 64% and its gross payment volume jump 74% year over year. 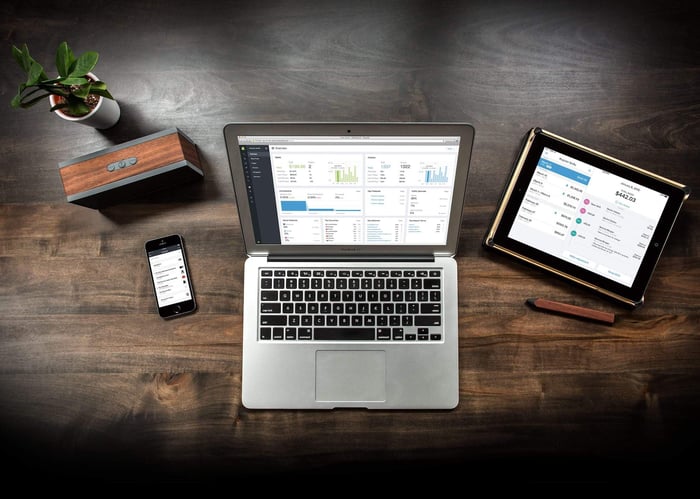 The company is still operating at a loss right now, but it closed the gap toward profitability by reporting an adjusted operating loss of just 1.9% of revenue in the second quarter, compared to 3.7% of revenue in 2016's second quarter. Shopify also beat analysts' expectations in the quarter with a per-share loss of $0.01, which beat analysts' consensus earnings estimate for a loss of $0.07.

As if all that weren't enough, the company also said in August that it now has 500,000 customers across 175 countries. That puts annual growth at an extremely strong 74% pace since 2012.

Shopify is expecting revenue in the range of $164 million to $166 million in the third quarter, which would represent a 65.6% year-over-year increase at the midpoint. That growth is likely to spur investor sentiment even higher in the coming months, but just remember that Shopify's current share price already has the expectation's for the company's future growth already baked into it to a large degree.