Blue Apron Holding (NYSE:APRN) shares were surging for the second day in a row Friday following reassuring analyst comments and CEO Matt Salzberg's defense of the company at two conferences this week. The meal-kit provider also seemed to be benefiting from a short squeeze as 40% of shares were sold short as of August. 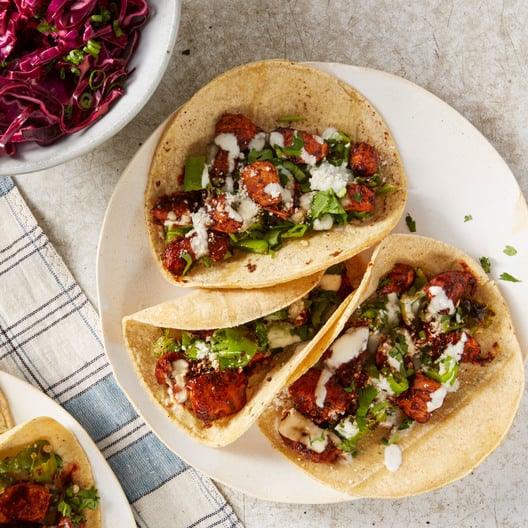 Salzberg said at Recode's Code Commerce conference that his company "isn't Amazon-Whole Foods and we're not trying to be." Rather, he sees Blue Apron as more of curated brand, asserting that its emphasis on home cooking protects it from Amazon.

He added that the company is going after a gigantic market opportunity in its "very earliest innings." From that perspective, Blue Apron only needs to win a small percentage of that market in order to justify its value today.

Cannacord analyst Michael Graham also came to the company's defense, noting that it's improving its service by adding more meal choices, increasing the number of available recipes in a given week, and allowing customers to change the numbers of meals they want from week to week. Graham also said he believed many of the company's problems were temporary, related to its shaky transition a new, larger fulfillment facility. He has a price target of $11 on the stock.

Blue Apron shares may have finally bounced off of rock bottom. It's certainly been a rough few months for the company: First it was forced to slash its IPO pricing from a $15 to $17 range all the way to $10, and then the stock fell as much as 50% from there. It's still down about 40% from its offering level.

The company's first public earnings report was a stinker, but that was at least partly due to problems with its new facility. Still, Blue Apron's biggest challenge will be proving that there is indeed a gigantic market opportunity in meal kits. Its revenue growth slowed to just 18% in its most recent report, after more than doubling last year. At this point, the market is right to be skeptical.