Turning stainless steel into gold may be tougher than it looks.

One thing I found a bit disappointing about Apple's (AAPL 3.61%) iPhone X is that, unlike the lower-cost iPhone 8 and iPhone 8 Plus phones that were announced alongside it, it won't come in a gold finish.

KGI Securities analyst Ming-Chi Kuo warned investors ahead of time that Apple would face "production problems" with the gold version of the iPhone X, potentially leading Apple to ship it in "extremely low volume" or perhaps delay the introduction of the iPhone X in that color. 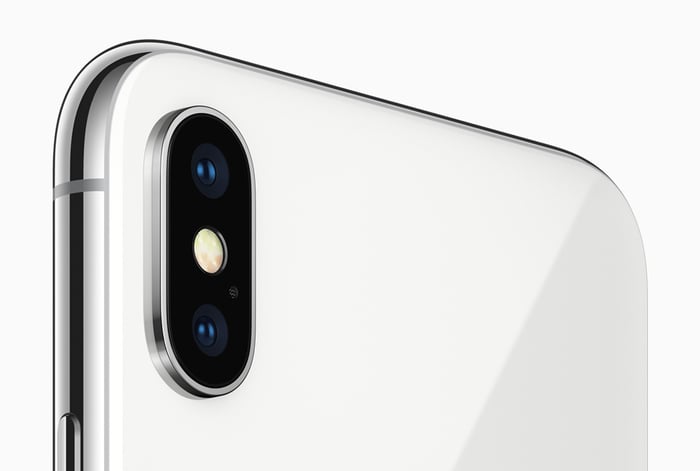 I was initially puzzled about why a gold-colored iPhone X would be so difficult to make. After all, Apple hasn't had any difficulties building and shipping the iPhone 8 and iPhone 8 Plus in gold.

However, after a little more thought, it hit me.

It's the stainless steel frame

Unlike the iPhone 8 and iPhone 8 Plus, which both employ aluminum frames, the iPhone X employs a more premium stainless steel frame. On Apple's website, the company says that for the space gray version of the iPhone X, the company employs a technique it calls "physical vapor deposition" to get the color of the stainless steel frame to "precisely match" the color of the glass on the back of the device.

I'm not much of a chemist, but it sounds to me like the casing of the space gray version of the iPhone X is more difficult to manufacture than the silver one because the stainless steel band needs to undergo this probably complex and difficult process to get the color right. The "production problems" Kuo cites for the gold version could be an indication that the process required to produce a gold-colored stainless steel band is even more difficult than what's required for the space gray version.

So, when do we get the gold iPhone X?

I've seen some speculation that Apple will introduce a gold iPhone X mid-cycle, perhaps once the production issues Kuo mentioned are worked out. Such a move certainly wouldn't be unprecedented, as the company has occasionally released new finishes mid-cycle. The iPhone 4 in white came several months after the one in black launched, for example, and Apple even introduced red iPhone 7 and iPhone 7 Plus models earlier this year.

But I'm skeptical. For one thing, based on various notes that have been circulating, Apple is going to have a tough time achieving supply-to-demand balance on the currently announced iPhone X phones when they begin to ship. Kuo, who correctly reported the production issues with the gold model ahead of the iPhone X announcement, doesn't think Apple will reach such balance until sometime in the first half of 2018.

If demand for the current models is going to be that great, then Apple has little incentive to introduce a gold iPhone X during the current product cycle. Instead, since Apple is probably going to want to bring as many selling points to the table as possible for its next iPhone models, as the likely strength of this cycle should create some very tough year-over-year comparisons, saving the gold finish for a second-generation iPhone X might make more sense.