If you think Skyworks Solutions is mostly dependent on just one company, you'd be right.

These terms are enough to make a non-techie's head spin, so it's best to think of the company's products like this: Skyworks makes the chips that help improve wireless signals and power management for devices across many industries -- from mobile devices to industrial equipment.

Now that we've got a general understanding of the company's technology, let's zero in on how it makes most of its money. 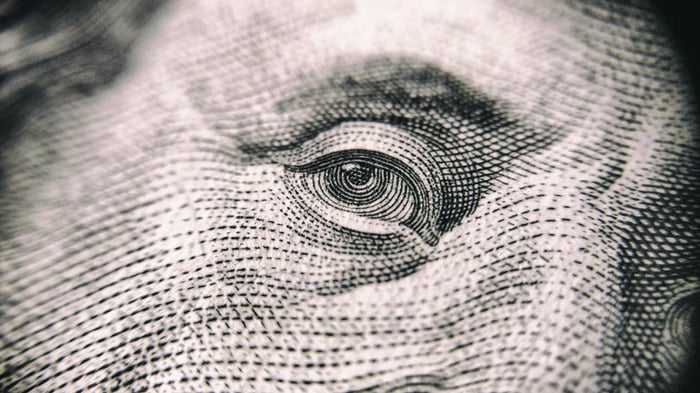 Where most of Skyworks' revenue comes from

Skyworks is often pretty coy about its relationship with Apple, and typically refers to the company only cryptically on its earnings calls and earnings reports. But investors should know that it's an open secret that Apple is Skyworks' biggest moneymaker.

Skyworks' semiconductor sales to its largest customer (read Apple) accounted for 40% of the company's revenue in fiscal 2016 and likely is pretty close to that number still. The company's management has indicated that it should benefit from the release of Apple's new iPhones and has made it very clear that it's happy getting most of its money from Apple.

Skyworks Solutions CEO Liam K. Griffin said on the company's third-quarter earnings call that "with respect our largest customer, we're going to win all the business we can with that account, that's not going to stop."

Being tied to the iPhone business has certainly benefited Skyworks, but it can also be a dangerous thing for any supplier to rely too heavily on just one company. That's why it's been good to see it slowly diversify its revenue outside of Apple's world. The company is also a key supplier for Samsung and China-based Huawei.

Skyworks is also expanding into the Internet of Things and mentioned that its "broad market" (non-smartphone business) revenue is up to $1 billion.

All of this, in addition to Apple's business, is part of the company's overall strategy. "So I think if you weave all that together, that's our strategy. And also, you have to look at the market value of the opportunity across customers. And if you look at how the shares break out, it's important to be balanced, and we certainly are," Griffin said on the call.

Having 40% of the company's revenue coming from Apple many not exactly be "balanced" in the strictest sense, but Skyworks' sales to other device makers is a clear indicator that the company knows it should have its revenue coming in from multiple sources.

Skyworks Solutions grew revenue in the most recent quarter by 20% year over year, to $900 million and GAAP diluted earnings per share jumped 36%, to $1.32. Those results surpassed even the company's expectations and management believes the fourth quarter will bring even more good news. Its financials are expected to reach record levels, with $980 million in sales and earnings per share of $1.75.

Skyworks Solutions' business with Apple and appears to be strong and that's helped drive up the company's share price about 55% over the past 12 months. The only thing I'd encourage investors to do is to keep a close eye on the company's component sales to Apple. Skyworks needs to keep its Apple business stable as it slowly builds out its other prospects, and any pullback from Apple would significantly hurt the company.