Telecom real estate investment trust Uniti Group (NASDAQ:UNIT) just had its corporate credit rating slashed from B+ to B. In an action note from Standard & Poor's analysts Ryan Gilmore and Allyn Arden, the change was explained as a consequence of Windstream Holdings' (NASDAQ:WINMQ) simultaneous ratings cut. S&P's outlook for future changes was also set to "negative."

It's true that Windstream is Uniti's largest customer and closest business partner, but should the credit agency punish Uniti for the sins of its former parent company? 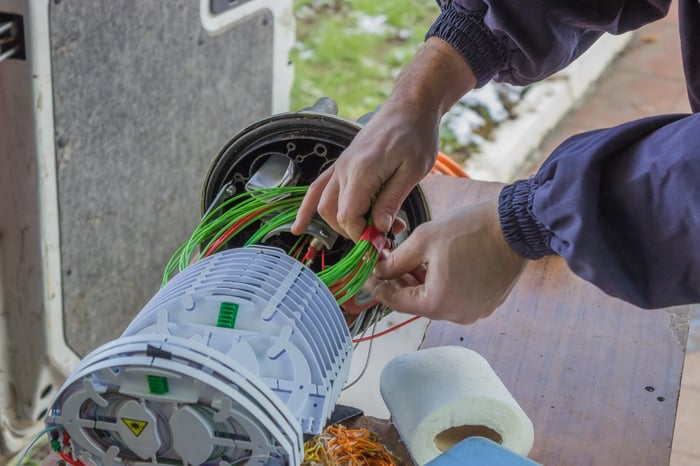 I completely agree with the ratings agency's dim view of Windstream.

The market for telecom services is brutally competitive. As a small player in a pond full of large sharks, Windstream is losing more customers than it is signing up. Sales ticked up by 9.7% in the recently reported second quarter of 2017, but only because of the recently closed Earthlink acquisition. If you compare that report to the combined sales of Earthlink and Windstream in the year-ago period, you're looking at a 7.2% decline instead.

The company also eliminated its formerly very generous dividend policy, replacing it with a modest share buyback program. Annual cost-savings synergies of roughly $180 million from the Earthlink deal are supposed to soften the financial pain, but there's no end in sight to Windstream's downward revenue trends.

So it's fair to say that Windstream's financial platform is wobbly today. The company deserves a lower credit rating.

Right after the spinoff from Windstream as a new REIT called Communications Sales and Leasing, Uniti had exactly one customer. Since then, the company has signed up approximately 16,000 clients. The lease contract with Windstream came with fixed rates for the first three years, due for its first 0.5% escalator in April 2018. Even so, top-line sales have climbed 23% higher in two years thanks to a combination of new client signings and strategic acquisitions of smaller fiber and cell tower operators.

Today, 30% of Uniti's sales come from companies not named Windstream. That ratio is rising with every new contract and every plug-in acquisition. The customer list includes cable companies, several nationwide telecom networks, and the U.S. Department of Defense. The company provides a high-quality network service backed by 4.8 million miles of fiber-optic strands. And while Windstream burned $134 million of free cash over the last four quarters, Uniti generated #311 million of free cash. This 14% dividend yield is backed by a solid cash machine.

Finally, let's play with the notion that Windstream runs out of options and files for bankruptcy. With 70% of its annual sales coming from that specific customer, that would surely be the end of the world for Uniti and its investors. Right?

The 15-year lease agreement between Uniti and Windstream contains strong language to protect Uniti's interests. In case of a Windstream bankruptcy, that lease must be accepted or rejected as a whole by the final buyer of Windstream's assets. There's no room for cherry-picking profitable markets or otherwise gerrymandering that document. In short, somebody will continue to make those lease payments for the next 12 years. The exception to that rule would be if Windstream's business is found so completely worthless that no buyer is found in the bankruptcy process. That's a rare outcome for corporate bankruptcies. 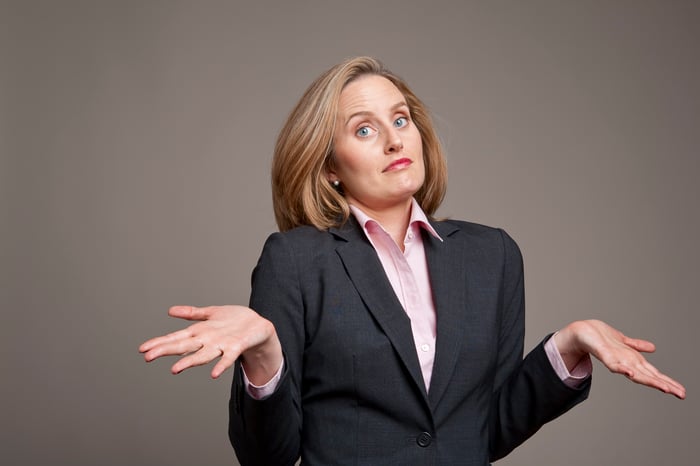 In other words, Uniti is shielded from the worst effects of Windstream's financial woes. At the same time, the company is diversifying at a brisk rate. I'm comfortable with holding Uniti shares even if Windstream is headed down a dark and dangerous path.

Splitting the old Windstream into separate companies to manage the network assets and service sales was a smart move. S&P's credit ratings experts overlooked crucial details of that lease agreement when it gave a haircut to Uniti's ratings. This stock fell as much as 5% on Wednesday for no good reason, and the same illusion of an airtight bond between Windstream's and Uniti's businesses also crushed Uniti's stock returns in the last 52 weeks.

Today, you can buy Uniti shares at a bargain-bin valuation of 8.3 times trailing free cash flows. That's a screaming buy, and you also get to lock in a fantastic dividend yield at these low prices -- for a cash-backed policy that isn't going away anytime soon.