Brian Stoffel, Rich Duprey, and Matthew Frankel, CFP
(TMFCheesehead)
Author Bio
Brian Stoffel has been a Fool since 2008, and a financial journalist for The Motley Fool since 2010. He tends to follow the investment strategies of Fool co-founder David Gardner, looking for the most innovative companies driving positive change for the future. He also mixes in risk-management strategies he's learned from Nassim Nicholas Taleb. Follow @Brian_Stoffel_
Follow @Brian_Stoffel_

Of all the dot-coms to go public during the late 1990s, only a few are still around today. eBay (NASDAQ:EBAY) is one such player -- having found a business model, clientele, and interface that's worked for almost two decades. 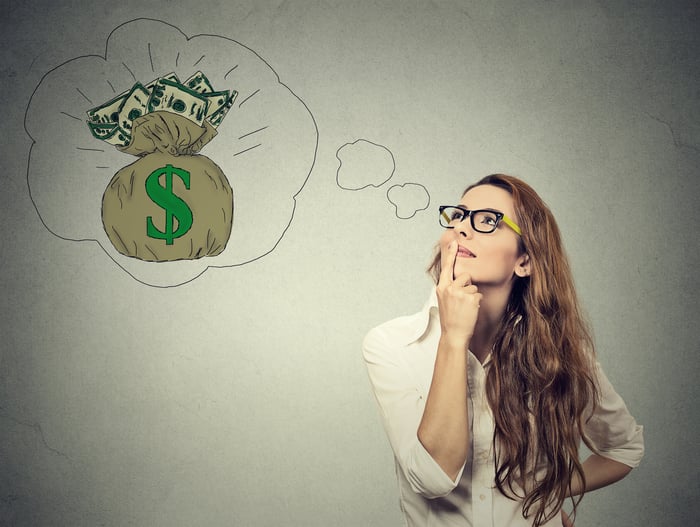 Below, three Motley Fool investors try to single out other stocks that could have the same type of wealth-creating returns that eBay shareholders have enjoyed. Read on to see why Lending Club (NYSE:LC), Splunk (NASDAQ:SPLK), and Shopify (NYSE:SHOP) might be your best bets today.

Is this peer-to-peer lender finally turning things around?

Matt Frankel (Lending Club): Peer-to-peer lending platform Lending Club is finally starting to show signs of growth after several quarters of stagnant loan originations. With the stock down 74% since its first trading day in 2014, there's certainly potential for a big investment win if things continue to go well.

For the second quarter of 2017, Lending Club's loan originations grew by 10% year over year as well as sequentially, which came as a pleasant surprise to investors. Revenue grew by an impressive 35% from last year, and profit margins improved tremendously. What's more, Lending Club's CEO said that the company could approach GAAP profitability as we head into 2018, which would be a major improvement from the first half of the year.

In the third quarter, Lending Club is expecting more impressive growth, with revenue growth of at least 10% over the second quarter.

Lending Club's loan portfolio is currently about $11.1 billion in size, which may sound like a lot, but consider that the U.S. nonrevolving (loan) consumer lending market has more than $2.7 trillion in outstanding balances, not including mortgages, according to the Federal Reserve. To say that there's room for growth would be a huge understatement.

While it's too early to say whether Lending Club's growth will continue, the potential is certainly there, and the recent data has been extremely positive. So, Lending Club could be worth a closer look for investors with a relatively high level of risk tolerance.

Rich Duprey (Splunk): Data analytics is evolving from even just a few short years ago when everyone seemed to be climbing aboard the so-called "big data" train. Yet being able to effectively transform the massive amounts of data that corporations produce into something usable that they can act is still a viable and growing industry.

Splunk is one of the more dynamic players in the space that helps businesses capture, store, analyze, and curate the information they generate. While it was dealt a bit of a blow after software giant Symantec decided against buying the company because it viewed Splunk as being overvalued, there is still tremendous opportunities for the big data player ahead.

In its latest earnings report, Splunk added over 500 new customers to its roster, giving it more than 14,000, and revenue recently surpassed $1 billion in trailing-12-month sales. It's gunning for 20,000 customers by 2020 and over $2 billion in revenue.

Its stock trades in nosebleed territory at 84 times next year's estimates, but it looks more reasonable at 56 times the free cash flow it produces. That would normally be an exorbitant price to pay and would seemingly validate Symantec's valuation assessment, but with sales continuously rising and new business manifesting itself regularly as new devices hit the market regularly, creating even more data that needs to be processed, the losses Splunk is reporting today may very well turn into profits soon and the price at which its stock trades now may one day make Symantec look back wistfully on what it could have acquired.

Counting on an equally strong moat for superior returns

Shopify isn't in the auction business -- it focuses on helping small and medium-sized businesses develop an e-commerce presence and handle the logistics of bringing customer packages to their doorstep -- but it is protected by an equally powerful moat: high-switching costs.

Any small business must spend most of its time focusing on what makes it special. If employees are spending too much time focusing on e-commerce interfaces or delivery logistics, they aren't focusing enough on meeting their bigger goals. Because of that, and the actual costs associated with switching to another e-commerce platform, most companies would be loath make a change once they've signed on with Shopify.

That's why the company's growing user base is so important: Once customers sign on, they are largely locked in. When the company went public in 2015, it had 162,000 merchants signed on and revenue of $123 million. Fast-forward just over two years, the company now boasts over 500,000 merchants and trailing revenue of $509 million. That type of growth, protected by a durable moat, makes Shopify a stock to own if you're looking for eBay-like returns.