Stock crawled to the finish line for the week on Friday as market participants appeared content with the status quo. Major benchmarks were little changed despite new concerns about a potential hydrogen bomb test by North Korea, and even though analysts increasingly believe that the market's valuation is high, prices have thus far been resilient. Some good news from several companies also helped bolster investor sentiment, and L Brands (NYSE:LB), Ascendis Pharma (NASDAQ:ASND), and Phillips 66 Partners (NYSE:PSXP) were among the best performers on the day. Below, we'll look more closely at these stocks to tell you why they did so well.

L Brands pushed its stock up by 7.5%, regaining nearly all of the ground that the parent of Victoria's Secret and Bath & Body Works had lost earlier in the week. Analysts had downgraded the retailer's stock on Wednesday, citing both the general malaise in the brick-and-mortar retail industry as well as company-specific issues about fashion and rising competition in intimate apparel. After a couple of days of substantial declines, the stock benefited from bargain hunters stepping in today. With L Brands having seen a large 8% drop in comparable sales in its most recent quarter, it'll be up to the retailer to get its fundamental business back in order before investors should expect a much longer-term rebound in L Brands shares. 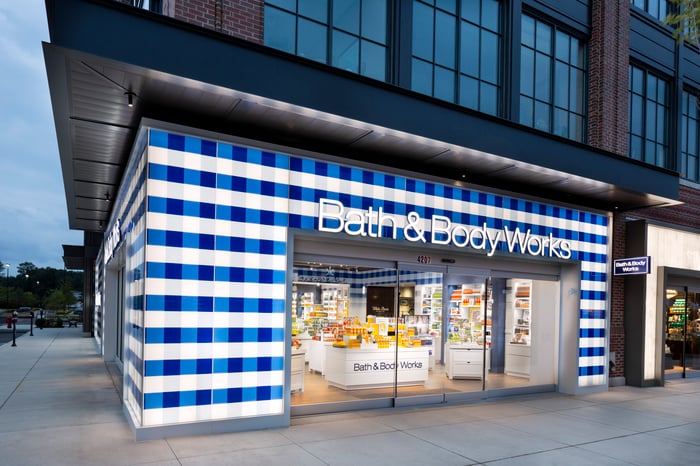 Shares of Ascendis Pharma jumped over 23% in the wake of downbeat clinical trial results for a key industry rival's candidate treatment for growth hormone deficiency. The trial had sought to find evidence that the drug somavaratan would was not inferior to daily growth hormone treatment, but with respect to the primary efficacy variable of height velocity at 12 months, somavaratan recipients in one of the study's populations showed figures that were markedly lower than daily growth hormone treatments. The study leaves the door open for Ascendis, which has its own drugs aimed at fighting growth hormone deficiency in both children and adults. Investors are hopeful that Ascendis will now be able to take the lead going forward.

Finally, Phillips 66 Partners gained 6%. The master limited partnership (MLP) agreed to purchase $2.4 billion in assets from related entity Phillips 66 (NYSE:PSX), including an interest in the Dakota Access pipeline and other assets related to the Bakken region. CEO Greg Garland said that the deal should "keep us on track to deliver our 30% distribution growth target," and investors were pleased at the prospect of getting more valuable assets into the MLP at a relatively inexpensive price. If the energy industry can keep recovering, then the deal will look even more lucrative in hindsight for Phillips 66 Partners.