International Business Machines (NYSE:IBM) has invested billions of dollars in Watson, its cognitive computing system that made a name for itself by winning Jeopardy! back in 2011. Watson is being used in a wide variety of industries, from healthcare to tax prep, and the system has become the face of IBM's transformation.

IBM doesn't disclose any financial information about Watson, so we don't really know how successful the initiative has been. There's been plenty of criticism, though. Social Capital CEO Chamath Palihapitiya called Watson "a joke, just to be completely honest." An investigative report from STAT concluded that Watson has fallen far short of its promise in healthcare, particularly when it comes to cancer treatment. 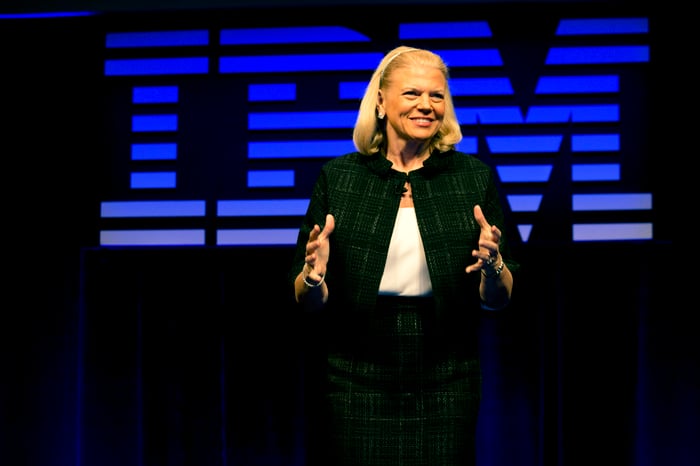 Watson is on track

IBM's goals for Watson are not modest. Back in 2014, Rometty saw Watson becoming a $10 billion business within a decade. Healthcare is, by itself, a multibillion-dollar opportunity. Asked to respond to those criticizing Watson in the Bloomberg interview, Rometty said, "Watson is exactly where we thought it would be."

Watson, comprised of various technologies like machine learning and natural language processing, is not a plug-and-play system. Watson needs to be trained to perform a specific task. Rometty pointed out that it took doctors a year to train Watson on its first cancer, but that the system can now learn a new cancer in just 30 days. Watson will be trained on the causes of 80% of cancers by the end of the year.

Revenue from Watson will likely follow a similar arc, slow to ramp up in each use case, but with the potential to grow rapidly once the system has proven itself. Whether IBM has reached that point in any of Watson's endeavors is unclear. The company's total revenue is still in decline, so what we know for sure is that Watson, and all of IBM's other growth initiatives, are not yet big enough for the company to return to growth.

IBM acquired The Weather Company's product and technology businesses last year, using the acquisition as the foundation for its Watson IoT business unit. Training Watson requires vast quantities of data, and IBM has not been shy about paying up to acquire that data.

The Weather Company calculates forecasts with data from 3 billion reference points, calculating 15 billion forecasts each day. This data is useful for a wide variety of industries. During Hurricane Irma, for example, 140 airlines pinged Watson half a trillion times in order to reroute planes to minimize turbulence. Turbulence is expensive, costing airlines around $100 million each year, according to IBM.

Only 20% of all data is searchable, according to Rometty, with the remaining 80% controlled by businesses. Rometty explained why IBM's approach to AI is desirable for businesses looking to harness that data:

If that's my data, and it's my IT and my competitive advantage, I'm training algorithms, and I want to be sure those algorithms become mine. I want a platform that's my AI even if it operates in a cloud. Business AI knows the domain and the profession, and it can protect your insight. Not just your data, your insight.

Rometty sees AI as a tool to help people do their jobs better. "Look, we really think this is about man and machine, not man vs. machine." Getting Watson to the point where it succeeds in that goal, and produces a meaningful amount of revenue for IBM, will take time. "This is an era -- really, an era that will play out for decades in front of us."

IBM is making a bet that the market for AI-powered tools will expand dramatically in the coming years and decades. IBM's purpose as a company is to help its customers solve problems. How it has done that over the years has changed, and it will change again as AI technology matures. Watson isn't so much a shift in strategy, but an evolution of the strategy that has allowed IBM to stick around for more than a century.

The hype surrounding AI and Watson may be outpacing the real-world achievements of these technologies, but that doesn't mean Watson can't succeed for IBM in the long run.