Not many mainstream consumers will be interested in Hero 6 or Fusion.

Action-camera maker GoPro (GPRO -1.04%) has been on the ropes for quite a while now, and investors have been hoping that the company can set up a turnaround on the backs of new products that may reinvigorate top-line growth. Revenue did grow 34% in the second quarter, but overall sales have been fairly choppy over the years and highly sensitive to new product launches. 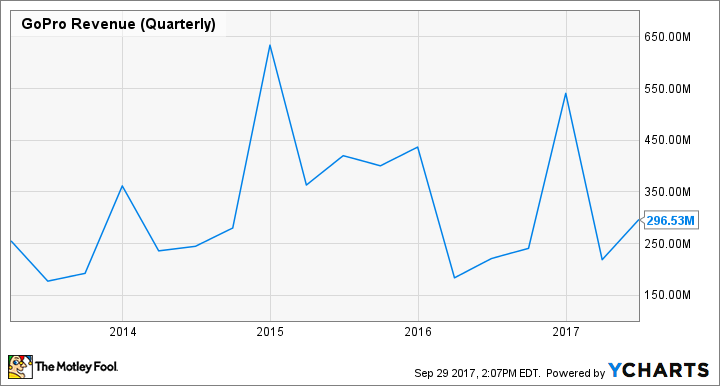 GoPro introduced a couple of new products yesterday at an event in San Francisco that it hopes can turn things around, including a new flagship action camera.

Hero 6 and Fusion are here

The new Hero 6 Black includes 4K video capture at 60 frames per second, improved stabilization, a custom-designed GP1 processor, and support for 5 GHz Wi-Fi. Like all GoPros, the Hero 6 Black is rugged and waterproof, making it ideal for extreme sports and all the activities you're used to seeing people record with GoPros. Hero 6 is priced at $500 and available immediately.

There's also a new 360-degree Fusion camera, which captures 5.2K spherical videos, or 18-megapixel photos. Fusion also has advanced stabilization and is waterproof. The company has been talking up the opportunity in 360-degree cameras for almost two years now (particularly in the context of capturing virtual reality content), and Fusion had a pilot program over the summer to gauge interest. A Fusion camera will set customers back by a whopping $700. It begins shipping in November.

Too much, too late

While impressive on technical specs and improvements that may appeal to GoPro's core customer base of extreme sports enthusiasts, the challenge is that Hero 6 and Fusion and extremely expensive. GoPro's lackluster performance as an investment was never because its action cameras weren't good enough, but instead because they lacked mainstream appeal and investors were initially pricing in expectations of mainstream adoption when the company first went public. 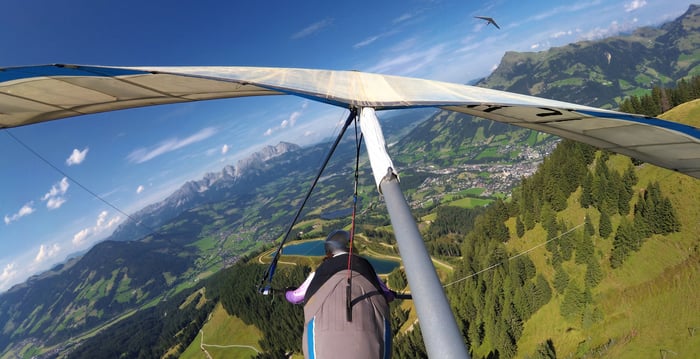 The new products are compelling upgrades for GoPro's niche, but moving further upmarket won't convince the average consumer to buy a $500 or $700 device to capture everyday activities that they already capture with their smartphone. At least one Street analyst shares this same sentiment (via Tech Trader Daily). Wedbush analyst Alicia Reese questions the "mass appeal" of Hero 6, while maintaining a neutral rating and $10 price target. If an average consumer is going to buy a GoPro, Reese believes they would opt for the previous-generation Hero 5, which costs $400.

At this point, the real question is whether or not the market is still banking on mainstream adoption, which is probably untenable. GoPro can build a successful business by catering to its base, who will pay up for these new features, and GoPro has undoubtedly improved its execution over the past year. The company just needs to abandon hopes for the mainstream and focus on the high-end enthusiasts in order to turn that red ink back into black.