This rumor that's been circulating for years resurfaces in a new report.

Nikkei Asian Review recently ran a story providing some insight into the continuing growth of Apple's (AAPL 1.62%) chip design capabilities and the impact it could have on various Apple suppliers. The report, citing "two industry sources," says Apple is looking to replace chips designed and manufactured by Intel (INTC -2.86%), the world's largest vendor of personal-computer processors, with home-grown processors.

An Intel spokesperson declined to comment on the report. 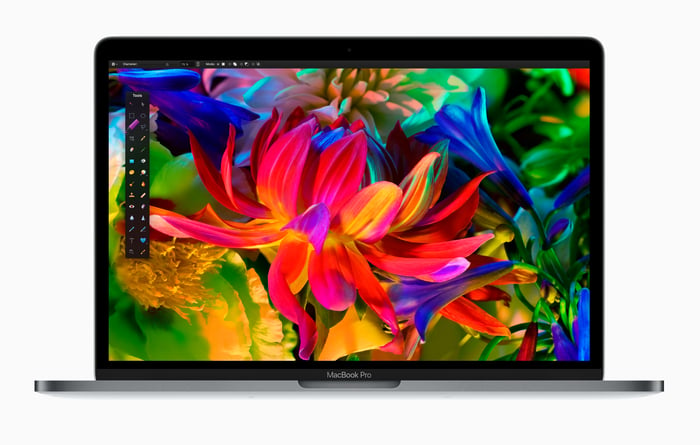 Let's consider why Apple might be interested in shifting away from Intel to its own processors, the potential impact it could have on Intel, and how Intel can avoid this potential business loss.

Why move to an internal processor?

There are several reasons Apple might want to move away from Intel processors. The main one is that Apple might think that it can build substantially better chips than Intel in terms of performance, power consumption, and/or feature integration.

Apple's A11 Bionic processor, which fits comfortably into Apple's latest iPhone 8, 8 Plus, and X smartphones, already rivals Intel's best low-power notebook processors in CPU performance, so Apple may not view it as a large leap to extend its processor technology into new, less power constrained form factors such as notebook computers and all-in-one desktops.

Should Apple build decisively better chips than what Intel can sell to the Mac Maker, then Apple could conceivably market the superiority of Macs powered by its in-house chips relative to Windows-based personal computers powered by Intel technology.

The impact to both companies

Apple shipped about 18.5 million Mac computers in 2016, according to its most recent form 10-K filing. Assuming Apple buys an average of $150 in Intel silicon content for its Macs, Apple's business would be worth just under $3 billion annually to Intel.

Transitioning its entire Mac lineup away from Intel could therefore mean a nearly $3 billion reduction in what is surely highly profitable revenue for Intel.

This is not a loss that would cripple Intel's client computing group, which generated almost $33 billion in revenue in 2016, but the loss would be sizable nonetheless. Furthermore, it's unlikely that the incremental operating costs Intel incurs to serve Apple are particularly high -- Intel doesn't build custom chips for Apple, for example -- so the impact to Intel's operating income might be more severe than the impact to its revenue would be.

It would be in Intel's best interests, then, to keep Apple's business if possible.

How does Intel woo Apple?

Given Intel's patchy execution with respect to its personal-computer processors, driven in no small part by execution issues on the part of Intel's chip-manufacturing division, known as its technology and manufacturing group (TMG), it's not hard to see why Apple might be interested in exploring an in-house alternative.

Apple may have more confidence not only in its own chip-development teams than in Intel's, but also in the capabilities of the contract chip manufacturers it uses to build its iPhone and iPad processors.

Intel's issues in transitioning to new manufacturing technologies in a timely fashion has led to product delays and cancellations, as well as the insertion of products into its product roadmap that Apple may find less compelling than what Intel had originally planned for.

For Intel to succeed in wooing Apple, then, it needs to step up the pace at which it brings innovation to market. To do so, Intel's TMG will need to dramatically improve its execution, and Intel's product development groups will need to both increase their own pace of innovation and work with TMG to build realistic product plans that both parties can reasonably carry out.