Please ensure Javascript is enabled for purposes of website accessibility
Free Article Join Over 1 Million Premium Members And Get More In-Depth Stock Guidance and Research
By Chris Neiger - Oct 2, 2017 at 7:04AM

The evidence doesn't back him up.

Since becoming president, Donald Trump has made several claims that appear to take credit for improvements to the American economy, as well as gains in the stock market. That can be a dangerous thing for any leader to do, especially if the economy or the markets start shifting in a negative direction.

But it's also a bit premature for President Trump to start making claims of any kind. America is only eight months into the Trump Administration, which means that most of what's going on in the economy right now is a carryover from the previous administration.

Let's take a quick look at what specifically Trump has said and whether the data backs up any of his claims. 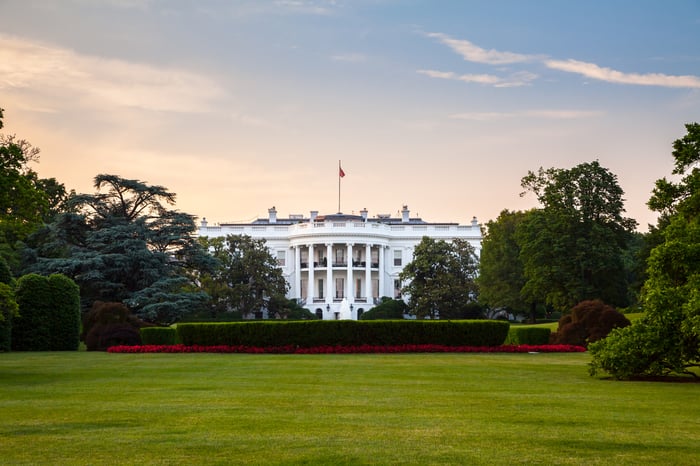 President Trump has been quick to tout the solid jobs growth the American economy has experienced over the past eight months. In a speech last month, Trump said, "I've created over a million jobs since I'm President." And honestly, which president wouldn't want to call attention to the 1 million jobs that had been created during their tenure?

The economy itself is actually doing pretty well right now, but that's not due to any significant tax reforms or policy changes that have been enacted under the Trump Administration. Matt O'Brien from The Washington Post pointed out last month that the Obama Administration oversaw greater job creation, on average, in its last six months than Trump did in his first six months in office. Here's what O'Brien recently wrote:

Yahoo Finance, which currently gives President Trump an A- economic score, also notes that we won't really know how well the economy is doing based on Trump's decisions until the last year of his first term.

The fact is that President Trump inherited an economy -- just like every president before him -- and jobs growth was already humming along before he sat down in the Oval Office. We need only to look at the falling unemployment rate to see this.

Trump has been outspoken about how low the current unemployment rate is. The President's office put out a press release at the end of July that said, "Unemployment is the lowest it's been in 17 years."

The problem is that Trump really can't take credit for this. The unemployment rate is simply continuing to fall, as it had been in the months and years before he took office. When Obama left the White House, the unemployment rate was 4.8%, and now it has fallen a bit more to 4.4%. The rate is approaching its lowest levels in nearly two decades, but there haven't been any policy changes that caused unemployment numbers to drop drastically; it's simply continuing on its current trend.

Last but not least, President Trump hasn't hesitated to take credit for the booming stock market. Here's what he said on Twitter at the beginning of August:

Business is looking better than ever with business enthusiasm at record levels. Stock Market at an all-time high. That doesn't just happen!

The stock market is indeed booming, and many have pointed to an uptick after Trump's inauguration as evidence that he's having a positive effect on the markets. (You may have heard this referred to as the "Trump Bump.") Here's what the S&P 500's gains look like over President Trump's first 200 days in office: 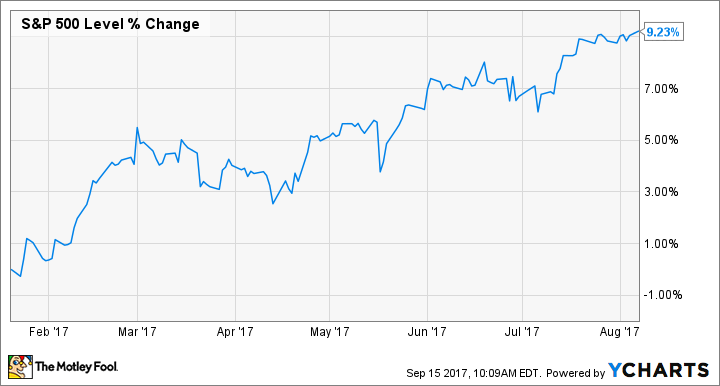 It's certainly possible that Trump's tax reform ideas and pro-business stances are fueling some optimism in the markets. But if we're looking at investor sentiment, which is a very fickle measure, then we need to look at the effect of past presidents on the market as well. When we do that, we see there was also an Obama Bump and a George H.W. Bush Bump in the first 200 days of their presidencies.

Here's what the S&P 500 looked like after President Obama's first 200 days: 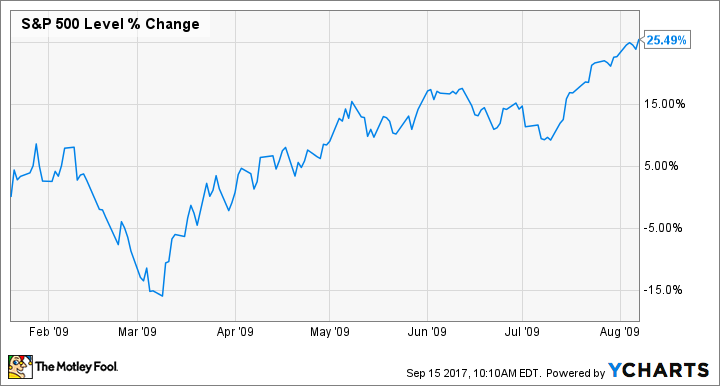 And here's what it looked like after George H.W. Bush's first 200 days: 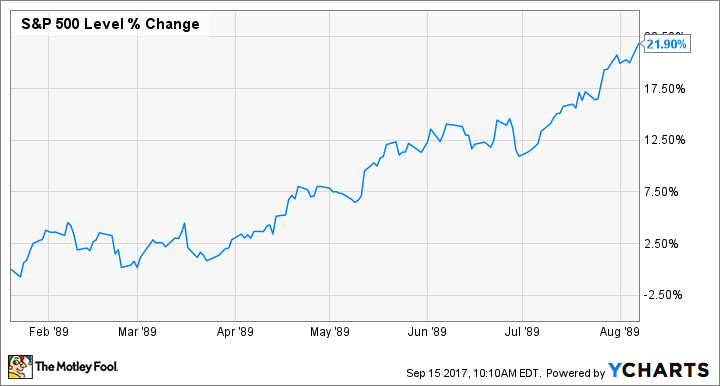 Fiscal and monetary policies have an effect on the stock market, as does investor speculation, consumer spending, wars, natural disasters, etc. But the Trump Administration has not yet enacted any significant government policies that could have directly caused the S&P 500's recent gains.

Investors may be more optimistic under Trump right now, but as the above charts prove, that optimism isn't unique to this president. Trump isn't at the helm of the S&P 500, driving it ever higher, any more than Bush or Obama were.

At a news conference back in February, Trump told reporters he had inherited many problems in the government and the economy. "To be honest, I inherited a mess. It's a mess," he said.

The truth is, President Trump is enjoying a strong American economy right now, but there's little evidence that the good times are a result of his policies. Before he took office, unemployment was already falling, job growth was already on the rise, and a bull market was already in full swing.

Trump would be right to brag about the jobs American businesses create and the wealth they generate for their investors, but he shouldn't be taking credit himself. Not yet, anyway.