What happens when a company's initial success factors start to limit growth?

Now that social-media tastemakers have rendered an overwhelmingly negative opinion of Chipotle Mexican Grill's (CMG 1.68%) queso offering, and some financial analysts project that the new menu item won't provide a much-needed lift to company sales, it's appropriate for investors to question what the flailing launch reveals about the current state of Chipotle's business.

To do so, it's useful to start with a bit of armchair reckoning. Imagine that the company had introduced queso in early 2015, a period when its stores still routinely hit double-digit comparable sales increases and words like "norovirus" had yet to make their way into the Chipotle lexicon. While the dip's success or failure probably wouldn't garner the attention we're seeing now, the stakes would still be fairly high.

That's because Chipotle is famously loath to aggressively alter its menu. The company controls its food and labor costs by maintaining an extremely basic lineup that relies on the perceived freshness and quality of ingredients as long-term customer attractors. Though each is easily customized, Chipotle's business nonetheless rests on a core set of five items: burritos, bowls, hard and soft tacos, and salads.

Innovation on Chipotle's menu board may occur at a glacial pace, but the simplicity and lack of new operational challenges allows the organization to focus on throughput, or maximizing the amount of available sales through its reliably fast assembly-line production. Competitors that churn out limited-time offers, or LTOs, trade some of this streamlining of profit for the relative security of keeping customers continually engaged. 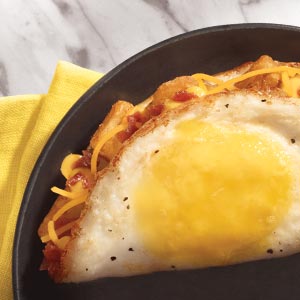 Yum! Brands, Inc.'s (YUM -0.25%) Taco Bell is a case study in this alternative type of menu strategy. Scrolling through its menu online will tire out your eyes. If roughly 50 options between breakfast and lunch/dinner weren't enough, the quasi-Mexican fast food chain's current specialty menu runs no less than 19 items. What Taco Bell loses in product development, marketing costs, and slower throughput, it attempts to gain from wowing its core customers with infinite novelty.

Chipotle's own trade-offs highlight the limitations of the strategy that initially made it such a fast-casual restaurant powerhouse. The downside of simplicity in operations, and the resulting attractive margins, is that an important muscle that can be used to pull traffic back into stores simply doesn't exist at Chipotle as it does in companies that constantly tinker.

First, a significant new menu item must be integrated into the tight assembly framework with no loss in throughput. Hence, the protein chorizo had to go to make way for queso, and this has its own worrisome downsides, as my Foolish colleague Rick Munarriz explains. 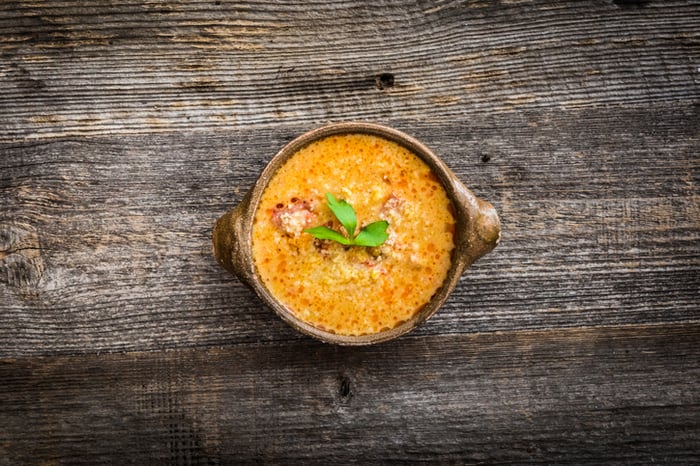 More importantly, when a restaurant's menu is so tightly protected from creativity in the name of operational efficiency, every bet becomes a big bet. And I would argue that the overwhelmingly negative response so far to Chipotle's queso is partially because everyone recognizes that the stakes are so high. Analysts worry about the dip's ability to revive Chipotle's traffic. And customers realize that they've waited 24 years for queso and won't see another menu change for a while.

Of course, all fast-casual and quick-service chains stumble at some point with their menu strategy. McDonald's Corporation (MCD -0.58%) went overboard in the early 2000s with a needlessly crowded menu that its last two CEOs have wrestled back to a cleaner version. But attention to the basics, with a controlled release of a few LTOs each year, has cemented the company's turnaround. The recent foray into Starbucks' territory with beverages such as McCafe French Vanilla Iced Coffee is the latest example of the fast-food legend's increasing willingness to experiment while maintaining some discipline over total menu complexity. Perhaps Chipotle's management, though very set in the way it conducts business, should consider experimenting with a similar middle-ground approach.

Queso itself isn't the issue

Personally -- and this is just one opinion in a sea of opinions -- I like Chipotle's queso. I believe it was a misstep, however, to call it "queso" and foster an expectation that customers would be able to dip tortilla chips into the type of gooey mess that can only be created with commercial additives. To me, Chipotle's queso has a pleasing color (like a Louisiana remoulade sauce) and a well-rounded, passably spicy cheddar base, with an aftertaste reminiscent of chickpeas. It's certainly not the molten, lard-heavy and Velveeta-rich concoction your local Tex-Mex restaurant serves up when you need some comfort food. Instead, it's Chipotle's individualized take on queso, and guess what? This is what real cheese tastes like when you melt it and add in natural ingredients and spices.

My personal preferences aside, it's safe to assume that the organization doesn't have a follow-on menu item to introduce in quick succession, though it certainly can keep tweaking the queso recipe and hope for more traffic. Chipotle's reluctance to offer more diversity and even semi-frequent LTOs in the mold of other fast-casual and quick-service chains has created the slightly ridiculous spectacle of investors, foodies, and core customers all getting righteously worked up -- over cheese.