Worries about side effects for the biotech's DMD drug get swept away.

Late last week, some Sarepta Therapeutics (SRPT 2.66%) investors were worried. Now the weekend is over, and all of those worries seem to have dissipated. 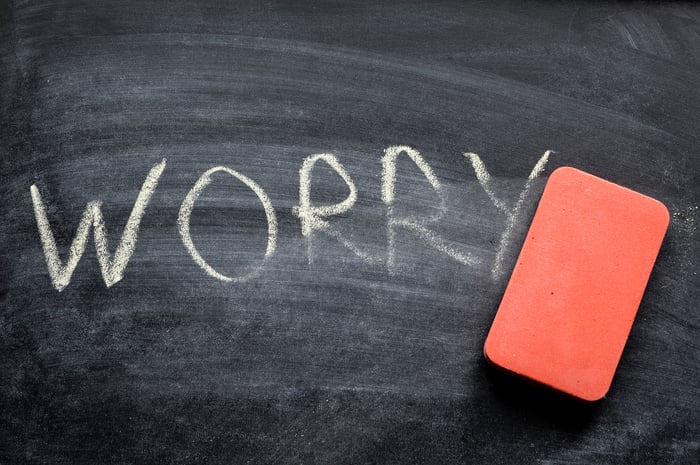 One factor probably at work is that investors are realizing they overreacted to the FDA data for Exondys 51. It's true that the FDA's Adverse Events Reporting System (FAERS) showed 11 reports of serious adverse events for patients taking Sarepta's drug. It's also true that three patients taking Exondys 51 died. But the FAERS data doesn't provide the full context for these adverse events.

For example, FAERS doesn't indicate if the medication caused the adverse events or contributed in any way to them. Any event that occurs with patients on prescription drugs must be reported to the FDA. FAERS simply lists all of those events, with no analysis on root causes.

Leerink analyst Joseph Schwartz wrote a note to investors that was especially worth heeding. Schwartz said that the adverse events for Exondys 51 identified in the FAERS database "are generally expected outcomes of a progressive fatal disease like DMD." In other words, there really wasn't anything unexpected at all that some DMD patients would experience serious problems and even die. It's a horrible disease. But these cases don't mean that Exondys 51 is ineffective, nor do they mean the drug isn't safe.

The likelihood that the Friday sell-off was an overreaction received confirmation on Monday with an analyst's vote of confidence in the stock. Morgan Stanley analyst Matthew Harrison upgraded Sarepta to "overweight" with a price target of $60 per share. That's a 25% premium to the current share price.

Harrison mentioned two factors behind his optimism about Sarepta. First, he thinks that Exondys 51 sales will top expectations when the biotech reports its next quarterly update. He pointed to encouraging results from a recent survey that show more patients taking the drug and slightly better reimbursement levels.

Those results for golodirsen in treating exon 53 patients could also bode well for Sarepta's opportunity with exon 45. The company is also evaluating experimental drug SRP-4045 in a late-stage study for treating DMD patients amenable to skipping exon 45.

There are two upcoming events that mean a lot more to Sarepta than the FAERS data. First, the company presents more information on those golodirsen results on October 7 at the World Muscle Society conference. Second, Sarepta is only a few weeks away from announcing its third-quarter results, which will show how much momentum Exondys 51 is picking up.

Editor's note: A previous version of this article stated that an FDA rejection of Translarna could benefit Sarepta. However, because Translarna targets a different mutation of DMD than Exondys 51, the FDA decision would not have appreciable impact on Sarepta. The Fool regrets the error.