Electric-car maker Tesla (TSLA 3.56%) reported vehicle delivery and production figures yesterday, and while the company posted a quarterly record in total deliveries, it also fell far short of its goals for Model 3 production. Tesla delivered a total of 26,150 vehicles, including 14,065 Model S sedans, 11,865 Model X SUVs, and 220 Model 3 vehicles. That represents year-over-year growth of 4.5%, and sequential growth of 18%.

There were 4,820 vehicles in transit at the end of the quarter, and production in the third quarter totaled 25,336, including just 260 Model 3s. That's well below the approximately 1,600 Model 3s that CEO Elon Musk previously expected the company to produce during the quarter. In July, Musk tweeted that Tesla should be able to produce 100 Model 3s in August and 1,500 in September (after delivering 30 in July), before reaching a monthly production rate of 20,000 in December.

Tesla said Model 3 production suffered from "production bottlenecks," without specifying what challenges it was facing. The company added:

Although the vast majority of manufacturing subsystems at both our California car plant and our Nevada Gigafactory are able to operate at high rate, a handful have taken longer to activate than expected.

It is important to emphasize that there are no fundamental issues with the Model 3 production or supply chain. We understand what needs to be fixed and we are confident of addressing the manufacturing bottleneck issues in the near-term.

All Model 3s that have been delivered thus far have been to employees or company insiders so that Tesla can quickly address early problems. Tesla previously expected that regular customer deliveries were expected to begin in late October, and it's not clear if this timeline is being pushed back. While hitting a new quarterly record in deliveries is a positive data point, much of Tesla's valuation remains predicated on Model 3 achieving mainstream volumes, and Tesla still has a backlog of over 450,000 reservations to fulfill, so it makes sense that shares fell in after-hours trading on the news. 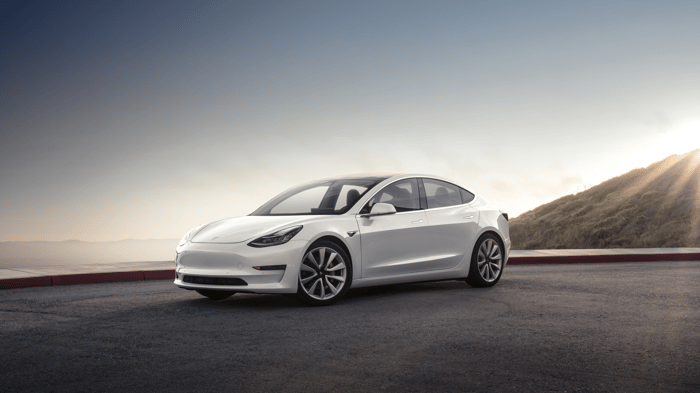 Investors can expect to get more detail when Tesla reports full financial results for the third quarter, the date of which has yet to be determined.