October has arguably been the worst month for investors over the last couple of decades. And Mondays are, well, Mondays. However, MannKind (NASDAQ: MNKD) investors received good news on the first Monday in October.

The biotech announced two developments at the same time before the market opened on October 2. One was an update on an anticipated FDA label change for inhaled insulin Afrezza. The other related to exchanges of stock warrants. Here are the details behind MannKind's latest developments -- and why the stock price was all over the map. 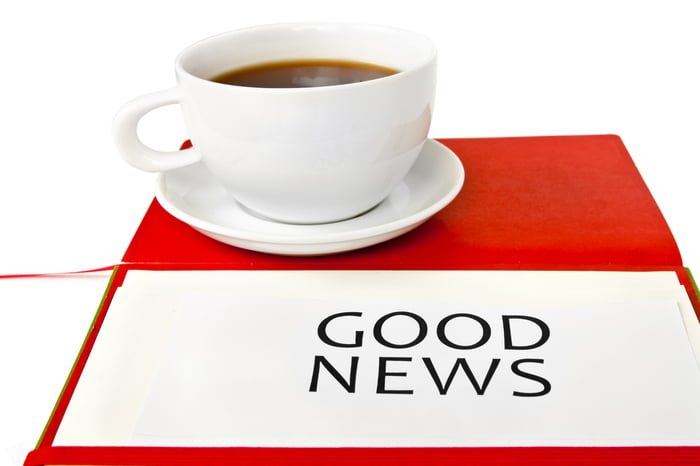 In MannKind's second-quarter conference call, CEO Michael Castagna ranked a label change for Afrezza as one of the top keys to success for the company. The company now has that highly anticipated label change in hand. MannKind announced on Monday that the FDA has approved three specific changes to the Afrezza product label:

Castagna stated in an investor conference call Monday morning that the label change presents "a pivotal moment in the history of the company." He described sales efforts under the previous label as functioning "with one hand behind your back" because of language that's restricting the company's ability to articulate the pharmacokinetic/pharmacodynamic benefits of Afrezza compared to other drugs.

MannKind will now be allowed to market and promote some of what it sees as competitive advantages for Afrezza. In particular, Castagna mentioned that the drug could reduce patients' fears about nocturnal hypoglycemia. Afrezza peaks 30 to 45 minutes after dosing and is out of the body within 1.5 to 3 hours. That should help patients feel more comfortable taking insulin before bedtime, according to Castagna.

The company's other big news was that it entered into separate exchange agreements with four holders of all outstanding series A and series B common stock purchase warrants. MannKind is issuing nearly 1.3 million shares in exchange for the warrants. Closings of the exchanges are expected to occur on Oct. 3, 2017.

This warrant exchange was good news for MannKind, because they limited the company's ability to raise more capital. MannKind CFO Steven Binder said the warrants restricted the company to sell no more than $10 million of stock through its current at-the-market (ATM) facility. After the warrants are exchanged, MannKind will be able to raise up to $50 million through the ATM facility.

Why shares were volatile

Why was there such volatility? It's possible that some investors were initially disappointed that MannKind didn't get approval from the FDA to claim that Afrezza was "ultra-fast-acting." From Castagna's comments, it sounded like the company really didn't expect to get that label change for a brand-new category. He noted that the FDA is "hesitant to create a new category just because a company asked."

I suspect the bigger issue, though, could be that investors realize what the warrant exchanges really mean: MannKind is about to raise more cash through a stock offering. The value of existing shares will be diluted. While securing more cash is critical for the company, current shareholders will nonetheless feel the sting.

In my view, the biggest story is that MannKind's long-term prospects improved as a result of Monday's announcements. How much those prospects improved is a different question, though. Castagna said the company plans to train its sales team on the label changes to make sure they're comfortable discussing them with physicians. However, it will probably take a couple of quarters to see what affect the label change has on Afrezza sales.