Share of the outdoor advertising company spiked as it scored a lucrative contract with the country's largest transit system.

The organization that runs New York's subways, buses, and commuter trains hired Outfront to install and operate a new set of video displays on the subway system; they will provide information for commuters, as well as ads. 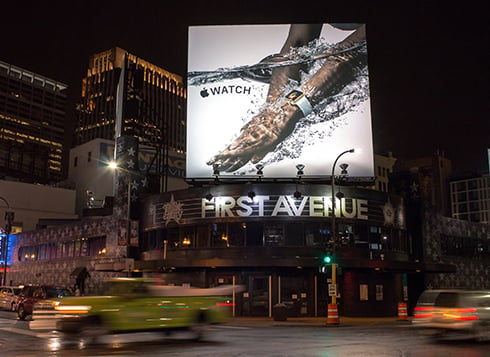 According to data from S&P Global Market Intelligence, the stock rose 14.5% last month. As the chart below shows, the stock spiked on the MTA news at the end of the month. 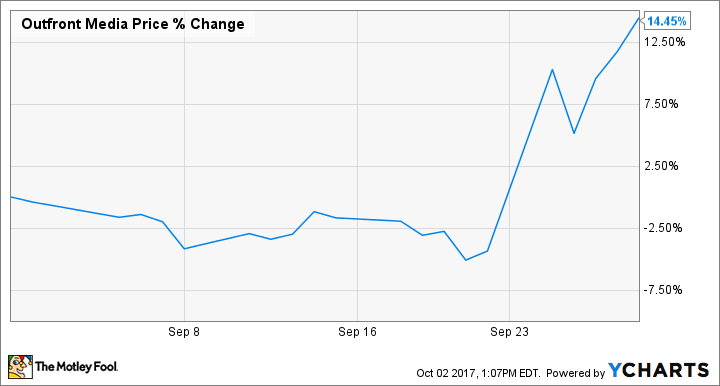 OUT data by YCharts.

Outfront shares jumped 15.3% on Sept. 25 after the news broke, because the advertising company will install 17,000 video screens throughout the transit system by 2019, with about 10,000 going on the subways themselves. In total, there will be more than 50,000 screens across all of the MTA's systems.

The contract has a five-year renewal option after the 10-year term. The cost of installing and operating the network is expected to be more than $800 million over 15 years, which will be borne by Outfront and recouped through advertising.

Through our continued partnership with the MTA, Outfront Media will transform the commuter experience by deploying our visionary media network across the New York Market. We are excited to be embarking on this next phase in this great relationship.

Outfront shares had been shaken a year ago by the possibility that the company could lose the MTA contract, as it was previously awarded short-term extensions but not an outright renewal. Last year, its MTA contract delivered $225 million in revenue for the company, or about 15% of its total.

With the expansion of the partnership into tens of thousands of video screens, MTA-related ad revenue should surge over the coming years.