Please ensure Javascript is enabled for purposes of website accessibility
Log In Help Join The Motley Fool
Free Article Join Over 1 Million Premium Members And Get More In-Depth Stock Guidance and Research
By Daniel Sparks – Oct 2, 2017 at 10:12AM

New gaming experiences, a James Bond-branded franchise, and a strategic acquisition had investors cheering. Here's what you need to know.

Shares of gaming company Scientific Games (LNW 0.11%) moved higher throughout September amid the unveiling of its proprietary SciQ lottery retail environment and a large portfolio of new game content, as well as the announcement of a planned acquisition of NYX Gaming Group. The stock soared 30.3% during the month, according to data provided by S&P Global Market Intelligence.

The new innovations and a robustly expanded portfolio of new games unveiled at Global Gaming Expo (G2E) had investors looking up. 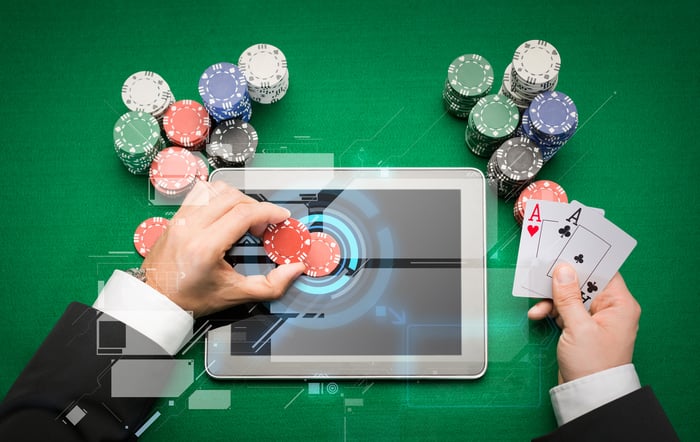 Among Scientific Games' new gaming offerings at G2E, it said what made its booth stand out was its new James Bond showcase, according to the company's press release: "The centerpiece of Scientific Games' G2E exhibit this year is the immersive JAMES BOND Experience ... which gives Scientific Games the rights to leverage all past and future iconic JAMES BOND films, as well as the film's talent portraying JAMES BOND."

Investors should keep an eye out for updates from management on how vendors respond to these new gaming innovations, and how these games impact results. Furthermore, investors should look for the acquisition of NYX Gaming Group to close by management's target period of the first quarter of 2018.