The athletic footwear retailer jumped after acquisition rumors and a solid quarterly report.

Shares of The Finish Line Inc. (FINL) rose 44.4% in September, according to data from S&P Global Market Intelligence, after the athletic footwear retailer not only posted better-than-expected fiscal second-quarter results, but also benefited from speculation that it could be an acquisition target.

Regarding the latter, shares of Finish Line popped as much as 14% on Sept. 22, 2017, which was the first trading day after it confirmed that its quarterly revenue had declined 3.3% year over year to $469.5 million, and translated to adjusted earnings from continuing operations of $4.8 million, or $0.12 per share. Those results may not look impressive at first glance, but they also held up well to Finish Line's guidance, which called for roughly the same revenue to result in earnings per share in the range of $0.08 to $0.12. 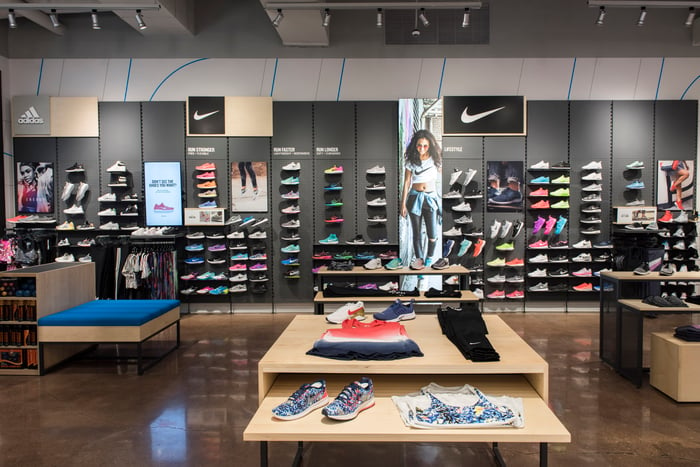 CEO Sam Sato noted that growth was held back by a "very promotional marketplace for athletic footwear," but noted the company remains "disciplined in managing [...] expenses and inventories." Thus, Finish Line reiterated its full-year guidance, calling for comparable sales to drop 3% to 5%, and for adjusted earnings per share to in the range of $0.50 to $0.60.

If that weren't enough, shares continued to climb later in the month after Susquehanna analyst Sam Poser asserted that there's a roughly 75% chance Finish Line will be acquired by U.K.-based Sports Direct International (FRAS 1.17%). After all, Poser noted at the time, Sports Direct has been looking for a way to penetrate the U.S. market, and has accumulated a roughly 8% stake in the company since March. What's more, it's worth noting that in August, Finish Line adopted a new shareholder rights plan, or so-called "poison pill," to fend off any unfriendly takeovers -- a move Poser suggested was directly related to Sports Direct's position.

In response to more recent reports that Finish Line is close to finalizing terms of a deal with Sports Direct, Poser further stated over the weekend that its poison pill was a likely effort to "force a conversation with Sports Direct and prevent a change of control through 'open market accumulation [of Finish Line stock] or coercive tactics,' especially as the Finish Line stock price is in close vicinity of its five-year low."

In any case, if the market's rumblings over the past few days are any indication, I'd be amazed if we didn't see Finish Line formally confirm or deny its impending acquisition some time in the next few weeks. But between the development of that news and Finish Line's relatively strong quarterly report, it was no surprise to see shares rocketing higher last month.

The Finish Line Surges on a Merger Agreement