After a surge in Broadcom dollar content in Apple's latest iPhones, the growth rate of Broadcom's wireless business may soon hit a peak.

Broadcom said on prior earnings calls that it expected its dollar content within this year's iPhones to grow by about 40% from the previous generation. Considering Apple is Broadcom's largest wireless chip customer, that kind of content growth will certainly fuel solid growth in the coming year in Broadcom's wireless chip business, which made up 29% of the company's third-quarter revenue. 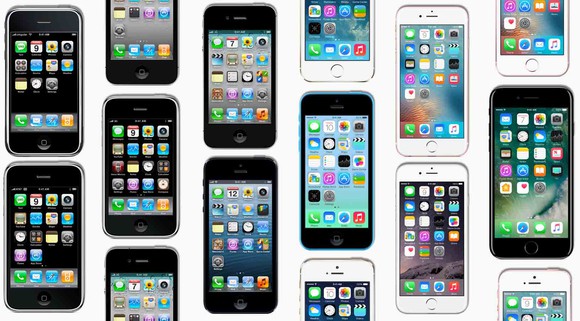 However, I believe the content growth in next year's iPhone model will be substantially less than it was in this year's phones, which could lead to a significant slowdown in the growth rate of Broadcom's wireless chip business in the years ahead.

First off, I don't think the content growth story will come to a halt. Apple will surely continue to implement faster wireless capabilities -- both cellular and non-cellular connectivity -- and those should help drive content up a bit in the years to come.

Moreover, as the iPhone 8, the 8 Plus, and possibly this year's iPhone X replace the older iPhone 7 and 7 Plus devices -- devices that don't incorporate Broadcom's wireless charging-chip technology -- Broadcom's average dollar content within iPhones shipped could increase. But it's also widely believed that when Apple releases new phones, sales of the prior-generation models drop rather substantially and become a vanishingly small portion of the company's overall iPhone mix.

So, much slower content growth in Apple's new iPhone models in the near future should mean noticeably slower Apple-related revenue growth for Broadcom.

It's not all that bad

Although slowing growth in Broadcom's wireless business -- a business that grew sales 27% year over year last quarter -- could mean a slowdown in Broadcom's overall growth rate, the good news is that Broadcom has been very explicit in its long-term growth expectations for the business.

On the company's most recent earnings call, Broadcom CEO Hock Tan said the company's long-term revenue growth target is in the "mid-single-digit" percentage rate. That growth, Tan indicated, is expected to be driven by end markets that grow at about a "low-single-digit rate," amplified by increased dollar content for Broadcom in these markets driven by what Tan calls "technology innovations."

While Broadcom's wireless business might not see the huge jump it's poised to see during this iPhone product cycle anytime soon, if ever again, I do have enough confidence in Broadcom's ability to outperform the end markets to think that it will achieve its revenue growth aspirations.