The egg producer gained on improving macroeconomic factors and its loss narrowed in its first-quarter report.

Shares of Cal-Maine Foods, Inc. (CALM 2.00%) gained 13% last month according to data from S&P Global Market Intelligence as the nation's largest egg producer benefited from rising prices, anticipation for the company's October earnings report, and an escape from the impact of Hurricane Irma.

As the chart below shows, the stock rose steadily over the course of the month. 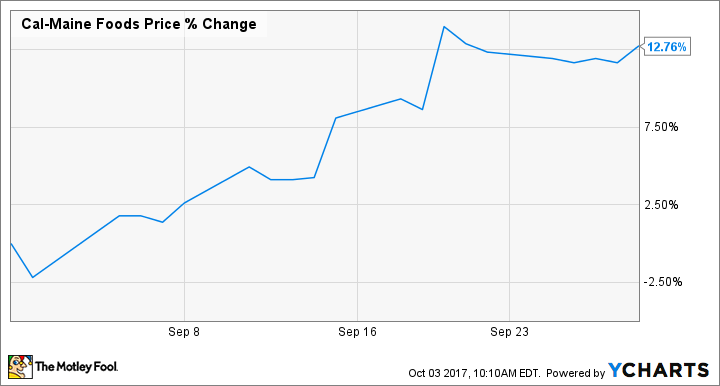 Egg prices appear to be recovering from lows over much of the last year as the stock started moving higher at the end of August after falling for much of 2017. The company also reported that some of its farms in Florida and Georgia suffered minor physical damage and flooding after Hurricane Irma, but said it doesn't anticipate any material loss in egg production from the storm. 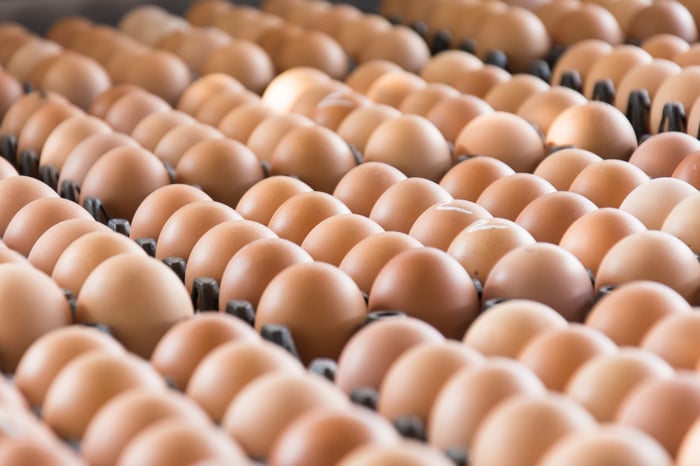 Cal-Maine reported first-quarter earnings Monday, with shares finishing up 1.3% despite the results missing estimates. Revenue increased 9.6% to $262.8 million, which was below expectations of $264.1 million. Meanwhile, on the bottom line, its net loss per share narrowed from -$0.64 a year ago to -$0.33, but that was short of estimates at -$0.18.

Nonetheless, investors appeared to be pleased with the report as the stock continued to gain on Tuesday, increasing as much as 7.5%.