To start, GoPro stock rose than 12% on Sept. 7 alone, which was the first trading day after the company announced that third-quarter 2017 revenue and gross margin would both arrive near the high ends of its previous guidance ranges. That guidance initially called for Q3 revenue of $290 million to $310 million, and gross margin of 36% to 38%.

GoPro Chief Operating Officer CJ Prober stated at the time that the company was enjoying strong demand for its products, adding that channel inventories had been reduced ahead of the impending launches of GoPro's new HERO6 and Fusion cameras. 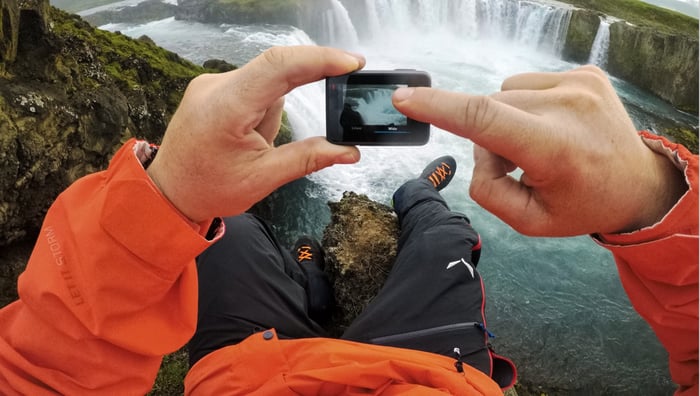 GoPro stock also skyrocketed in August, when that initial guidance was given -- though it also helped that the company crushed Q2 expectations and confirmed that the aforementioned new products were on track to be launched by the end of the year.

Sure enough, GoPro not only introduced both the significantly improved HERO6 and Fusion during an event on Sept. 28, but it also added several key features to its Karma drone -- including "Follow-Me" functionality -- through a firmware update.

The $499.99 HERO6 Black was made immediately available at both GoPro.com and select retailers, while the $699.99 Fusion remains on pre-order and is expected to ship in November. Most importantly, both should be available in time for the crucial 2017 holiday season, which could serve to further accelerate GoPro's return to sustained profitability. If GoPro can sustain its recent momentum with equally strong demand for its newest products, I think the stock should only continue to respond in kind.