Please ensure Javascript is enabled for purposes of website accessibility
Log In Help Join The Motley Fool
Free Article Join Over 1 Million Premium Members And Get More In-Depth Stock Guidance and Research
By Beth McKenna - Oct 3, 2017 at 6:39AM

Shares of the world's second-largest lithium producer surged last month likely due to these three catalysts. The stock has returned 99.2% so far in 2017.

Shares of Sociedad Quimica y Minera de Chile (SQM -2.38%), or SQM, which is the world's second-largest lithium producer and what I consider to be one of the three best lithium stocks for most investors, jumped 19.6% in September. For context, the S&P 500 returned 2.1% in the month. 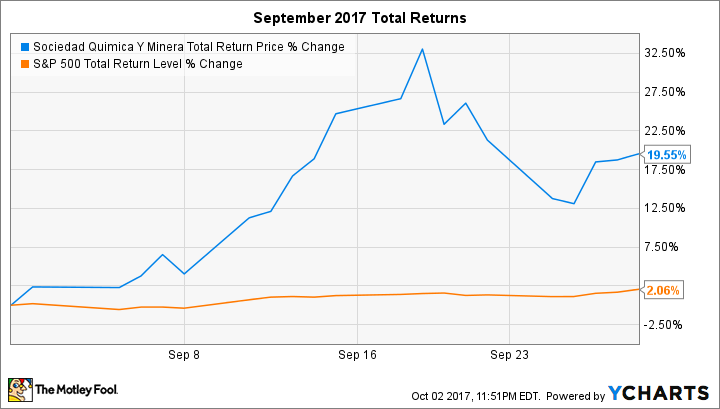 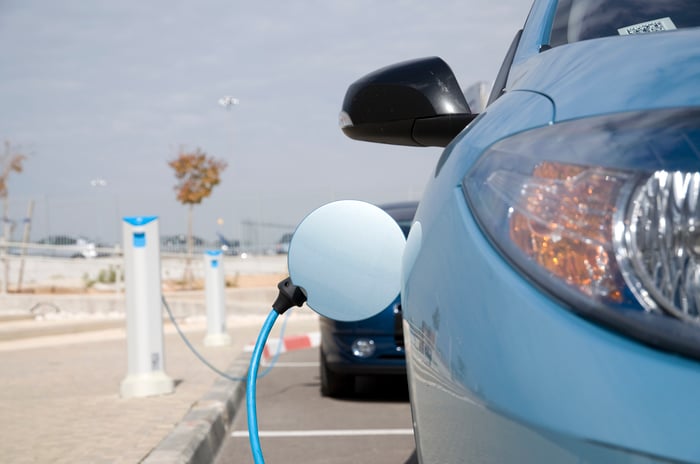 SQM stock and lithium stocks in general have been on a tear since 2016. So they could be ripe for some pullbacks. Nonetheless, select higher-quality lithium stocks should have solid long-term growth potential thanks to the growing popularity of EVs.

Investors considering investing in SQM should keep in mind two things -- it's not a pure play on lithium, so the stock's performance will also be affected by its other businesses, and it's headquartered in Chile, so it has risks associated with emerging markets.