Shares of the hotel-booking specialist stumbled after the company lowered its guidance.

Shares of Trivago N.V. (TRVG -0.57%) tumbled last month after the online travel agency lowered its guidance for the year. As a result, the stock finished September down 30%, according to data from S&P Global Market Intelligence, as growth stocks like Trivago often carry high expectations. 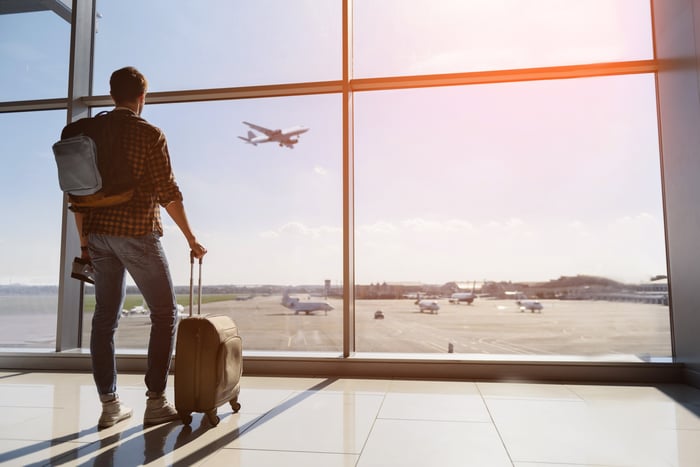 As you can see from the chart below, nearly all of the stock's decline came when the company issued the updated guidance on September 6. 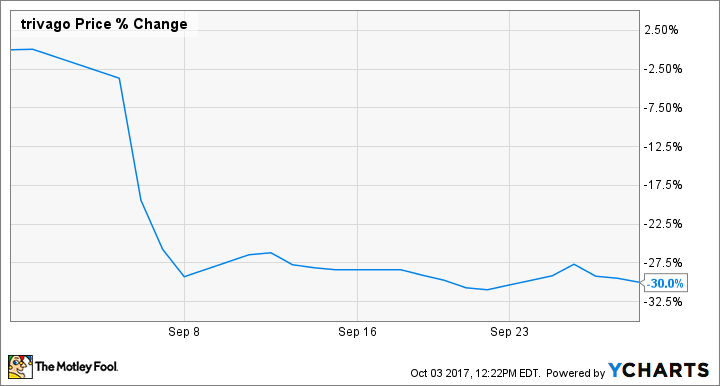 Trivago said it now expects revenue growth to be 40% this year, down from a previous forecast of 50% and well below 67% in its most recent quarter.

Even worse, management said that adjusted EBITDA would now be lower than last year, explaining that Revenue per Qualified Referral was falling faster than expected, which has caused the company to cut back on its marketing efforts.

The company also noted that it was lapping a particularly strong summer last year, and that a weaker dollar is also pressuring earnings.

Trivago's guidance update comes as competition in the online travel market is tightening, with several players seeing slower growth. Priceline Group (BKNG 2.77%) also said it would pull back from hotel metasearch through sites like Kayak, which refers users to other sites like Trivago, and TripAdvisor (TRIP 4.95%) also gave downside guidance in its most recent report.

That's been a particular problem for Trivago, which gets more than 40% of its revenue from metasearch, according to estimates, as it has lost more than half of its value since the summer after surging following its IPO last year.

To overcome that, the company will need to do more to bring travelers directly to its own website.