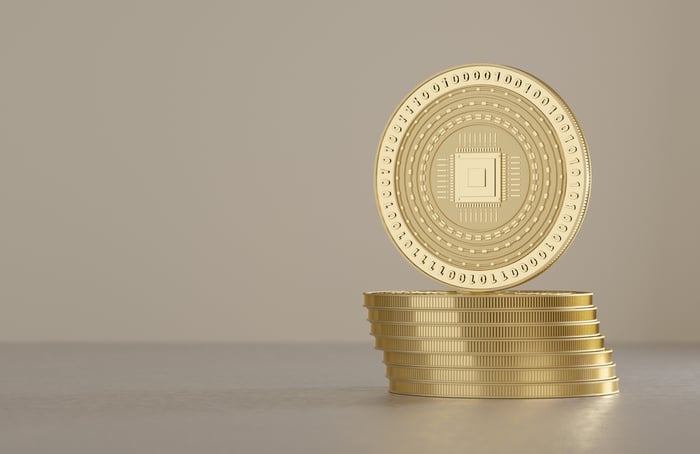 After years of being seen as a nerdy collector's item for programmers and computer geeks, bitcoin has recently gained the attention of mainstream investors, day traders, Wall Street, and probably your crazy uncle Jimmy, too. The cryptocurrency's ridiculous 330% price gain in 2017 has left many to wonder whether bitcoin is a get-rich-quick investment that could actually pay off. Bitcoin has undoubtedly made some early investors rich, but the incredible interest in the cryptocurrency has far exceeded the market's understanding of how the underlying "blockchain" technology works.

That gap in knowledge has created an opportunity for the creation of hundreds of new cryptocurrency tokens looking to cash in on investors' greed and ignorance -- but that doesn't mean all should be avoided. If you're serious about the technology -- and you're ready to do your homework -- then you may want to consider adding one or more of these five cryptocurrencies and tokens to your portfolio. 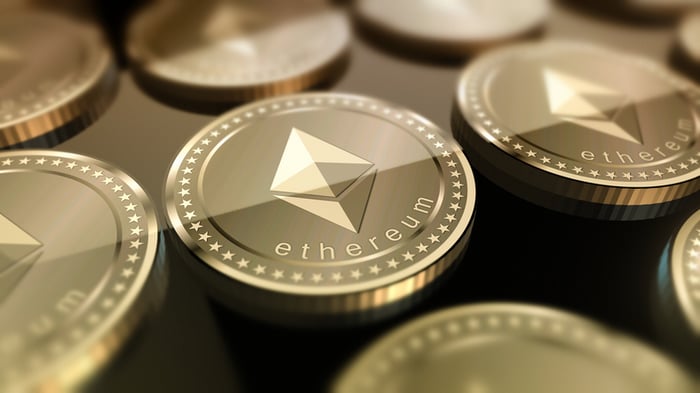 Ether -- the currency of the Ethereum network -- is the second-most valuable cryptocurrency, with a total value of about $28 billion. It started the year priced at just $8 apiece before settling near $300 recently. While Ether is sometimes confusingly called Ethereum, the currency's long-term value lies in the unique Ethereum network and blockchain.

What's the blockchain? Think of it as a new form of internet. You don't need to know how it works to use it, but it's essentially a distributed database without a single gatekeeper. That means all information on this new internet is verifiable by everyone, anywhere.

Part of the value of the Ethereum blockchain is that it can run and execute smart contracts -- agreements executed by software code upon the completion of specified tasks -- between any combination of machines and humans. The upcoming Metropolis release will move the platform closer to its true potential by making it easier for smart contracts to be created and executed by individuals and businesses.

What's the point? With smart contracts and well-designed blockchain protocols, there will be no middlemen extracting fees at each step of a transaction, nor will there be a time delay. Transferring value, whether for utility bills or payroll, would become instantaneous and effortless; you could literally be paid by the hour. If the world ever moves to a truly digital economy, then it will need digital currencies that share many characteristics of the Ethereum ecosystem.

Ether, in my opinion, is the best cryptocurrency available for a long-term investment. 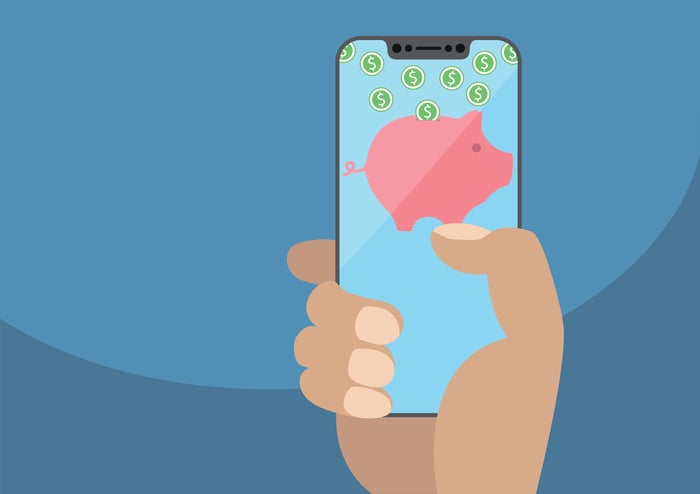 Perhaps the biggest value provided by the Ethereum network is that it can support an ecosystem of decentralized apps, or DAPPS. If Ethereum is a new internet, then DAPPS are the individual websites. Confusingly, although Ethereum uses its own currency (Ether), each DAPP can also have its own unique currency in the form of a token.

When tokens (similar to shares of a company) are offered publicly for the first time, it's called an Initial Coin Offering, or ICO. Companies have raised over $2.3 billion through ICOs this year, and since not all are trustworthy or credible, many have criticized the ICO craze as a bubble. That's not entirely false, but like it or not, ICOs are a new way for companies and start-ups to raise capital -- and not all are fraudulent.

The venture-backed fintech start-up Omise is a great example. It's nearing the public launch of its OmiseGO blockchain technology, which will be used to bring digital wallets mainstream by enabling real-time, peer-to-peer payments with low transaction fees and instant fund settlement. Think Venmo or Paypal, but without any delay in money transfers and in the form of a decentralized exchange.

OmiseGO tokens boast a combined value just shy of $1 billion. Investors who own a token will receive a cut of the transaction fees (similar to a stock dividend) from the company's digital wallets when they go live in the fourth quarter of this year.

The digital wallets will be backed by nationally licensed reserves (similar to how banks are regulated) and will be currency-agnostic (meaning they'll handle transactions and value transfers made in U.S. dollars, Ether, bitcoin, or other popular asset types), which will allow each currency to succeed or fail on its own merits. That helps to protect OmiseGO from volatility in the long run and may allow it to thrive no matter which cryptocurrency is the flavor of the week. 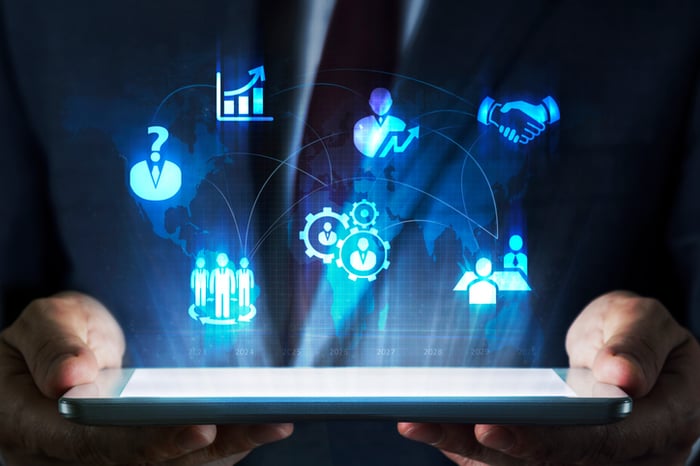 The creators of Qtum (the company and token share the name) decided to focus on business customers. By combining some of the best aspects of bitcoin and Ethereum blockchains, they have made Qtum a tool that allows businesses to easily design and build smart contracts for automating supply chain management and business-to-business transactions.

The goal is to create a platform for smart contracts, including secure and tested templates tailored to specific industries and uses, and develop the technology needed to translate contracts from software code to language humans can read and understand.

Qtum has invested heavily in ensuring mobile compatibility and ease of use, which could enable widespread adoption among many businesses (especially those in emerging economies) interested in decentralized operations. The tokens currently boast a market cap of $580 million, although the Qtum network has only been publicly available since Sept. 13. 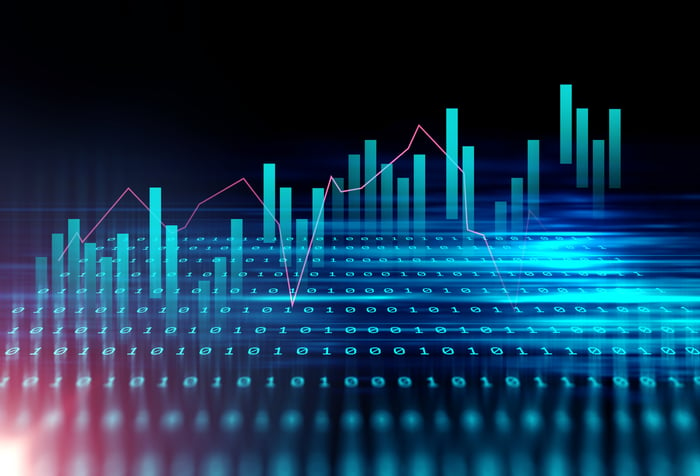 The incredible attention garnered by cryptocurrencies in 2017, and the resulting spike in their usage, has led to frequent delays in transactions. Cryptocurrency exchanges are much less efficient and liquid than, say, stock market exchanges, where trades can be executed in milliseconds.

Rialto.ai is looking to solve that problem by providing algorithms that exploit these deficiencies. Think of it as a cryptocurrency arbitrage network. When exchanges are having problems meeting trade demands or converting between various currencies, Rialto.ai will step in to provide liquidity from its trading portfolio. That will reduce transaction times, ensure open orders are fulfilled instantly, and improve the overall efficiency of any cryptocurrency exchange approved by the creators.

In addition to providing market liquidity, Rialto.ai will conduct trades to profit from market inefficiencies, behaving in a way similar to the robo-traders of Wall Street. The network will collect tiny transaction fees each time and distribute them to token holders twice per year (see a trend here among reputable tokens?), which could really add up if Rialto.ai takes off. Additionally, the algorithms will have knowledge of major transactions in real time. It would be the same as knowing Warren Buffett's every move the second he makes it, rather than waiting for a quarterly filing with the SEC.

However, Rialto.ai tokens may not be legal to own for asset accounts in the United States (yet), as they may run afoul of SEC regulations at the moment. If that changes, then these tokens could be an intriguing way to diversify your crypto holdings. 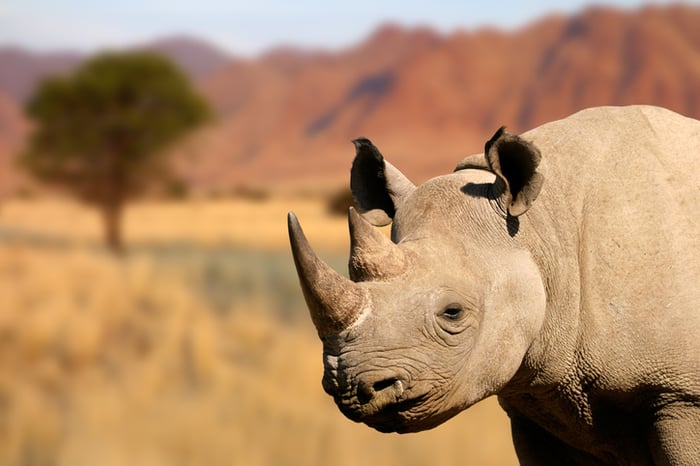 Not every cryptoasset doubles as a software tool. Some just serve as more traditional assets. That's the idea behind PembiCoin from the venture-backed start-up Pembient, although the asset is anything but traditional.

It may sound wild (and it is), but Pembient is developing a technology platform that it hopes will manufacture rhino horn products in the lab through a combination of genetic engineering and 3-D printing. The idea is that this biofabrication tech will more than meet market demand for rhino horn products, making it unnecessary to poach wild rhinos and drive them to extinction. If the company can meet its goal of producing genetically and chemically identical rhino horn products and mass-produce them, then it could drop the price of rhino horn globally -- and drive poachers out of the market. (Of course, it's more complicated and controversial than that.)

Pembient needs a few more years to optimize its technology platform, so it created PembiCoin to gauge interest in its future rhino horn product. Think of it as a commodity futures contract: For every PembiCoin token purchased today, you'll receive 1 gram of its fabricated rhino horn in November 2022. You can also sell PembiCoin between now and then.

This cryptoasset is risky, because Pembient may not meet its technology goals. It's also controversial, given that each token is being offered for one-tenth the current price of rhino horn, which has led some to argue that if the technology works, the tokens will become futures contracts on the extinction of black rhinos. However, it highlights one often overlooked potential application of cryptocurrencies and cryptoassets -- low-cost futures contracts -- and reinforces the idea that we're only scratching the surface of blockchain technology's potential.