Please ensure Javascript is enabled for purposes of website accessibility
Log In Help Join The Motley Fool
Free Article Join Over 1 Million Premium Members And Get More In-Depth Stock Guidance and Research
By Jordan Wathen - Updated Oct 4, 2017 at 5:48AM

Berkshire Hathaway is buying a minority stake in truck stop/travel center giant Pilot Flying J but hopes to grow it in the future.

Berkshire Hathaway (BRK.A -0.72%) (BRK.B -0.62%) is buying a stake in Pilot Flying J, putting Warren Buffett back into a business he first entered unsuccessfully 66 years ago, when he bought half-interest in a Sinclair service station in his hometown of Omaha, Nebraska.

Buffett later called the Sinclair station a "$6 billion mistake" in 1998, referring to the opportunity cost of tying up roughly 20% of his net worth in an unprofitable investment at the age of 21.

Berkshire Hathaway opens its investment into the privately held truck stop/travel center chain as a minority partner, with only a 38.6% stake, but will expand that to about 80% ownership in 2023.

Taking a small stake in a business with plans to buy a larger share later is a common Buffett move. Berkshire acquired Marmon Group on similar terms, buying a 63.6% stake in 2008, increasing its share to 80% in 2012, and then taking control of nearly 100% of the business by 2013.

Owning just over 80% of any business is particularly important for Berkshire Hathaway, because that level of ownership brings certain tax benefits. When Pilot Flying J earns a profit, the earnings are likely taxed at a rate that approximates the statutory corporate tax rate of 35%. Any dividends then paid from Pilot Flying J to Berkshire Hathaway will be subject to taxation again when Berkshire pays its tax bill.

Thus, if Berkshire's share of Pilot Flying J's pre-tax earnings stands at $1 million, it would turn into $650,000 after tax. If the net profits were paid to Berkshire as a dividend, Berkshire would end up with only about $559,000, due to another layer of taxes equal to about 14% of dividends it receives from minority interests.

Buying at least 80.1% of a business for tax purposes is one of many reasons why Berkshire prefers to target whole businesses rather than small stakes in publicly traded companies. He's explained his rationale in his letters to shareholders over the years, and the 80.1% ownership figure appears in familiar and well-known Berkshire holdings such as Nebraska Furniture Mart. 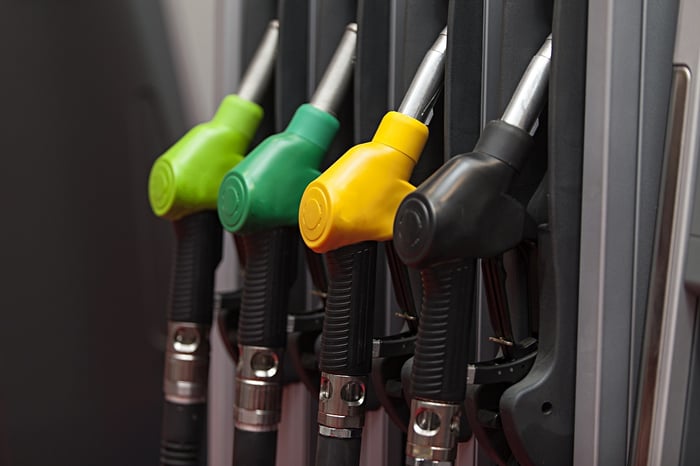 Scale is one of Buffett's favorite sources of competitive advantage, and in this case, he's buying into the biggest operator in its industry. Pilot Flying J stands as one of the largest private companies in America by revenue, is the largest retailer of diesel fuel, and one of the largest franchisees thanks to the restaurants that it operates out of some of its travel centers. On its website, Pilot Flying J says its serves more than 1.3 million guests a day.

The business is driven almost entirely by location and proximity to major highways, as travelers won't drive far from a highway exit to stop for fuel or snacks, leading to high returns for the stations located nearest to the exit. Travelers know that when they see a Pilot sign, it's likely the largest station on the exit, with the biggest selection of merchandise, food, and most importantly, the most bathrooms. For truckers, there isn't much choice, as Pilot Flying J is often the only place with diesel fuel pumps for large trucks.

Of course, there is disruption risk to the business, which Buffett alluded to in an interview with Bloomberg. "Trucks are going to be around for a very long time. Who knows when driverless trucks are going to come along and what level of penetration they have," Buffett said. "There is nothing that we own that doesn't have something in the future that might affect it."

Many of Buffett's largest businesses face some risk from the rise of self-driving cars and trucks. GEICO would stand to lose as premiums fall with a decline in risks to insure. Its Berkshire Hathaway Automotive business, launched from a 2015 acquisition of car dealer Van Tuyl, also faces existential risk from the direct-to-consumer car sales processes employed by Tesla, and from falling demand for cars if ride-sharing services like Uber displace the need for car ownership at the margin.

But those threats could be a very long way off, or so Buffett seems to believe, given Berkshire's stake will increase to 80% of Pilot Flying J six years from now. At the right price, a cash cow -- even one with an expiration date -- can still be a very good investment.

Jordan Wathen has no position in any of the stocks mentioned. The Motley Fool owns shares of and recommends Berkshire Hathaway (B shares) and Tesla. The Motley Fool has a disclosure policy.