One change in management style has made all the difference to the company's fortunes during the last two years.

In 2006, legendary McDonald's (MCD -0.35%) CEO Jim Skinner teased the possibility of making breakfast available to customers well past morning hours. Skinner explained in an interview that the company needed to make a few operational improvements in the kitchen before all-day breakfast could become a reality.

A full eight years later, Skinner's replacement, Don Thompson, an engineer by training, began pushing franchisees to upgrade their kitchens to install more efficient preparation tables. The company was pursuing all-day breakfast in earnest -- at least, it was testing away in earnest.

Most shareholders know what happened next. Weakening sales and nimble competition dulled McDonald's luster, and an anxious board replaced Thompson with then global Chief Marketing Officer Steve Easterbrook in January 2015.

Ironically, many of McDonald's current successes trace their provenance to Thompson's brief tenure of two and a half years. In a 2013 interview with CNBC, Thompson discussed key strategies that have since seen fruition under Easterbrook and his team: all-day breakfast, home delivery, a robust digital ordering and loyalty program, and a focus on healthier items to suit evolving customer tastes. 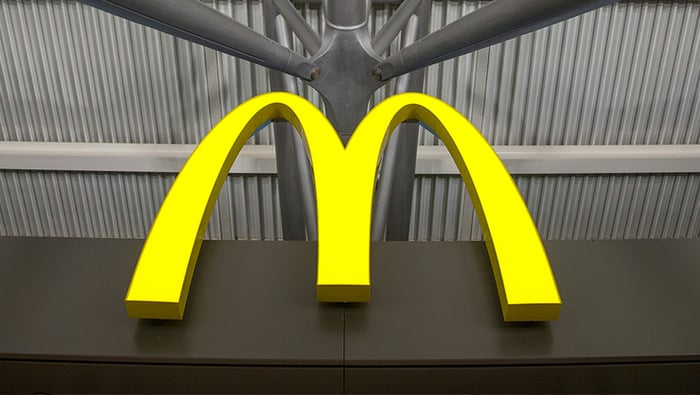 Some of these initiatives undoubtedly would have rolled out under Thompson had he been allowed to remain. But Thompson, like his predecessor, was captive to a culture that was prone to avoiding risks. McDonald's had built a system over the decades that undergirded a small core menu and limited time offerings (LTOs) with consistent quality. To tool with this formula too much was anathema in the executive suite. This is how the company's reputation for endlessly testing new concepts while being slow to execute emerged.

Widely cited since 2006, the article describes the "decisive" style as being, naturally, "direct, efficient, fast and firm." The "hierarchic" style is highly analytical and focused, and once a decision is taken, the hierarchic leader expects it to last for some time.

Integrative decision-making is quite participative and considers information gathered from numerous sources. Finally, flexible decisions are just what you'd guess: decisions made in the interests of organizational agility that can be adapted later if needed.

Based on extensive research, the article argues that the decisive and hierarchic styles are associated with line managers and middle managers, whose decisions need to be either fast and firm, or carefully considered and long-lasting. The integrative and flexible styles, conversely, are more characteristic of the complexity C-level executives must manage in their positions. 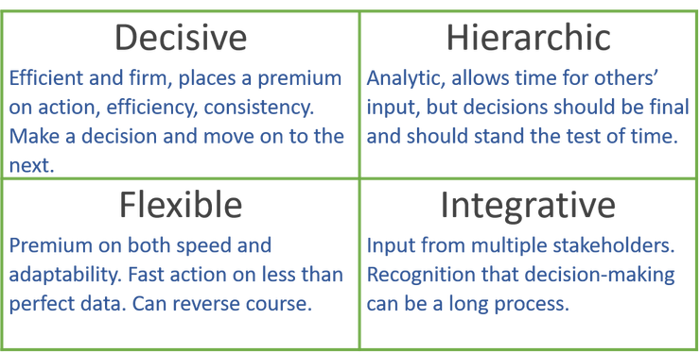 I bring up this framework to point out that in turnaround situations, the incoming executive typically must blend these categories and, often, employ a style that's antithetical to enshrined modes of operation.

In McDonald's case, Easterbrook had to mix hierarchical and flexible approaches as soon as he was installed. There wasn't much time for long listening tours and the employment of a truly integrative style of decision-making. But leaning too heavily on a classically decisive style would risk alienating important stakeholders, including McDonald's massive franchisee base.

Luckily, McDonald's board and shareholders were clamoring for quick change, allowing some leeway in the breaking of cultural norms. As a career marketer, Easterbrook quickly decided to rebrand the company as a "modern, progressive burger company." He set a goal to cut general and administrative expenses by $500 million by 2018, leveraged the balance sheet to discourage activist investors from parachuting in, and made the crucial decision to refranchise restaurants and work toward a nearly completely franchised model.

Significantly, the new CEO retooled the entire company's decision-making process by dispensing with layers of management and restructuring operating divisions.

None of these decisions alone can be labeled make-or-break for the world's largest burger franchise. Each has some flexibility built in. Taken together, they illuminate Easterbrook's single biggest accomplishment: ridding McDonald's of its stifling cautiousness and encouraging the entire company to work in an iterative mode on everything from technology to menu innovation.

For decades, the former approach worked, as the company enjoyed a fast rate of global expansion that masked the coming years of stagnation and decline. In this lucrative period, the CEOs before Easterbrook tended to employ a predominantly hierarchic decision-making style, gathering massive amounts of data and deliberating for years before making decisions that were not easily reversed.

But customers wake up on a fine morning with a new set of tastes, and even the giants must adapt. A new openness to flexible and integrative decision-making appears to be cementing McDonald's turnaround.