Please ensure Javascript is enabled for purposes of website accessibility
Log In Help Join The Motley Fool
Free Article Join Over 1 Million Premium Members And Get More In-Depth Stock Guidance and Research
By Beth McKenna - Oct 4, 2017 at 8:02AM

Shares of the world's largest lithium producer jumped last month likely due to these catalysts. Albemarle stock has returned 60.6% so far in 2017.

Shares of Albemarle (ALB -1.06%), which is the world's biggest producer of lithium and what I consider to be one of the three best lithium stocks for most investors, jumped 17.3% in September, according to data from S&P Global Market Intelligence. For context, the S&P 500 returned 2.1% in the month. 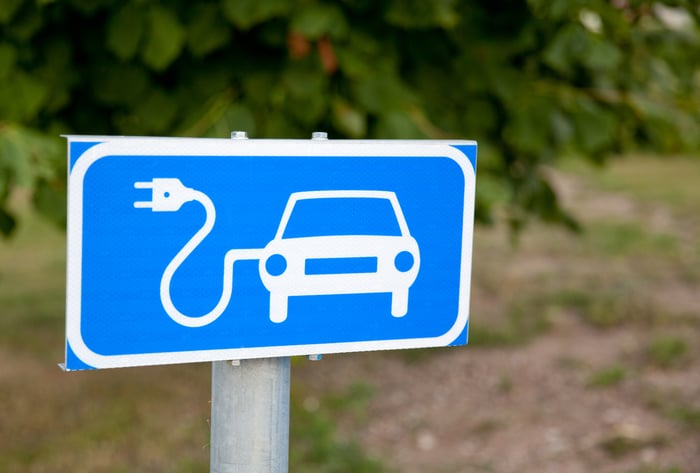 We can surely attribute Albemarle stock's robust performance in September to at least one catalyst, and perhaps more than one. On Sept. 11, news broke that China had begun looking at a ban on the production of petroleum-powered cars. Such a ban by the world's largest auto market would be a boon for electric vehicles (EVs), and, therefore, lithium producers because the metal is needed to make the lithium-ion batteries that power EVs. Albemarle stock jumped nearly 5% on this day alone.

It seems likely that the stock's performance in September was also at least partially due to a bounce back after the stock seemed to be unduly punished in August after the company announced very solid second-quarter earnings. The stock closed down 6.2% on the first trading day after earnings were released and continued to lose ground for several days. Though Albemarle missed Wall Street analysts' quarterly revenue expectations, it beat on the earnings side.

Albemarle stock, along with most lithium stocks, has been red-hot since early last year. So it's very possible that sizable pullbacks could be on the horizon. That said, the long-term picture still looks bright due to the growing popularity of EVs.

Investors, however, need to keep their eyes on the lithium supply side. For now and for the near term, it looks like supply will have a hard time keeping up with growing demand, but that could change down the road.