Late on Sept. 24, microprocessor giant Intel (NASDAQ:INTC) announced a new family of processors for the desktop personal computer market, based on its new Coffee Lake architecture.

These chips are noteworthy because they include more processor cores than their predecessors based on the Kaby Lake architecture did while keeping pricing roughly flat, and are built on a higher-performing variant of its 14-nanometer technology. 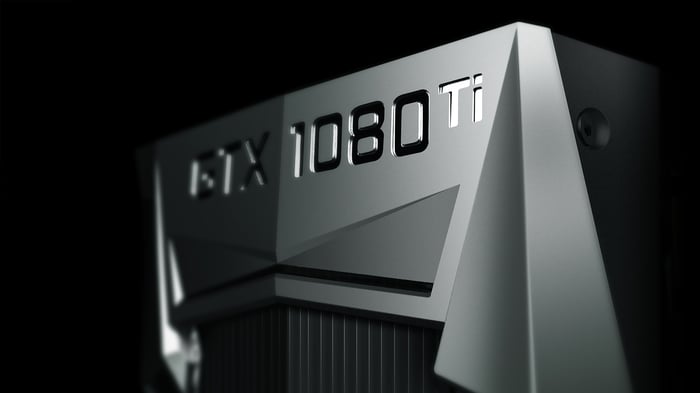 The additional cores should make these new chips more marketable to the enthusiast portion of the personal computer market.

In the morning after Intel formally announced those chips, shares of graphics specialist NVIDIA (NASDAQ:NVDA)  dropped by nearly 4%. On Sept. 25, CNBC explained the decline in NVIDIA's stock price with the following: "At first blush, it may seem Intel's processors may not be a direct competition for Nvidia's graphics cards. However, if enthusiasts can improve gaming performance with a new desktop processor, it could take budget dollars away from graphics card upgrades."

Here's why that doesn't make sense.

Gaming performance is primarily determined by the speed of the graphics processing unit (GPU), which NVIDIA sells, but those GPUs need to be paired with fast-enough central processing units (CPUs) to be fed with enough data to achieve their potential.

It's unlikely, therefore, that somebody interested in improving their gaming performance and the knowledge to build and/or upgrade her or his own computer will forgo a graphics card upgrade in favor of a CPU upgrade just because Intel launched new chips.

If anything, gamers often buy or build completely new systems when it comes time to upgrade. Intel releasing a line of interesting new CPUs could encourage gamers to go out and either buy or build new computers, which would almost certainly involve the purchase of a gaming-oriented graphics processors -- like the ones that NVIDIA sells.

A potentially bigger threat to both Intel and NVIDIA

What is probably a bigger threat to both Intel's and NVIDIA's component sales is likely to be the continued high (and potentially rising) prices of dynamic random access memory (DRAM), which is used as primary system memory.

When gamers buy new computers, those computers come with some amount of DRAM installed. With DRAM prices elevated, that DRAM will consume a larger portion of the total system bill of materials than it would have before the rise in DRAM prices. 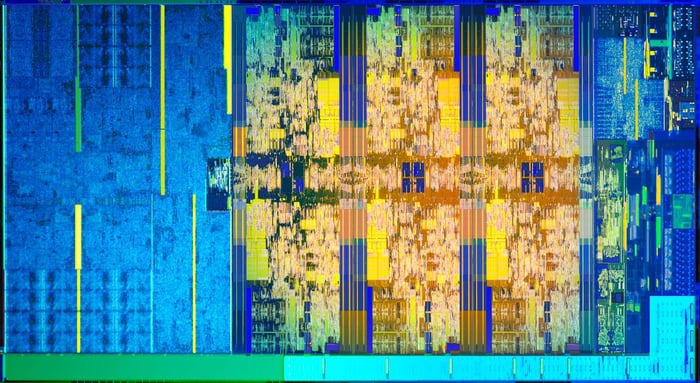 Some gamers might simply take it on the chin and pay extra to get systems with the appropriate amount of DRAM as well as the GPUs and CPUs that they want.

But many gamers -- particularly college-age gamers -- are on relatively fixed budgets, which could lead them to buy systems with less capable GPUs and/or CPUs to stay within budget. That could ultimately lead to a mix shift down for either (or both) Intel and NVIDIA, reducing their respective gaming-related revenue growth rates.

In such a scenario, I would expect gamers to buy the best GPU that they can get as long as they have a decent CPU in the system, which means that the potential of a mix-shift down due to DRAM pricing is probably more of a risk to Intel than it is to NVIDIA.