Netflix, Alphabet, and Tesla stole the show this week. Here's what investors need to know.

Tech didn't fail to deliver some interesting fodder for investors this week. Netflix (NFLX 5.03%) decided that customers are willing to pay more, Alphabet's (GOOGL 5.11%) (GOOG 5.20%) Google launched a huge new lineup of its Made by Google products, and Tesla's (TSLA 4.53%) Model 3 production missed management's target by a mile.

On Thursday, streaming-TV giant Netflix surprised investors when news surfaced that the company planned to raise prices on several of its plans. Beginning in November, it will charge $10.99 a month for its standard service, which currently costs $9.99 a month and allows for two screens to use the service simultaneously. In addition, the monthly price for Netflix's four-screen, top-tier plan will increase from $11.99 to $13.99, Mashable reported. The basic plan, which allows for only one screen to watch Netflix at a time, is expected to remain the same, at $7.99.

Investors loved the news. Shares shot up to record highs on Thursday and continued to climb on Friday. The stock rose a total of 7% between when the news surfaced and the end of the trading day on Friday. 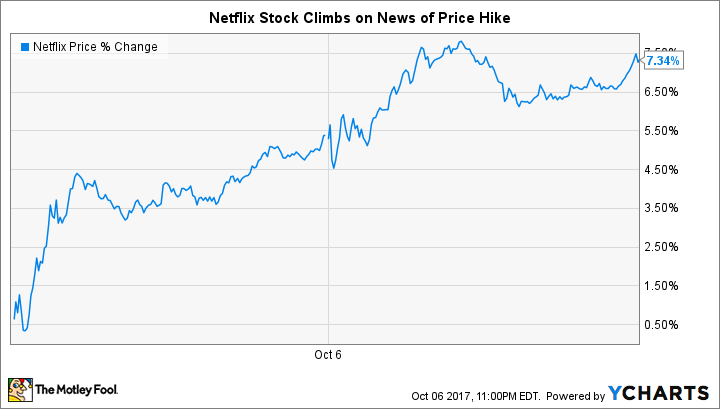 Netflix confirmed the price increase with press, citing more quality content, new product features, and an improved overall experience as reasons for the higher prices. The price increase will occur in the U.S. and customers will begin to be notified as early as Oct. 19.

Alphabet goes all in on hardware

Just after the news of Alphabet's purchase of part of HTC's business, Google proved it's not messing around with its growing hardware business. It launched a total of eight new products last week (nine if including the Pixelbook Pen made for Google's new Pixelbook). 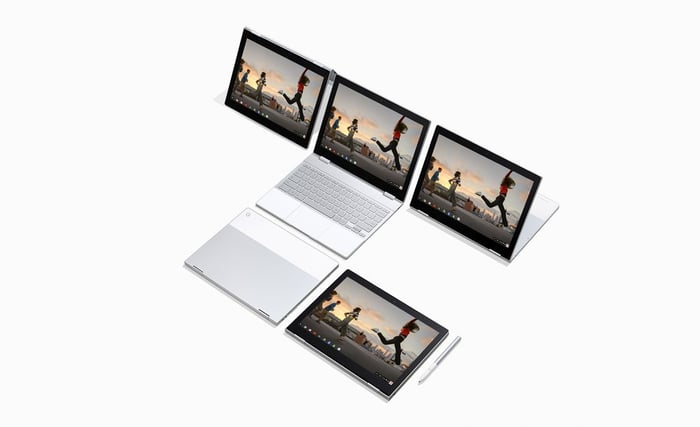 Some of the most notable new products included second-generation Pixel smartphones, a thin and light Pixelbook laptop with a keyboard that can fold underneath, and Pixel Buds to compete with Apple's AirPods.

Alphabet's hardware business has been thriving, serving as one of the primary drivers in the "Google other" segment, whose revenue was up 42% year over year in Alphabet's second quarter.

Electric-car maker Tesla made headlines during the week when the company released its third-quarter deliveries. Overall deliveries were higher than expected; Tesla even raised its full-year guidance for combined Model S and X deliveries. But where Tesla ran into trouble was the production of its important Model 3.

Tesla said it produced only 260 Model 3 -- 1,240 short of its target of 1,500 units. The company cited production bottlenecks for the shortfall but said it is confident it can address these bottleneck issues "in the near-term."

These Model 3 manufacturing bottlenecks are apparently a major priority at Tesla right now, as it said on Friday that it is delaying its semi truck unveiling partly so it can divert resources to fix Model 3 production (the company also wants to transition more resources to Puerto Rico hurricane relief efforts).

Investors will be on edge until Model 3 production picks up. Tesla management has said it believes that it can increase total vehicle production from a run rate of about 100,000 units today to 500,000 units next year, and it expects most of this growth to come from Model 3.