Please ensure Javascript is enabled for purposes of website accessibility
Log In Help Join The Motley Fool
Free Article Join Over 1 Million Premium Members And Get More In-Depth Stock Guidance and Research
By Rick Munarriz - Oct 9, 2017 at 11:06AM

The leading maker of wearable cameras takes a hit after Google rolls out a new camera with intriguing features.

GoPro's (GPRO 0.54%) return to a double-digit stock price didn't last long. Shares of the action-camera maker tumbled 10.3% last week, sliding after Alphabet (GOOG -0.27%) (GOOGL -0.21%) introduced a new camera. Even though a few analysts and industry watchers would go on to point out that Google Clips is not technically an action camera, it was enough to at least temporarily derail one of the summer's more interesting turnaround stories.

It had been a summer to remember for GoPro investors before last week's stumble. The stock had moved higher for three consecutive months, soaring 35% along the way. In early September, the stock closed above $10 for the first time in more than seven months, and it would remain there until last week's slide. Assessing the challenge posed by Alphabet's latest hardware product will go a long way toward dictating GoPro's chance to resume its recent winning ways. 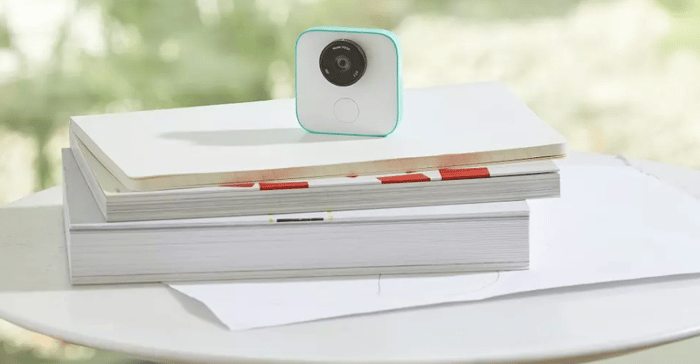 A moving picture is worth a thousand words

Google Clips is a small camera that captures motion photos without sound. Alphabet's new $249 toy certainly doesn't seem like it's much of a threat to GoPro's Hero line of wearable cameras. Short video clips with no audio isn't going to fly with the outdoor sports enthusiasts who have gravitated to GoPro's action cameras in the past to chronicle their spectacles.

GoPro stock even inched higher on Friday, following a report by JPMorgan analyst Paul Coster, arguing that the sell-off was overdone. He doesn't see Google Clips as a direct threat to the GoPro empire, and anyone who can read a spec sheet can pretty much come to the same near-term conclusion. Most of the clips in Google's promotional online material feature young families, seemingly positioning the camera as a device that you set somewhere around the home and let the three-hour battery life attempt to capture endearing moments.

The problem, of course, is that there's no reason to believe that Google Clips will be the end of the line for Alphabet in this niche. The potential game changer here is Moment IQ, the machine learning algorithm that recognizes -- and records -- expressions, lighting, and framing. Moment IQ uses artificial intelligence to be perpetually learning, and GoPro may be quaking in its hiking boots if Google decides to make a broader push into action cameras.

GoPro was rallying before last week's stumble. At one point last month, it posted back-to-back weeks of double-digit gains after revealing that it would be landing at the higher end of its earlier guidance for the third quarter that came to an end last week. A turnaround appears to be taking place, and while Google Clips isn't going to derail that momentum in the near term, it's something to watch and respect in the future.