The manufacturing and engineering services company has handily beat the market this year. But some on Wall Street are calling for caution.

It's been a great year for Jabil Inc. (JBL -1.07%) investors. Shares of the manufacturing-services specialist have climbed more than 20% so far in 2017, easily outpacing the S&P 500's respectable 14% rise.

However, on the heels of Jabil's most recent quarterly report two weeks ago, one analyst thinks it may be time to take some of those profits off the table. On Tuesday, Jabil fell more than 3% after Goldman Sachs analyst Mark Delaney downgraded the stock to sell from neutral. Delaney simultaneously reduced his per-share price target on Jabil from $28 to $26 -- a roughly 12% discount from Monday's close. 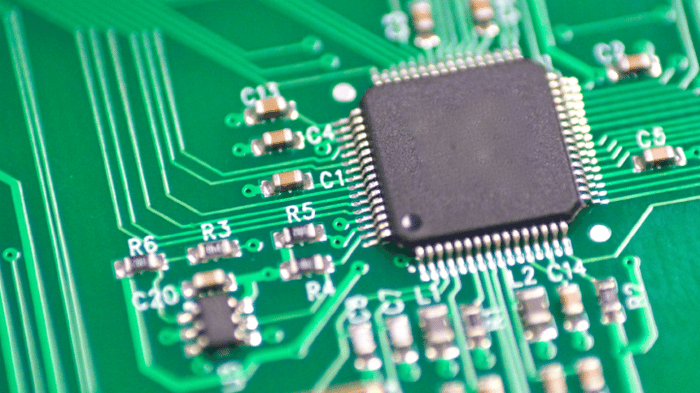 To justify his bearishness, Delaney noted that Jabil has a "mixed track record" on meeting its full-year financial guidance. Further, Delaney argued that Wall Street's expectations for Jabil are "overly optimistic" in modeling double-digit earnings growth for each of the next two years. For perspective, during Jabil's most recent quarterly conference call two weeks ago, management told investors to expect core earnings per share of $2.60 in fiscal 2018, and set a goal of delivering earnings of $3.00 per share in fiscal 2019.

So what's the problem? Delaney expressed concern over Jabil's exposure to Apple -- which represented 24% of its total sales in fiscal 2017 -- citing both a "relatively measured initial update of the iPhone 8/8+" and "downside risk to estimates if iPhone X orders are not stronger."

As such, he tentatively expects Jabil to achieve earnings of $2.70 per share in fiscal 2019, marking a pessimistic departure from both the company's guidance and consensus estimates for earnings of $2.91 per share.

The challenges of growth, diversification

In retrospect, Delaney's skepticism shouldn't be terribly surprising: During last-quarter's call, he asked management to elaborate on their efforts for improving "diversification across different mobility products, so that [Jabil isn't] still impacted by the mix of which mobile products may or may not sell well in the end market [...]."

In response, Jabil CEO Mark Mondello insisted that he couldn't comment "too discreetly about any one portion of the business." But he also added that the company is "working hard" to that end, and that he felt "good about how things look going forward." Earlier in the call, Mondello also teased, "[T]here's compelling evidence that our diversification will increase, establishing what I believe will be even more predictable earnings and cash flows as we move forward."

What's more, according to CFO Forbes Alexander, Jabil expects to generate cash flow from operations of over $1 billion in fiscal 2018. This will support planned capital expenditures of roughly $700 million -- up from $541 million in fiscal 2017 -- as Jabil invests aggressively for diversified growth across multiple markets including healthcare, packaging, automotive, industrial, and capital equipment.

Delaney also offered the caveat that his opinion on Jabil stock could change if the company demonstrates more concrete proof of sustainable growth and diversification going forward. But barring any preliminary announcements on specific large-customer wins between now and Jabil's next quarterly report in December, it seems Wall Street will need to hurry up and wait for such proof to materialize. Until that happens, I suspect Jabil stock will remain under pressure.