The stock market ticked up on Tuesday, with the Dow and other major benchmarks posting gains of 0.1% to 0.3%. Concerns about the fate of the tax reform proposal in Washington continued to have some investors on edge, yet sentiment is generally favorable going into the beginning of earnings season. Helping to lift spirits on Wall Street were several pieces of good news from individual companies. MannKind (NASDAQ: MNKD), Nutanix (NASDAQ:NTNX), and Smith & Nephew (NYSE:SNN) were among the best performers on the day. Below, we'll look more closely at these stocks to tell you why they did so well.

Shares of MannKind soared 26% on Tuesday, adding to immense gains recently as analysts expressed optimistic views on the biotech stock. Analysts at H.C. Wainwright opened their coverage of MannKind by giving it a buy rating, setting a $7-per-share price target that helped prompt the latest surge in the stock. The analyst company believes that MannKind's Afrezza inhaled insulin has competitive advantages over injected insulin alternatives, and it expects that MannKind will eventually attract a buyout bid. Today's move takes MannKind's gains to about 250% just since late September, and it's clear that momentum is helping to carry share prices higher at this point. 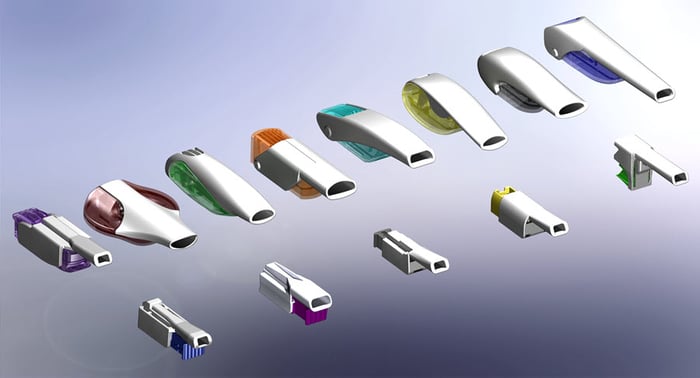 Nutanix stock finished higher by 10%, as the cloud computing software company also received positive comments from analysts today. William Blair and Jefferies Group both had analysts saying good things about Nutanix, citing satisfaction among the cloud company's customer base and favorable levels of product adoption. By looking more seriously at emphasizing its highest-margin businesses, Nutanix could boost earnings growth even further, spurring greater share-price gains. With one analyst setting a price target of $34 per share, Nutanix could have a lot of room to move higher if its business continues to prosper.

Finally, shares of Smith & Nephew gained 5%. The medical device company has reportedly gotten the attention of activist investors at the Elliott Management hedge fund, with Paul Singer and his team having built up a modest stake in Smith & Nephew. Elliott has made several forays into the activist investing arena lately, and the struggles that Smith & Nephew has faced in fostering growth might be a key reason why the hedge fund sees potential for the company. In light of strategic acquisitions aimed at bolstering growth, Smith & Nephew might prefer not to deal with Elliott right now, but it's possible that the company won't have that luxury.