Sometimes, the most hated stocks are the ones worth looking at the closest. That's especially true for stocks that pay dividends, since their yields rise as their share prices fall. If the reasons behind investors' displeasure with the stocks either are no longer valid or might soon change, these stocks could be great deals. 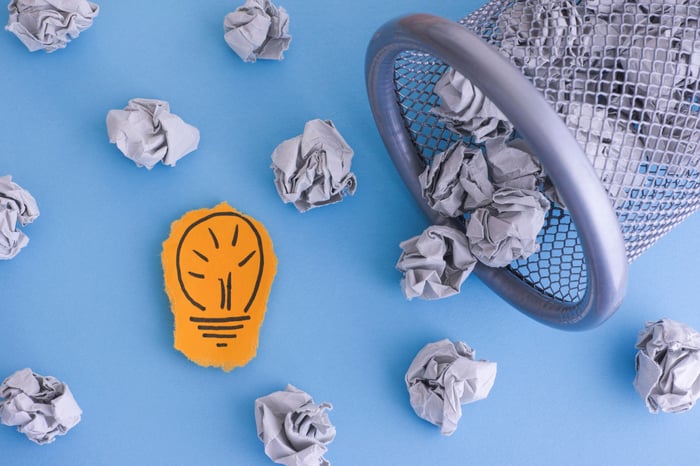 Energy Transfer Partners stock has plunged more than 20% in 2017 and around 60% over the last three years. Investors have soured on the midstream master limited partnership (MLP) for several reasons. The downturn in the oil market hurt the company's business, but Energy Transfer Partners also has encountered delays in some of its most important projects.

These woes led the company to slash its dividend earlier this year. Even with that cut, though, Energy Transfer Partners still boasts a sky-high yield of 11.9%. Further dividend cuts don't appear to be on the horizon. However, the yield would still be very attractive even if more trimming was needed.

Is there a reason to buy Energy Transfer Partners stock now? Yes. The company looks like it might have turned the corner. In the second quarter, Energy Transfer Partners reported that adjusted earnings before interest, taxes, depreciation, and amortization (EBITDA) increased 16.7% year over year. Distributable cash flow jumped 21.5% from the prior-year period.

In addition, there are a couple of things that fellow Fool Matt DiLallo pointed out recently that could be huge catalysts for the stock. First, Energy Transfer Partners has a sizable position in its sibling company, Sunoco LP, and Sunoco could look to buy back some equity. That could allow Energy Transfer Partners to raise up to $1 billion. Second, the company could take steps to reduce its incentive distribution rights (IDR) burden, which give the MLP's general partner, Sunoco Partners LLC, an increasing share in the incremental distributable cash flow the partnership generates. Reducing this IDR burden would likely send Energy Transfer Partners' units higher.

Seagate Technology's share price has dropped nearly 10% this year. It's apparent that many expect it to continue to suffer: More than 17% of the stock's float is currently sold short. The hard-disk drive maker posted disappointing fiscal fourth-quarter results in July.

One area where Seagate won't disappoint investors, though, is with its dividend. Seagate's yield currently stands north of 7.5%. And while the company is using nearly all of its earnings to fund dividends, Seagate's cash flow is solid and should be sufficient to keep the dividends flowing at current levels.

The primary reason to buy Seagate Technology stock is its long-term prospects. Several of the factors behind the company's revenue and earnings misses in the fiscal fourth quarter were due to temporary issues. For example, there were some supply chain problems affecting revenue that should be worked out in the near future.

Over the long run, the most important technologies, including artificial intelligence and the Internet of Things, will drive increased demand for data storage. Seagate remains one of the top players in the data storage market. That isn't likely to change anytime soon. Buying the stock now locks in a terrific yield for a business that should rebound.

Omega Healthcare Investors stock hasn't been beaten down this year, although its share price hasn't gone up much, either. So why categorize Omega Healthcare as a hated dividend stock? More than 22% of the float is currently sold short, indicating that there are plenty of investors who are pretty bearish about this healthcare-focused real estate investment trust (REIT).

Probably the biggest reason for investors' skepticism is that the company reported an earnings decline of nearly 40% in its last quarter. Much of that decrease stemmed from higher interest expense and refinancing costs.

The good news for investors is that Omega Healthcare pays an attractive dividend, which currently yields 8.1%. It also has a solid history of growth: The company has increased its dividend for 20 consecutive quarters.

Omega Healthcare investors should benefit from an unstoppable trend: the aging of the baby boomer generation. The company owns skilled nursing and assisted living properties throughout the U.S. and U.K. Omega Healthcare stock might be hated now, but it's one that investors should come to love over time with its increasing dividends and solid long-term growth prospects.