BofI Holding (NYSE:AX), the online-only bank, has grown rapidly over the past several years. In fact, the bank's profits have nearly quadrupled in the past five years.

While a strong history of growth is certainly impressive, it's also important to determine whether the growth is sustainable or not. That is, is the bank still small enough that there's lots of market share to be captured? And are there catalysts that could continue to fuel its growth? With that in mind, here's a rundown of the bank's past five years, and where it could be heading over the next five. 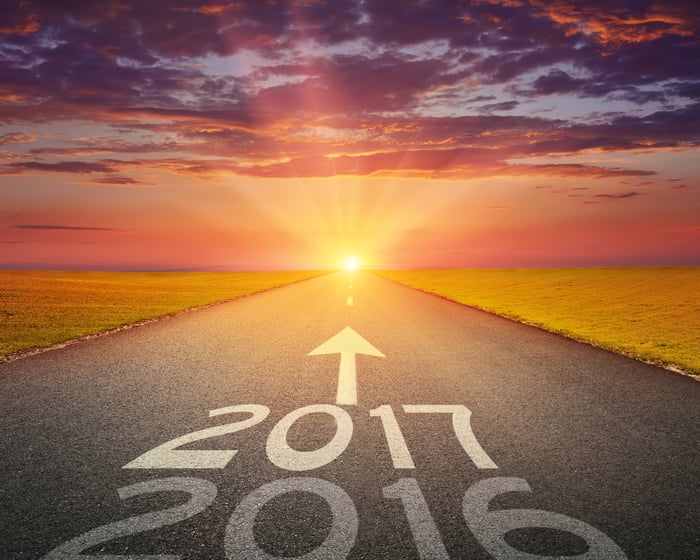 Where was BofI Holding five years ago?

Over the past five years, BofI (which stands for "Bank of Internet") has been a tremendous growth story, as you can see by comparing some of the bank's current results with those of the same quarter in 2012.

BofI's assets have nearly quadrupled, and have grown at a 29% annualized rate. Other key metrics have increased in a similar manner. At the same time, BofI's net interest margin remains among the highest in the banking industry, and asset qualify has greatly improved.

To be fair, as the economy has improved over the past several years, so has asset quality, industrywide. However, the current 0.38% non-performing loans rate is far better than most peers'.

BofI's existing business components, such as mortgage lending and its online deposit accounts, still have lots of room to grow. Even with the rapid asset growth over the past five years, $8.5 billion in total assets is still quite low relative to other banks.

And these businesses are still producing impressive growth. Over the past year, BofI's deposits have grown by 14.2% and its loan portfolio has increased 16%.

In addition to its existing revenue streams, BofI is expanding its business into a few key areas. For example, BofI's year-old partnership with tax preparer H&R Block has been recently expanded, and the bank will now provide all of the company's refund anticipation loans. Not only is this an obvious surge in loan originations, but it also creates lots of opportunities to cross-sell products to H&R Block's customers.

The bank has also expanded its lending business, which traditionally has been dominated by mortgage products, into other areas like auto lending and unsecured personal loans. These are huge markets that are thus far untapped by BofI and its low-cost business model, and there's lots of growth potential.

Where could BofI be in five years?

Nobody knows where any company will be in five years in terms of revenue, assets, or profitability -- especially a fast-growing company like BofI. There's simply too much that could happen between now and then.

But with the continued growth in the bank's existing businesses and the rollouts of several new types of lending, I'd say that maintaining a double-digit growth rate for the next five years is highly probable. The bank's assets grew by 12% over the past year, and if it could simply maintain this rate of growth, it would translate into about $15 billion in assets. If the bank's auto lending business starts to take off, for instance, or the H&R Block partnership results in an influx of new business, this could prove to be quite conservative.