Could these revolutionary therapies turn the tide in the fight against cancer? 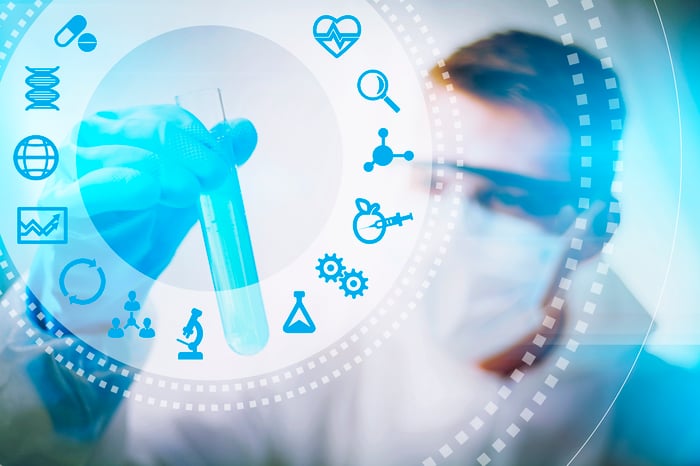 "The emperor of all maladies, the king of terrors." This phrase was used by a 19th century surgeon to describe cancer. More than a century later, the description unfortunately still applies. Oncologist Siddhartha Mukherjee even used the first part of the phrase as the title for his best-selling book about cancer.

Many scientists in both the public and private sector, however, are hard at work attempting to dethrone this terrible emperor. Significant advances have been made in recent years, some of which are now becoming available to cancer patients, with others hopefully only a few years away. Here are five potentially game-changing cancer-drug innovations that are being developed right now. 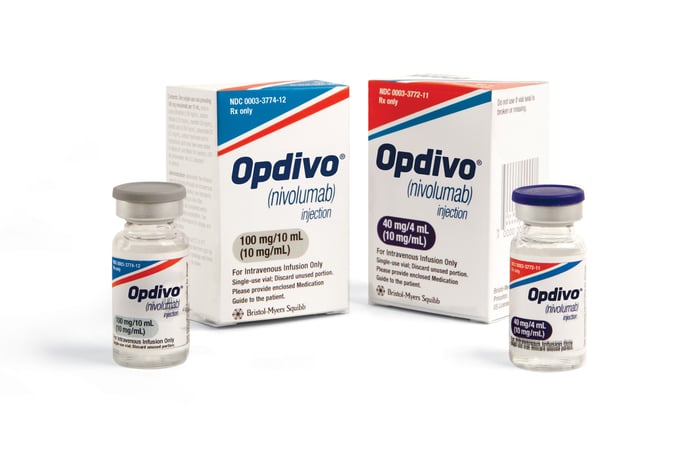 Patients with certain types of cancer don't have to wait to be treated with one of the most powerful approaches to fighting cancer yet to emerge: immunotherapies. Bristol-Myers Squibb's (BMY -0.13%) Opdivo and Merck's (MRK -0.37%) Keytruda are two immunotherapies that have already become blockbuster drugs.

Immunotherapies use the body's immune system to fight cancer. Opdivo and Keytruda are PD-1 inhibitors. PD-1 is what's called a checkpoint protein. It acts as an on-off switch that tells T cells -- which get their name from being produced in the thymus gland -- whether or not to attack a cell.

PD-1 inhibitors keep cancer cells from producing the PD-1 checkpoints. As a result, T cells can more effectively fight tumors. PD-L1 inhibitors work in a similar way. Several PD-L1 inhibitors are also on the market, including Bavencio from Pfizer and EMD Serono/Merck KGaA along with Roche's Tecentriq. 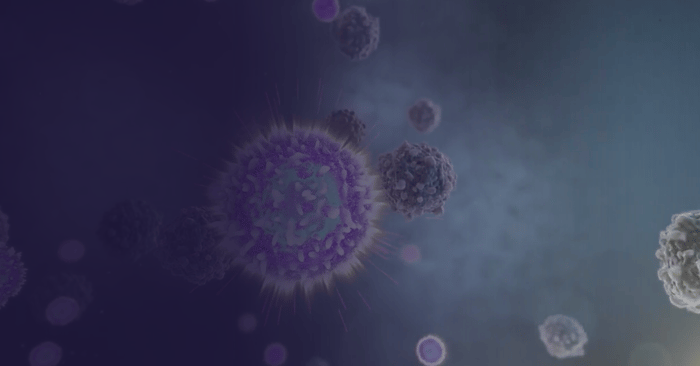 One of the most exciting areas of cancer research today focuses on chimeric antigen T-cell (CAR-T) therapy. In this approach, blood is drawn from cancer patients and T cells are separated out. A disarmed virus is then used to genetically engineer the T cells to produce chimeric antigen receptors (CARs) that target an antigen found in the tumor cells. Millions of these engineered T cells are created in the lab, then infused back into the patient's blood stream.

You can think of the T cells as miniature missiles that can attack tumor cells, with the CARs serving as the guidance system for the missiles. CAR-T therapies have been called "a living drug" that focuses in like a laser on the cancer cells and kill them.

Novartis won the first Food and Drug Administration (FDA) approval for a CAR-T drug in August for treating B-cell precursor acute lymphoblastic leukemia (ALL). Kite Pharma, which was recently acquired by Gilead Sciences (GILD 1.84%), could have the next CAR-T drug on the market. An FDA decision on axicabtagene ciloleucel (axi-cel), which targets treatment of refractory aggressive non-Hodgkin lymphoma (NHL), is expected by Nov. 29, 2017. 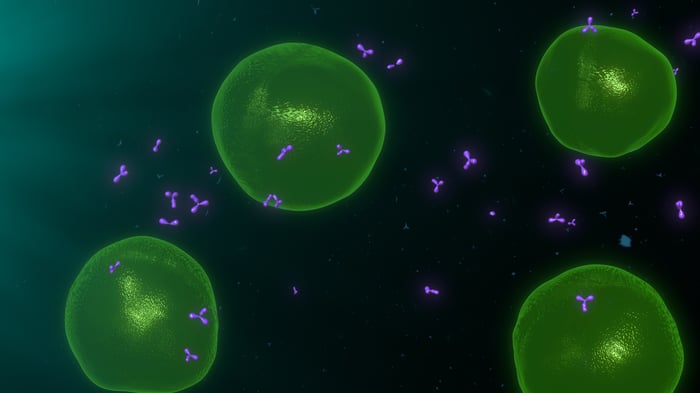 Another immunotherapy approach for fighting cancer is a sibling of CAR-T known as T-cell receptors (TCRs). Like CARs, TCRs are proteins that can guide T cells to cancer cells. There's a key difference: Whereas CAR-T cells can only recognize proteins expressed on the surface of cancer cells, TCRs can recognize tumor-specific proteins on the inside of cells.

There are no TCR therapies on the market just yet. However, Gilead Sciences now has several early-stage studies underway for experimental TCR drugs. Juno Therapeutics is another leader in the area of TCR research and has multiple early-stage studies in progress. 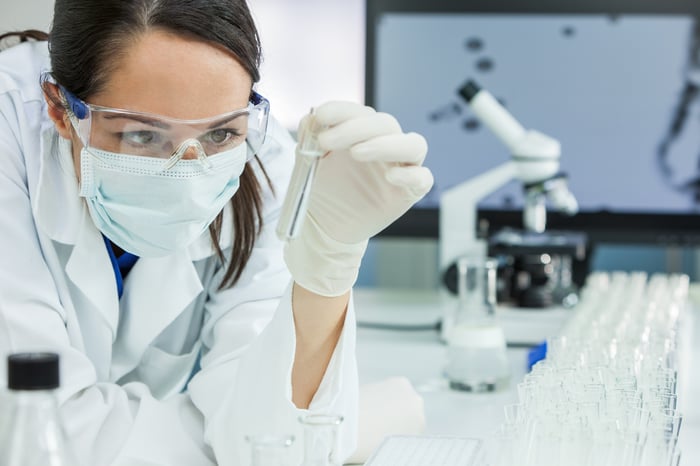 Many tumors increase production of an ezyme called indoleamine 2,3-dioxygenase (IDO). They do this because IDOs kill T cells. It's kind of like a Star Wars battle at a cellular level. The T cells are the rebel force's X-wing fighters, while the IDOs are the empire's defense system to protect the death star -- which, of course, is the cancer cell.

IDO inhibitors do just what their name says: They inhibit the production of IDO enzymes in tumor cells. Back to our Star Wars analogy: If the death star's defense system is weakened, it's a lot easier for the X-wing fighters to succeed in their attack.

No IDO inhibitors are commercially available at this point. However, two biotechs are making progress. Incyte (INCY 0.54%) has late-stage clinical studies underway for its IDO inhibitor, epacadostat, in combination with already-approved immunotherapies Opdivo and Keytruda. Newlink Genetics (NLNK) is planning a late-stage study for another experimental IDO inhibitor, indoximod, with enrollment expected to be completed by the end of 2018. 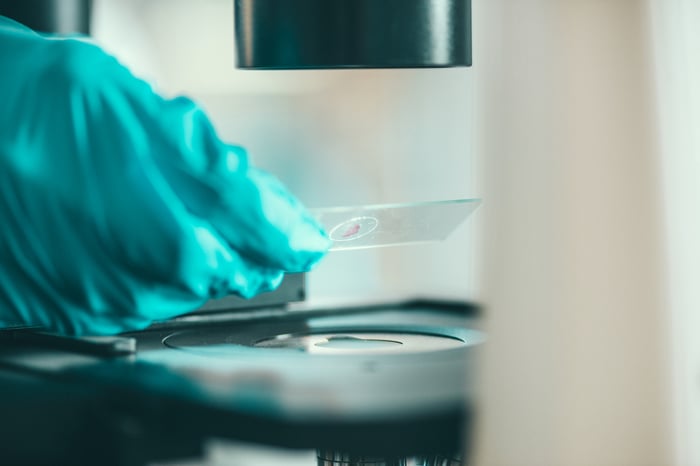 You've heard of genetics, but what is epigenetics? It's the study of inherited changes in gene expression that aren't a result of changes to DNA sequences. For example, smoking cigarettes can change which genes are expressed and which aren't -- and leads to lung cancer.

The goal of epigenetics in treating cancer is to control the gene expression that gets messed up by epigenetic processes. One company at the forefront of this approach is Epizyme. Its lead product, tazemetostat, is currently in phase 2 studies targeting solid tumors and mesothelioma, a type of cancer caused by exposure to asbestos. Gilead Sciences bought a small Danish drugmaker, Epitherapeutics, in 2015 to jump into epigenetics, but its programs are only in pre-clinical testing at this point.

Whether it's epigenetics or any of the other innovative approaches to fighting cancer, there's reason for hope that the "emperor of all maladies" might not have as powerful of a reign for too much longer.