Shares of everyone's favorite cream-filled cakes, Hostess Brands (NASDAQ:TWNK), the second-largest producer of sweet baked goods in the United States, are down 10% Friday morning. This came a day after the announcement its chief executive officer would be retiring effective March 1, 2018, or sooner if a replacement is appointed.

Dean Metropoulos, executive chairman of the board, commented in a press release:

On behalf of the Board and management team I would like to thank Bill for his significant contributions to Hostess. Under Bill's leadership, the Company successfully reestablished the iconic Hostess brand as a leader within the sweet baked goods category and transitioned from a private to public company. Bill has led Hostess through a considerable growth phase and has generated significant stockholder value. It has been a pleasure working with him to establish a strong culture as a foundation for future success. 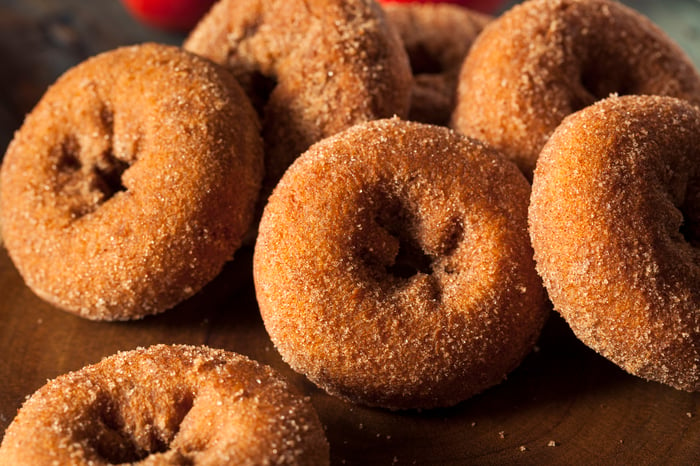 Until a new candidate takes the leadership role, there is some amount of uncertainty facing investors, which could be weighing on the stock. In addition to that, however, was UBS downgrading the stock, noting slowing trends in the company's core business and market-share loss in sweet baked goods. UBS analyst Steven Strycula slashed its price target by $5, down to $11.

There's no question Hostess faces challenges in its core business, and there's no denying trends are moving toward healthier foods. That said, Hostess still holds pricing power over its rivals thanks to its incredible portfolio of brands and the desire for sweet snacks that will never completely fade. The new CEO will have to convince investors Hostess has the vision to adapt and grow revenue in adjacent categories such as frozen desserts. Until then, uncertainty with leadership and recent downgrades are more than enough to convince some investors to watch this from the sideline, and today's 10% decline seems fitting.