The stock market posted solid gains on Friday, finishing the week on a positive note as major market benchmarks reached unprecedented heights. Market participants largely focused on the success of the U.S. economy, with the latest reading of consumer sentiment having hit levels unseen since the boom of the mid-2000s. Prospects for a favorable earnings season also lifted confidence among investors, and good news from individual stocks played a role in sending the overall market higher. HP (HPQ -2.78%), ArcelorMittal (MT 1.28%), and Sohu.com (SOHU -1.21%) were among the best performers in the market on the day. Let's take a closer look to see what made these stocks do so well.

HP finished the day up more than 6% in the wake of positive comments at its analyst day presentation on Thursday. The manufacturer of printers and PCs said it believes its bottom line for 2018 will be at the upper end of what investors have expected. CEO Dion Weisler said the company has made significant progress in turning itself around and that HP is more confident about its ability to focus on growth ideas in the coming year and beyond. HP is just one player in a highly competitive industry chasing some extremely lucrative ideas, but shareholders finally think the company can remain among the most important tech businesses in the market. 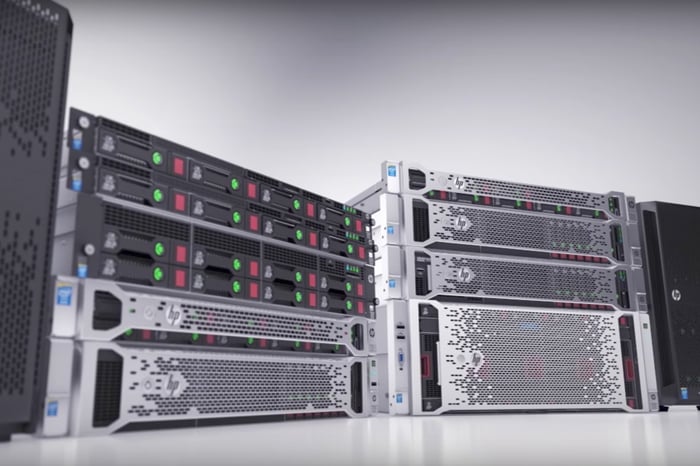 ArcelorMittal climbed more than 8% on a good day for the steel industry at large. Bad news from Japanese industry giant Kobe Steel centered on allegations of misconduct, and investors believe that Kobe's woes could have wider implications for the industry that could benefit other major global steel producers. ArcelorMittal also announced favorable early results on a tender offer to pay down various debt issues, buying back existing bonds maturing at various points over the next 25 years. Debt levels have been critical for steel producers, so ArcelorMittal is being smart about managing its balance sheet in hopes of better industry conditions ahead.

Sohu's subsidiary moves toward its IPO

Finally, Sohu.com jumped 13%. The Chinese online media, video, search, and gaming company saw its Sogou online search subsidiary file a registration statement for an initial public offering of American depositary shares. Sogou intends to list its shares on the New York Stock Exchange using the ticker SOGO, and investors are hopeful that the third largest Chinese search engine will be able to use its recent success in mobile search and monetization. A rebound in Chinese internet stocks has made the IPO timely, and Sohu shareholders believe that the parent company might well have picked an ideal time to cash in on its search engine's success.