Please ensure Javascript is enabled for purposes of website accessibility
Log In Help Join The Motley Fool
Free Article Join Over 1 Million Premium Members And Get More In-Depth Stock Guidance and Research
By Chris Neiger - Oct 15, 2017 at 7:00AM

The stock market is booming, but these newly minted stocks aren't feeling the love.

There's a lot of optimism in the stock market right now -- with gains in the S&P 500 up more than 15% year to date -- and that's helped encourage some private companies to embrace going public. But despite Wall Street's seemingly endless party, the post-IPO world has been anything but a celebration for Snap Inc. (SNAP 0.30%) and Blue Apron Holdings (APRN 12.64%).

The two companies have been bogged down by their own internal problems as well as facing huge challenges from competitors. Let's take a quick look at how the companies' share prices are performing, what's going wrong, and what it means for the companies over the long term. 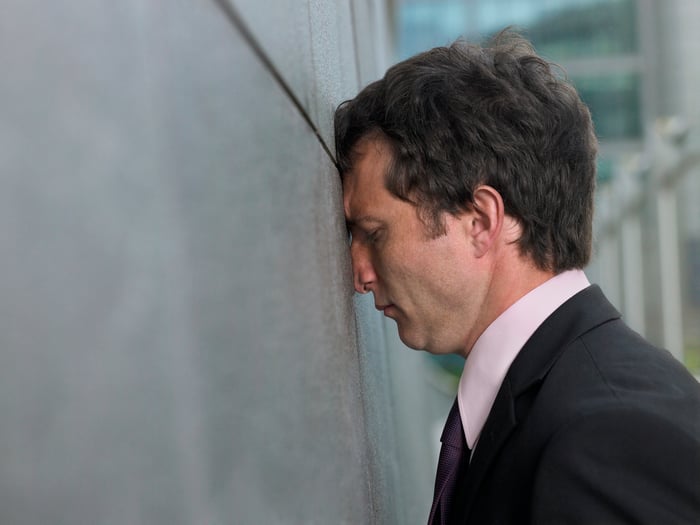 Since Snap went public back in March, the company's share price has plummeted nearly 40%. One of the first bits of bad news for Snap came when social-media juggernaut Facebook (META -0.76%) made a few changes to its flagship app that added new photo filters, similar to Snapchat's filters, and made it easier to access the camera. 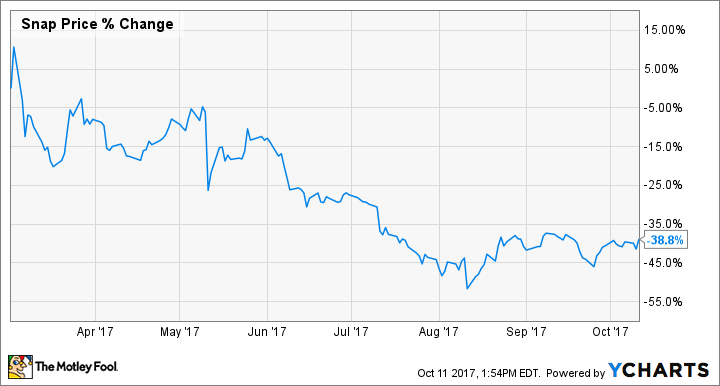 Facebook has copied several of Snap's ideas in the past and the move again showed that nearly everything about Snap's app can be replicated by its larger competitors. For example, Facebook's Instagram replicated the Snapchat's Stories feature about a year ago, and now Instagram users making Stories has surpassed the total amount of Snapchat users.

Snap's woes continued over the summer, when the company's share price plummeted 23% in July, after Credit Suisse analyst Stephen Ju lowered his price target from $30 to $25 because of the company's uneven growth.

The real problem for Snap became apparent in the second quarter, when the company's daily active users grew by just 21% year over year, and 4% sequentially, to 173 million. Snap should be seeing much more user growth this early in the game, and investors were unhappy the company didn't deliver.

In addition, Snap missed analysts's consensus revenue estimates in for the quarter, which weighed the company's share price down further.

Snap could turn things around, of course, but the company is off to a bad start after lackluster user growth and Facebook applying competitive pressure on nearly ever side.

Blue Apron, the meal-kit delivery service, got off to a very rough start after its IPO. The company went public on June 29, and the next month its share price plummeted 29%. Since its IPO, the company's share price has fallen nearly 50%. 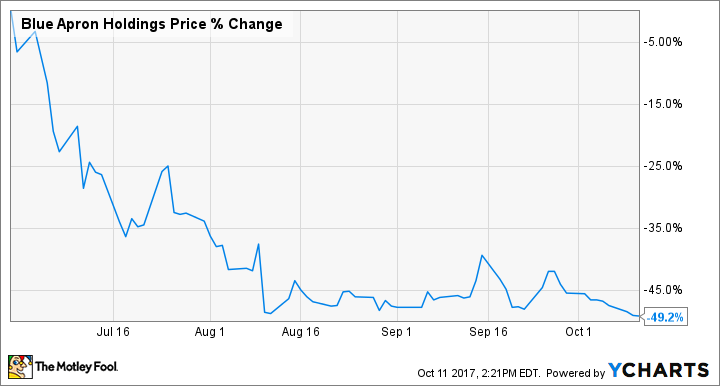 Investors haven't been happy with how much the company spends on marketing -- nearly 25% of its revenue -- and the fact that after people sign up for the service, they only make about four purchases per quarter. It's worth pointing out that Blue Apron's average revenue per customer fell to $251 in the quarter, down from $264 in the year ago quarter.

In addition, Blue Apron said in its second-quarter results in August that its customer numbers grew only 9% sequentially, which is bad news for a company that's both very young and spending lots of money to acquire new customers.

The icing in this terrible IPO cake is that Amazon.com (AMZN 3.15%) is currently testing out its own meal-kit service right now that could directly compete with Blue Apron if Amazon rolls it out nationwide. Amazon has moved further into the grocery business with its recent $13.7 billion purchase of Whole Foods, and with its new meal kits, the company could quickly become a dominant force in all things food and food delivery related.

Blue Apron isn't dead yet, but the company certainly has huge hurdles to overcome. It has to learn how to acquire customers without spending so much money, increase how much those customers are spending, and gear up for a potential meal-kit showdown with Amazon.

While the fates of Blue Apron and Snap aren't sealed, investors should be concerned with both of the company's problems right now. Blue Apron's failure to grow customers and revenue per customer are serious business problems that need to be addressed.

Similarly, Snap's inability to significantly grow its user numbers sequentially and the fact that it's seeing so many key features of its Snapchat app being siphoned off by Facebook doesn't instill confidence in the company's long term prospects.

Both companies will need to address their problems in the coming quarters to turn things around, or risk seeing their share price slide as they head into 2018.