Please ensure Javascript is enabled for purposes of website accessibility
Log In Help Join The Motley Fool
Free Article Join Over 1 Million Premium Members And Get More In-Depth Stock Guidance and Research
By Beth McKenna - Oct 15, 2017 at 10:32AM

Billionaire James Dyson is aiming to outdo Tesla on the electric-vehicle-battery-tech front.

At first glance, it might seem crazy that British engineering company Dyson aims to launch an electric car by 2020 that has a range 50% to 100% greater than models now on the market, enabling it to compete with electric-car superstar Tesla (TSLA 1.24%).

Not so fast. There are some solid reasons Dyson has a good shot at success in what's long been a notoriously difficult market for new entrants to crack. 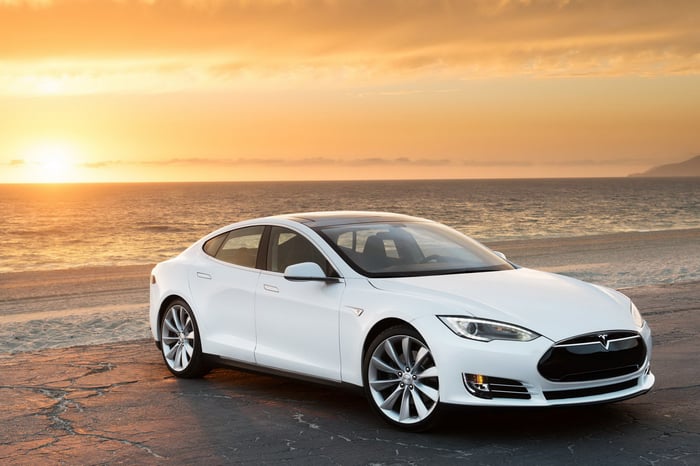 What we know of Dyson's electric-car plans

The privately held company's founder, prolific inventor James Dyson, announced at a news conference late last month that his company is developing an electric car that it aims to be on the roads by 2020. The news didn't come as a big surprise, as it's been widely speculated for some time that Dyson planned to throw its hat into the electric-vehicle (EV) ring, with chatter picking up when the company acquired a battery maker in 2015.

While Dyson revealed few details, we know more about the company's plans from a recent Wired interview with Dyson CEO Max Conze. We know that Dyson is aiming for the electric car to have a range that's 50% to 100% greater than the range of electric cars now on the market. (Tesla's 2017 Model S 100D, equipped with a 100 kWh lithium-ion battery pack, has an EPA-rated range of 341 miles, making it the longest-range EV currently on the market.)

Dyson will go it alone in engineering and manufacturing its electric car and plans to buy autonomous-driving software and systems off the shelf, rather than develop its own, Conze told Wired. He also said the company doesn't expect to invest in charging infrastructure, given that cars with such long ranges won't need to recharge that often. I've read criticism of this plan, but it makes great sense to me. Charging overnight should probably cover 99%-plus of all use cases for a car with a range greater than 500 miles. 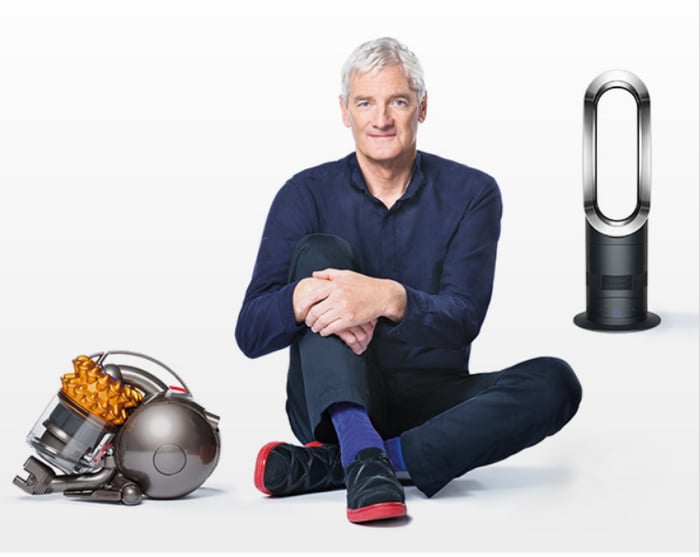 Why Dyson has a good shot at success

Dyson seems to have a good shot at developing and selling a desirable electric car with a range greater than any currently on the market, for the following reasons:

Before founding his company in the early 1990s, the tenacious Dyson spent five years designing thousands of prototypes of his flagship vacuum -- the first bagless vacuum that operates using cyclonic action -- and had to set up a manufacturing company since he wasn't able to sell his invention. Since then, Dyson has applied the same M.O. -- technologically improving commonly used electrically powered products for homes and businesses and charging a hefty premium for them -- to hand dryers, lighting, air purifiers, and hair dryers.

Dyson's solid financial position should enable it to fund its auto ambitions. In 2016, the company's revenue jumped 45% to 2.5 billion pounds -- roughly $3.1 billion, using an end-of-the-year exchange rate -- and its EBITDA (earnings before interest, taxes, depreciation, and amortization) soared 41% to 631 million pounds, or about $779 million -- and that's with spending a big chunk of revenue on R&D. The company commits 14.5% of annual revenue to R&D. While James Dyson's pockets might not be as deep as those of Tesla CEO Elon Musk -- whose net worth Forbes pegs at $21 billion -- his reported net worth of about $4.4 billion means he can afford to kick in some of his own cash, if need be, into his latest endeavor.

Dyson no doubt is betting that its battery technology will be its major ace in the hole with respect to developing an electric car with a range that puts the Model S to shame. In 2015, the company acquired Sakti3, a pioneer in solid-state batteries whose prototype battery cells have a high energy density, giving them the potential to pack more power into a smaller, lighter, and safer battery than today's most advanced lithium-ion batteries, according to Dyson. Dyson also has a couple of other levers to pull in its quest to improve range, including its expertise in electric motors and air flow.

Tesla is likely to remain the EV maker to beat for some time, in my opinion, thanks to its software expertise, clean-lined design aesthetic, extensive charging infrastructure network, and groupie-inspiring, brilliant CEO Elon Musk. That said, let's keep in mind that Tesla isn't profitable and will ultimately need to be if it wants to be a long-term success.

While the overwhelming odds are that Dyson doesn't present a threat to Tesla, investors shouldn't blow off the vacuum-cleaner maker as having no chance at succeeding in the high-end electric-car market. (Or in the energy-storage market, which I think it will probably enter if its battery tech is all that and a bag of chips, as it claims.)

Tesla investors should actually cheer this move and thank Dyson, as formidable competition should spur Tesla on to up its already amazing game.