The restaurant industry is slowly getting priced out of the labor market, and chains such as Shake Shack (NYSE:SHAK) that have led the charge to raise wages are now finding it's an expensive proposition. After saying just last year automation would not replace humans at its restaurants, Shake Shack is introducing a self-order kiosk at its newest New York City site. It might not eliminate employee counts immediately -- the kiosks will be manned by "hospitality champs" to ease the customer transition -- but it's obviously the first step in the process.

The reason for Shake Shack's apparent change of heart is that labor costs are rising. In New York, the minimum wage is rising to $13.50 at the end of this year and jumps to $15 per hour in December 2018.

Shake Shack has been an advocate for higher minimum-wage laws and voluntarily raised its own employee pay to $12.00 an hour last year. At the New York test site, workers will receive $15 an hour, which the chain says is a prelude to raising them across the board at all of its restaurants. 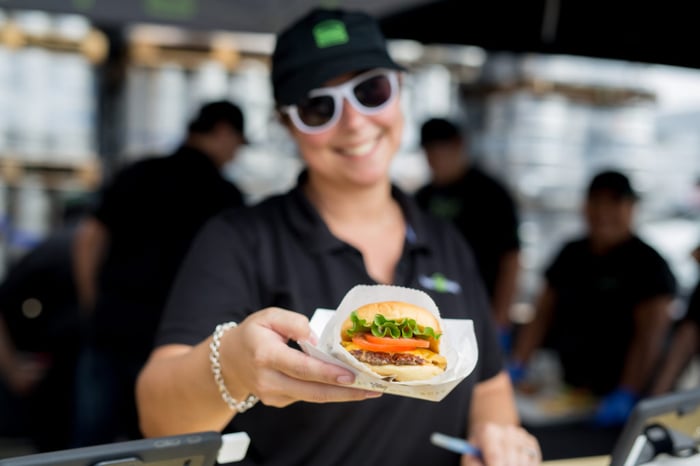 The problem is, Shake Shack's higher labor costs are hurting its top and bottom line. While wages were raised with a lot of publicity, so were menu prices, though without quite as much fanfare. Labor costs were specifically called out last quarter as the reason restaurant-level operating margins tumbled 200 basis points for the period, only slightly better than the 300-point drop they were responsible for in the first quarter, but much worse than the 60-point drop they caused for all of 2016.

Nation's Restaurant News quoted CEO Randy Garutti as saying earlier this year profits were secondary to taking care of employees. "If we go down as a percentage, it's because we're taking care of our team, but we're rising in overall sales and profit."

Except it's not quite working out like that. While overall sales have risen, that's only because Shake Shack is opening more stores. Same-store sales at locations open for at least two years are continuing to decline and over the first half of 2017 have turned negative.

Customer traffic is also down significantly, and the comps decline would have looked a lot worse had Shake Shack not raised its prices to cover the increased labor costs. 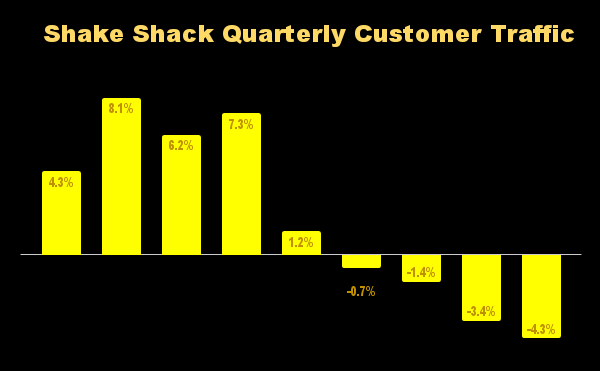 So while the company might have thought it could balance paying employees more, even it realizes it's paying a high cost to do so. By also making this test restaurant entirely cashless -- customers will use the kiosks or their mobile phones -- it's a move that will ultimately see cashiers eliminated.

Effects felt all across fast food

Of course, Shake Shack isn't the only restaurant having to contend with rising labor costs. McDonald's (NYSE:MCD) and Wendy's (NASDAQ:WEN) are both expanding the use of kiosk ordering, with the latter adding them to 1,000 restaurants.

The goal of introducing automation into the restaurants, whether it's a fast-food joint or a fast-casual chain, is to speed up service and improve the customer experience. Some analysts point to the experience of Panera Bread as an example of successfully implementing automation when it launched its Panera 2.0 initiative in 2014 and increased the number of employees because of the higher sales generated.

Yet the numbers don't seem to bear that out. In 2013, Panera had on average 29 employees per restaurant in operation, but last year it finished with 25 per location. Over the four years since, Panera has opened over 650 new locations while adding only 16 employees per site, suggesting it was only the new restaurants that pushed Panera's employment higher, not automation.

Employee figures at Shake Shack and other chains introducing self-ordering kiosks and other bits of automation will probably not fall right away, but particularly when a restaurant sees its costs going up and its sales and profits falling, it's a situation that can only lead to fewer jobs.