With its purchase of tbh, the social media giant is embracing positive anonymity.

Too often in today's online world, anonymity proves to be a bad thing. But with the help of a delightfully popular new app, Facebook (META -0.76%) is looking to change that for the better.

On Monday, anonymous poll app "tbh" (an acronym for "To Be Honest") announced it has been acquired by Facebook for an undisclosed sum. The tbh team, for its part, confirmed that tbh will maintain its brand and continue operating as a stand-alone service, only "now with plenty more resources." 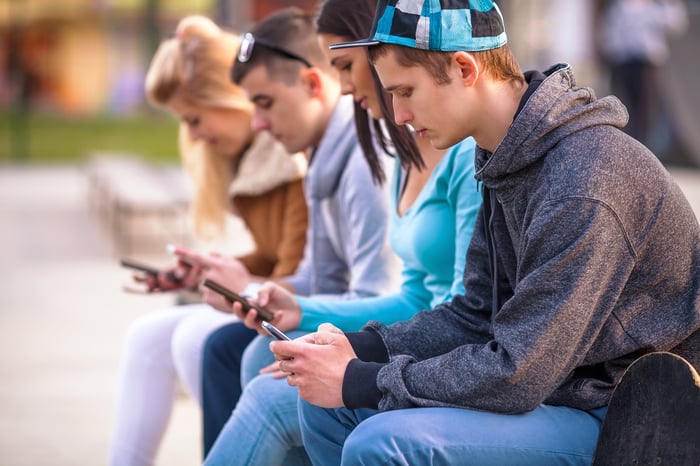 More specifically, tbh allows its users to anonymously answer questions about their friends in a multiple-choice format. But perhaps most important, all of those questions have a positive slant and aim to leave tbh users better off than they started.

You might be asked, for example, who has the best smile, who makes you laugh the hardest, or who's the best party planner. Each question allows you to choose your answer from a list of four friends, with options to shuffle those friends or skip the question if you so choose. In turn, your friends receive notifications and "gems" as rewards when their name is picked for any given question.

"We felt that people craved genuine and positive interactions in their online experiences," said the tbh team. "While the last decade of the Internet has been focused on open communication, the next milestone will be around meeting people's emotional needs."

The proof is in the pudding. Though tbh is currently only available in 37 states and still hasn't launched on Android, its team says the app has already garnered more than five million downloads, 2.5 million daily active users, and over 1 billion messages sent over the last few weeks alone.

Of course that's a drop in the bucket for Facebook, which most recently grew its daily active users in June by 17% year over year to a mind-boggling 1.32 billion. But it was still enough to vault tbh to the No. 1 spot among free downloads in the Apple App Store for much of last month. And combined with tbh's decidedly young user base comprised of mostly teenagers and high school students -- a demographic that Facebook has largely struggled to win over in recent years -- it was obviously more than enough to get Facebook's attention.

"When we met with Facebook, we realized that we shared many of the same core values about connecting people through positive interactions," the tbh team added. "Most of all, we were compelled by the ways they could help us realize tbh's vision and bring it to more people."

To be fair, that shouldn't be entirely surprising for those who've kept track of tbh since its launch. Almost a month ago, tbh's parent company, Midnight Labs, told TechCrunch, "We think the next milestone is thinking about social platforms in terms of love and positivity. We think that's what's been missing from social products since the inception of the internet."

In retrospect, when viewed through that lens it would have been more shocking if Facebook hadn't acquired tbh in these early stages. But if one thing is clear at this stage, it's that tbh is only just getting started. With Facebook's virtually unrivaled social media reach, I don't think tbh could have picked a better partner to more effectively make its vision a reality.