The Meet Group (NASDAQ:MEET) has gone through several transformations over the past year. The social meet-up and dating-app company has expanded quickly from its flagship Meet Me app into a company with five social-networking brands under the Meet Group parent company.

The company has grown by purchasing three companies over the past 12 months, which has built up both The Meet Group's user base and its revenues. The company's top line continues to be very dependent on advertising, but it's expanding its offerings to include more subscription services and in-app purchases as well. 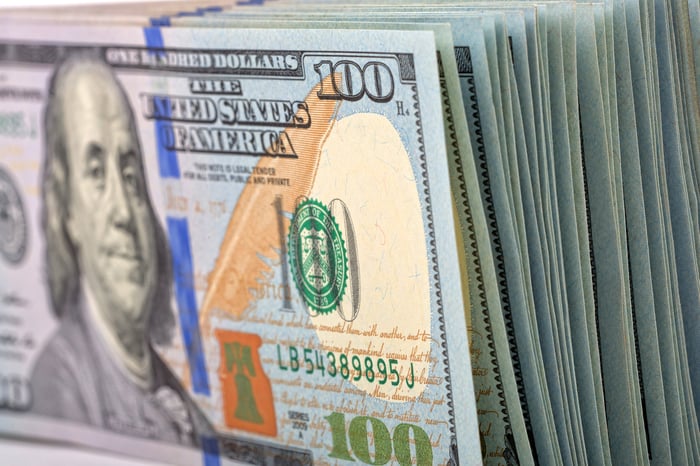 How The Meet Group makes money

The Meet Group increased its total revenue by 91% year over year in the second quarter, to $31.3 million. Here's what the company's sales look like over past five quarters. 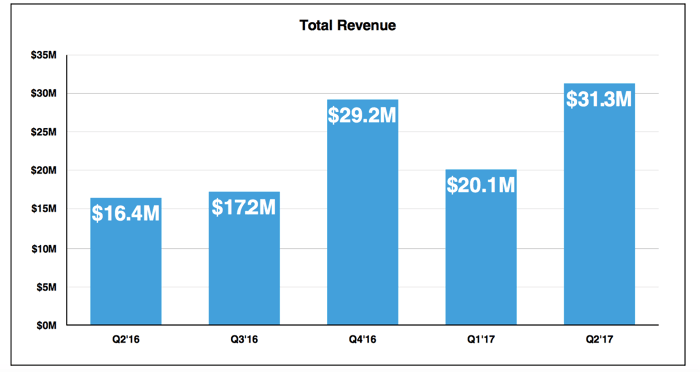 More than three-quarters of the company's top line comes from advertising, and the remaining amount comes from subscription services and in-app purchases. The company is leaning heavily on advertising, to be sure, but it's less reliant on it than it used to be. In the first six months of 2016, advertising revenue accounted for 84% of total revenue.

The Meet Group makes most of its advertising revenue through its Meet Me, Skout, hi5, Tagged, and LOVOO apps. Mobile revenue accounted for almost three-quarters of all revenue in the most recent quarter and grew by 55% during that time. The company breaks its mobile revenue into two categories: advertising, and in-app purchases and subscriptions.

Investors should know that The Meet Group isn't solely focused on advertising revenue though. Back in September, the company said its purchase of LOVOO, a German-based dating app, will help it expand further into in-app purchases and subscription revenue.

The Meet Group said in a press release, "The LOVOO acquisition is expected to expand The Meet Group's global footprint, increase the company's scale and profitability, and diversify its business model by adding expertise in subscription and in-app purchasing."

LOVOO has diversified revenue streams, with 48% of its top line coming from subscriptions, 24% from in-app purchases, and 28% from advertising.

Is The Meet Group profitable?

That drop comes as The Meet Group has invested in new acquisitions, but the company's profits should start to continue going back up. The Meet Group expects revenue to grow 50% to 66% for the full year, with EBITDA growing between 9% to 26%. If this year plays out the way management expects, then it'll be the third consecutive year of profitability for the company.

The Meet Group is smartly acquiring companies that are adding to both its top and bottom lines, and diversifying its revenue streams at the same time. Investors should see more growth from the company as it incorporates its acquisitions into the fold and learns how to better monetize them.