There was plenty to like about Google's new Pixel phones, but the jaw-dropping capabilities came from an unlikely candidate.

When Google, a division of Alphabet Inc. (GOOGL -2.81%) (GOOG -2.90%), had its big product reveal earlier this month, the star of the show was meant to be the new Pixel 2 smartphone. As the only Google-branded handset, the Pixel was the company's first foray into the smartphone hardware space. While Android phones have been around for years, those have been produced by other companies under a licensing deal from the search giant.

The Pixel 2 didn't disappoint, as the Google faithful found much to like in the smartphone, with some calling it "the best Android phone you can buy." Features including the aluminum unibody and high-end camera got rave reviews, though the highest praise was for the seamless integration of the Google Assistant. The voice-activated digital helper is grounded in the company's best-in-class artificial intelligence (AI), which is apparent in many aspects of smartphone.

It turns out, though, that the Pixel 2 was outdone by the Pixel Buds, Google's answer to Apple's AirPods. 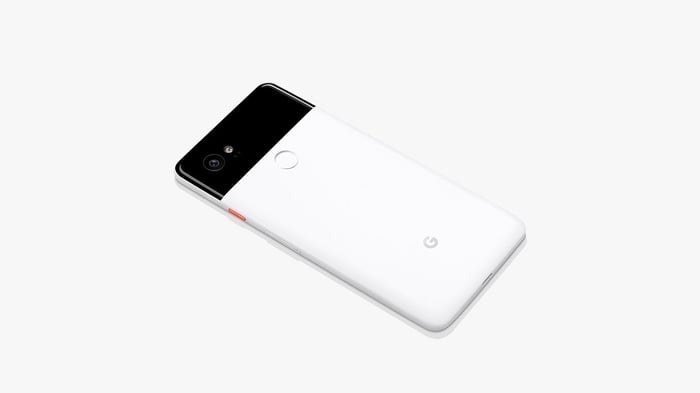 The Pixel 2 was shown up by its smaller accessory. Image source: Google.

The timing was no accident

It should be noted that the timing of the event was no coincidence, either, as it came just weeks after Apple Inc.'s (AAPL -2.75%) product launch for the iPhone 8 and the anniversary edition iPhone X. The new iPhone was a huge step forward for Apple's AI aspirations, and Google hosting its own event so soon after Apple's annual product reveal was designed to take the spotlight off of Apple's latest devices.

The scheduling also came just a week after Amazon.com, Inc. (AMZN -4.65%) revealed its new lineup of Echo voice-activated smart speakers. Google revealed an expanded line of smart speakers at its event, including the Max and the Mini, which will go head to head against several of Amazon's Alexa-enabled devices.

By strategically timing its product launch so soon after those of its competitors, Google was able to showcase some of the stunning capabilities of its devices, while being "front of mind" for current and potential customers for its devices.

Anyone familiar with Star Trek, the cult favorite 1960's television show, may remember the universal translator, which possessed the ability to convert the language of the speaker into the language of the listener in real time, then translate the response. The Babel fish, from the sci-fi classic The Hitchhiker's Guide to the Galaxy, performed a similar function. By placing the small, yellow, leech-like fish into the ear canal, it was able to instantly interpret from any language. Seems translation technology has finally caught up with science fiction.

This became apparent during the surprising product demonstration of the Pixel Buds, which can tap into Google Translate capability and convert speech into 40 different foreign languages in real-time, in the form of a voice emanating from the phone.

The user can tap on the right earbud and say, "Help me speak Italian" or one of the other supported languages to begin the process, and start speaking into the phone, which will then read aloud the translated speech. It also works in the reverse when the second speaker replies. 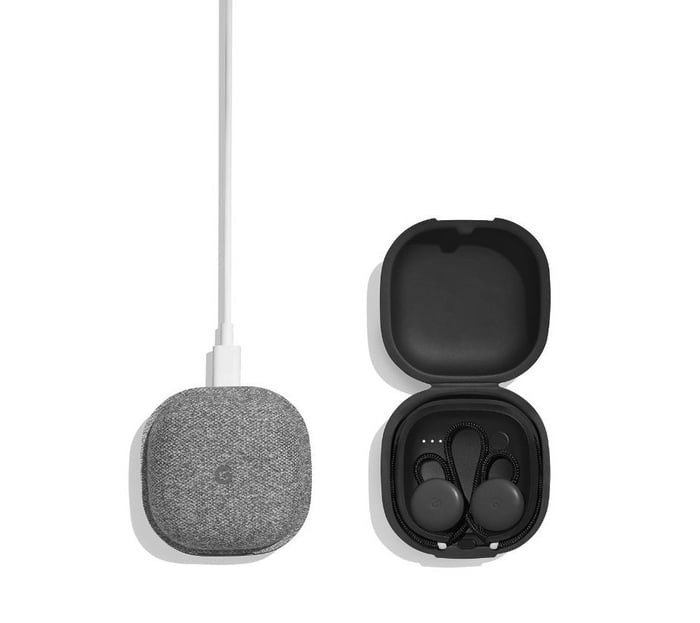 Pixel Buds are straight out of sci-fi. Image source: Google.

The latest wave of devices shows that Google is on a mission to more tightly integrate its emerging hardware business into its core software and AI capabilities. Linking Translate into its Pixel Buds was a stroke of genius, but it's also a clear indication of this trend.

Google is still clearly a search company, but by marrying its industry-leading AI with its branded devices, the company may finally give Apple and Amazon some real competition in the handset and smart speaker markets.