Thursday was a generally quiet day for the stock market, with major benchmarks finishing mixed. Poor performance among high-profile tech stocks helped send the Nasdaq Composite down almost half a percentage point, but the Dow and S&P 500 stayed closer to the unchanged mark. Sentiment remains relatively positive as earnings season continues to play out, and investors still seem hopeful that pro-business policies in Washington will lead to legislative action. Most market participants focused on individual stock names today, and General Electric (NYSE:GE), Concert Pharmaceuticals (NASDAQ:CNCE), and NVR (NYSE:NVR) were among the best performers on the day. Below, we'll look more closely at these stocks to tell you why they did so well.

Shares of General Electric rose 2%, making it the second-biggest gainer among the 30 stocks in the Dow Jones Industrials. GE has gone through considerable turmoil lately, with changes of leadership at the top pointing toward substantial shifts in the conglomerate's strategic vision. Fearful shareholders wonder if General Electric might have to cut its dividend. Yet GE will have its chance to explain its strategy when it announces its quarterly results Friday morning, and today's move suggests that at least some investors believe that CEO John Flannery will be able to explain the industrial giant's recent malaise and plot a path to better times ahead. 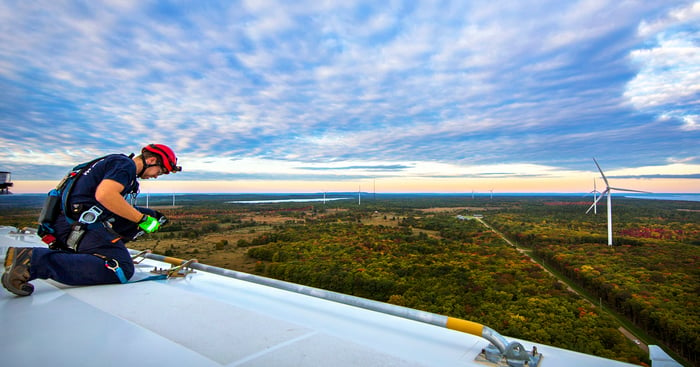 Concert gets a patent win

Concert Pharmaceuticals stock soared 18% after the small biopharmaceutical company got a favorable ruling from the U.S. Patent and Trademark Office. The body's Patent Trials and Appeal Board denied a petition by rival Incyte to review a patent covering Concert's CTP-543 candidate treatment for a form of hair loss known as alopecia areata. The decision essentially upholds the validity and enforceability of Concert's patent, and CEO Roger Tung was pleased, noting that the move "further supports Concert's technology approach." The news should further increase Concert's visibility among bigger players in the space, adding to the positive impact from the company's collaboration with another major biotech player covering a different candidate treatment.

Finally, shares of NVR climbed 8%. The homebuilder and mortgage banking company released its third-quarter results, which included a 10% rise in revenue that helped send earnings per share up by a third compared to the year-ago period. New orders climbed by more than a fifth to 4,200 units, and loan production for NVR's mortgage unit was up 6%. NVR has a special business model that has helped it avoid the risk of downturns in the real estate market, and investors can appreciate the fact that the homebuilder is still able to produce strong growth even with that protection in place.