Meal kit maker Blue Apron (NYSE:APRN) recently announced that it would lay off about 300 employees, or 6% of its workforce, in a bid to boost the company's "future growth." Employees in the marketing, software development, operations, and business development talent departments will be laid off, resulting in a $3.5 million charge.

CEO Matt Salzberg stated that the layoffs would "streamline decision making for greater accountability," but investors likely interpreted the move as another indicator that the company is in trouble. Blue Apron's stock tumbled 2.5% on Oct. 19 following the announcement, and is now almost 50% below its IPO price of $10. 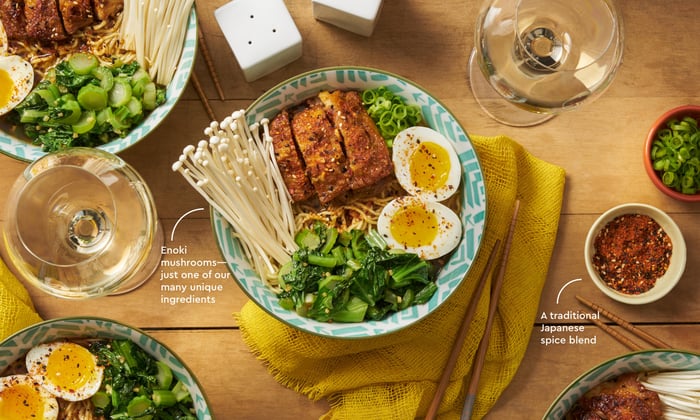 Blue Apron's IPO in June is widely regarded as one of the worst initial offerings of the year. The IPO was originally priced at $15 to $17 per share, but a lack of demand forced the company to lower its price to $10. But even that lower price seemed too high, as investors noticed three big problems with the company.

First, Amazon's (NASDAQ:AMZN) acquisition of Whole Foods and its meal kit partnerships with Martha Stewart and Marley Spoon strongly indicated that Blue Apron's days are numbered. The takeover of Whole Foods gives Amazon a network of hundreds of stores from which its meal kits could be delivered, while special deals for Prime members could undercut Blue Apron's prices.

But that's not all -- other rivals like Sun Basket, Green Chef, and HelloFresh, and Albertson's Plated could also win over Blue Apron's customers. HelloFresh recently told investors that it could overtake Blue Apron in the US in the second half of the year. 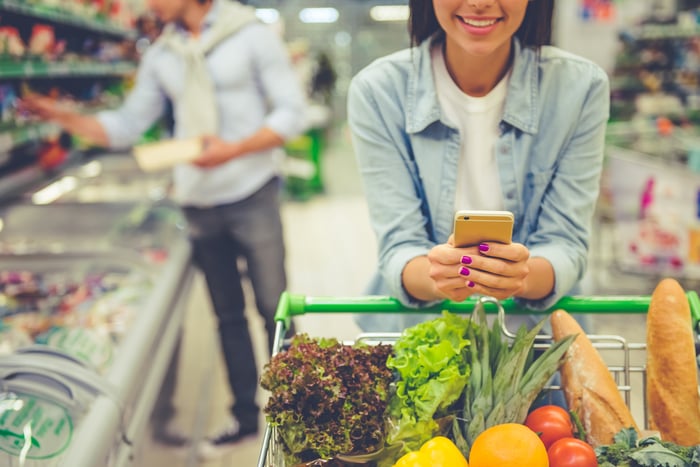 Second, Blue Apron's average revenue per customer fell from $264 to $251 between the second quarters of 2016 and 2017, suggesting that customer loyalty was waning. That trend is supported by a recent study by Emory University Assistant Professor Daniel McCarthy, which found that 70% of Blue Apron's new customers quit the service after just five months.

Lastly, Blue Apron's revenue growth is slowing and its losses are widening. Its revenue rose 18% annually to $238.1 million last quarter, but that marked a sharp slowdown from its 42% sales growth in the first quarter. Blue Apron attributed that decline to reduced marketing efforts, but cutting marketing expenses in the face of imminent competition seems very risky. But even with those marketing reductions, Blue Apron posted a net loss of $31.6 million for the quarter, compared to a profit of $5.5 million a year earlier.

Blue Apron is stuck between a rock and a hard place. If it keeps the same headcount as its revenue growth dries up, its losses will widen. If it slashes its headcount, it reduces its marketing and fulfillment firepower in the face of rising competition -- which might improve its margins at the expense of customer and revenue growth.

The headaches don't end there. Blue Apron raised $300 million from its IPO, but that was a third less than its original target. That shortfall, along with its slowing sales growth, delayed its expansion plans. As a result, the construction of its new fulfillment center -- expected to fulfill about 50% of its orders -- is now delayed.

Blue Apron also warned investors that the second half of fiscal 2017 could be even worse than the first, indicating that it expects companies like Amazon and HelloFresh to cause some significant pain. But instead of fighting back with fierce marketing blitzes to boost revenue growth and worrying about profit growth later, Blue Apron believes that slashing marketing costs and automating its order fulfillment process could stabilize its bottom line.

I believe that frugality isn't the right play for Blue Apron right now. Blue Apron should try to counter the competition before it worries about narrowing its losses, and it needs to do whatever it can -- including taking on more long-term debt (which rose from $44.5 million to $124.6 million in the first half of the year) to stay relevant. If it doesn't, Blue Apron could get buried by fierce competitors in the industry it helped create.