Will Electronic Arts deliver a trick or a treat for shareholders on Halloween?

Video game maker Electronic Arts (EA 0.96%) reports its fiscal second-quarter earnings on Tuesday, Oct. 31, right after market close, so you'll have plenty of time to get ready to hand out candy to scary little monsters and princesses.

The stock is up nearly 50% year to date, so investors will be very tuned in to what management has to say about performance of recent game releases, and its take on current trends impacting the company heading into the important holiday quarter. 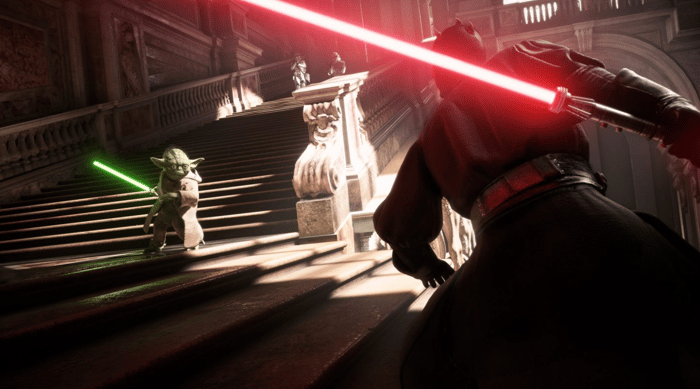 Management is calling for GAAP revenue to grow 6.3% year over year to $955 million. Operating expense will be up from the prior-year quarter due to investments in marketing, new games, and the development of live services. This is expected to result in a loss per share of $0.18 on a GAAP basis, worse than last year's loss of $0.13.

In the short term, the stock price will likely fluctuate based on whether the game maker meets or beats consensus analyst predictions of $1.18 billion in non-GAAP revenue and $0.54 in non-GAAP earnings per share.

EA released new versions of its two most popular sports titles during the quarter -- Madden NFL 18 and FIFA 18, both of which received good reviews overall. Rounding up the new-game releases for the quarter were NBA Live 18 and NHL 18. Keep in mind that the fiscal second quarter is expected to make up only 23% of non-GAAP revenue for 2018. A much more significant 39% chunk should come during the holiday quarter.

So far, recent and upcoming releases have generated twice as much interest on social media as last year's game slate, according to the company. Star Wars: Battlefront II will be the headline title for the holiday quarter and is expected to drive strong sales. Other fiscal third-quarter releases include a console version of The Sims 4 and Need for Speed: Payback -- two of the best-selling franchises in the industry.

Investors should listen for any updates from management about these upcoming releases, as they will be important to how well EA performs through the end of fiscal 2018.

Investors will also want to hear about EA's digital revenue. The growth of digital revenue has been driving higher margins and cash from operating activities. For the trailing-12-month period, digital revenue is up 23% and makes up 63% of total revenue. Since digitally delivered content costs less to produce than physical game discs, gross margin reached a company record of 73.2% in fiscal 2017 (ended in March), and management expects it to climb further to 74.9% for fiscal 2018.

The biggest contributor to digital revenue growth is live services, which grew 22% in the fiscal first quarter to $420 million. Live services growth has been driven by Madden and FIFA's Ultimate Team digital card game, as well as Battlefield 1's in-game content offerings.

Another important driver of digital revenue growth is the trend of players buying more games directly over their console or PC, instead of buying physical copies at retailers. Trailing-12-month digital sales of games (or full-game downloads) grew 50% to $751 million. About 34% of EA's unit game sales were digital through the first quarter, up from 27% a year ago.

The convenience of buying games directly over console will likely push gamers further down this path, which will only help EA's gross margin expand more.

Overall, investors should listen closely to how well Madden NFL 18 and FIFA 18 are performing, since Ultimate Team alone generated $832 million in revenue in fiscal 2017, and the titles are important contributors to EA's digital revenue growth.

And when management gives its updates for the holiday quarter, focus on how engaged players are with its current game roster heading into the third quarter, and on any word on live service offerings for new games.